Argument preview: For Fourth Amendment purposes, does it matter who is on the car-rental agreement? 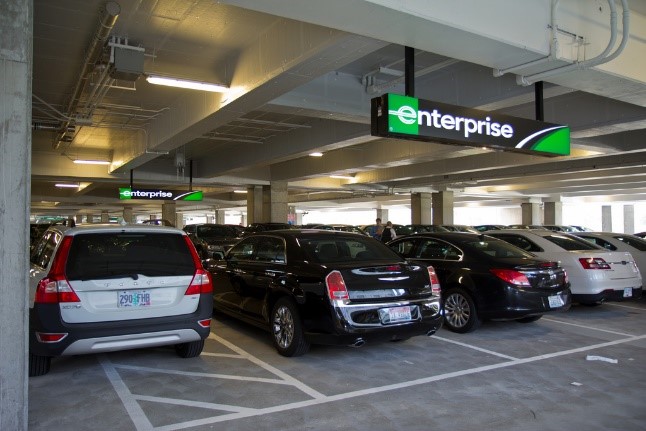 When you rent a car, there are often extra charges – as much as $13 per day – to have an additional authorized driver on your rental agreement. These fees can add up, but there could soon be another reason to pay them: Depending on how the Supreme Court rules in the upcoming case of a New

Jersey man, Terrence Byrd, drivers who are not listed as authorized drivers on the rental agreement may not be entitled to the same protections under the Fourth Amendment as those who are included on the agreement.

Byrd’s case began in September 2014, when Latasha Reed (whom Byrd refers to as his fiancée, but – the federal government points out – his presentencing report described as his “former girlfriend”) rented a car at a New Jersey car-rental facility. Reed signed a rental agreement that indicated that additional drivers were only permitted “with prior written consent.” When Reed left the facility, she allowed Byrd to take the wheel; shortly thereafter, he began a solo trip in the rental car from New Jersey to Pittsburgh.

While Byrd was driving on Interstate 81 in Pennsylvania, a state trooper pulled him over. After giving Byrd a warning for driving in the left lane, the trooper and his partner searched the rental car. They reasoned that they didn’t need Byrd’s consent because he wasn’t listed as an authorized driver and therefore had “no expectation of privacy” for the Fourth Amendment to protect. In the trunk of the car, the troopers found a laundry bag that contained a flak jacket and 49 bricks of heroin.

Byrd was indicted in federal court on two charges: possession of heroin with intent to distribute it and possession of body armor after a felony conviction for a violent crime. He argued that the heroin and flak jacket could not be used as evidence against him because the state troopers lacked probable cause to search the trunk. But the district court rejected that argument, agreeing with the government that Byrd could not have had a reasonable expectation of privacy in the car because he was not on the rental car agreement. Byrd then pleaded guilty and was sentenced to 10 years in prison.

On appeal, the U.S. Court of Appeals for the 3rd Circuit affirmed. Byrd asked the Supreme Court to weigh in, which it agreed to do in late September 2017.

The Fourth Amendment protects us from (among other things) the warrantless search of a place in which we have a reasonable expectation of privacy. In his brief at the Supreme Court, Byrd argues that his reasonable expectation of privacy in the rental car’s trunk doesn’t hinge on whether he owned the car. Instead he contends, what matters is whether he had “possession and control” over the car – which he did, he asserts, because the car had been rented by Reed, a close family member and the mother of his five children.

The federal government disagrees sharply, telling the court that having “possession and control” of the car doesn’t help Byrd’s cause at all. “If that alone were the test” for whether Byrd had a reasonable expectation of privacy, the government contends, then it wouldn’t even matter whether he had Reed’s permission to drive the car. Indeed, the government continues, under Byrd’s logic “even a car thief would have Fourth Amendment rights” because he would have possession and control of the car.

Byrd next argues that it doesn’t matter whether he was listed as an authorized driver on the rental agreement because that agreement is just a business contract, which has nothing to do with reasonable expectations of privacy. Instead, he suggests, the “authorized driver” provision of the rental agreement is simply intended to allow rental car companies to collect additional fees and shift liability for any accidents to the driver. In fact, he posits, “widespread noncompliance with the authorized-driver provisions is an open secret.”

Byrd then outlines a series of problems that, he contends, would flow from a ruling for the government. First, he warns, if the 3rd Circuit’s decision is allowed to stand, even the driver would not have any reasonable expectation of privacy if he violated the terms of the rental agreement – a common occurrence.

The government first counters that such a scenario is purely hypothetical and not presented by this case, because Byrd was not the authorized driver and had no reason to be driving the car. In fact, the government adds, the rental-car company would not have allowed him to rent the car because he has “prior convictions for conduct that includes riding in a stolen van and striking a law-enforcement officer with a vehicle.” But in any event, the government continues, violations of other provisions of the rental agreement – for example, the ban on driving while using a handheld cellphone – would not “have a direct bearing on who may operate the car.”

Byrd next suggests that under the government’s rule, police officers would have an incentive to pull over any rental car they see, in the hope that the driver would not be listed on the rental agreement and they could search the car.

But experience has not borne this out, the government responds. It emphasizes that Byrd has not cited any “actual evidence of the practices he fears in the jurisdictions where it has been the law for decades that an unauthorized driver lacks a legitimate expectation of privacy in a rental car.”

The third problem with the rule that the government proposes, Byrd asserts, is that it would create additional burdens for police officers, by requiring them to try to figure out exactly what the terms and conditions of the rental agreement are, and whether the driver was complying with them. One “friend of the court” brief supporting Byrd notes that, even if they are not specifically listed on a rental-car agreement, many people (for example, the spouse of the person renting the car) are nonetheless allowed to drive the car “either as a matter of state law or under the policy of the rental-car agency.” And another “friend of the court” brief stresses that a police officer’s job would be even more difficult in cases involving car- and ride-sharing services, such car2go, Zipcar, Uber and Lyft. Those services, the brief explains, use agreements that are stored online rather than kept in the car; the agreements differ from traditional rental-car companies’ and – depending on the specific business model – are also often different from their competitors’. The easier option, Byrd concludes, is to establish a bright-line rule that if the driver of a rental car has permission from either the owner of the car or the person renting it, he has a reasonable expectation of privacy.

The government dismisses this suggestion out of hand, telling the justices that written rental-car agreements – which are supposed to remain in the car at all times – make it easy for both courts and police officers to determine whether someone has a reasonable expectation of privacy.

Finally, Byrd contends that the Fourth Amendment also protected him from a warrantless search of the trunk because he had a property interest in the car: He was using it with Reed’s permission, even if Reed didn’t have permission from the rental-car company to let him use the car. That property right, Byrd emphasizes, gave him the right to have the car and to keep others from going into it; the only limits on his rights were the rights of Reed and the rental-car company.

Here too the federal government pushes back, countering that Byrd could not have had a property right in the car because Reed “could not legitimately allow him to take it.” The rental agreement, the government points out, was solely between the rental-car company and Reed; under it, not only did Reed lack the power to give Byrd permission to take the car, but she was in fact obligated not to let him drive.

Supporters for both sides caution the justices that the ripple effects from the court’s decision could be extensive. The American Civil Liberties Union, for example, predicts that a ruling for the government could have an outsized impact on lower-income drivers, who have often “come to depend on rental cars for everyday travel because they cannot afford to purchase their own vehicles,” and minorities, who are more likely both to rent cars and to be pulled over and searched while driving. And another of Byrd’s supporters suggests that such a ruling could also “make life harder for the residents of disaster-ravaged regions like Puerto Rico, Florida, and Texas, where the destruction of countless private vehicles has left many residents entirely dependent on rental cars as their primary means of transportation.” The state of Arizona, by contrast, notes that drug couriers, human traffickers and alien smugglers have all been known to use rental cars, implying that a ruling for Byrd could have equally pernicious effects.

Recommended Citation: Amy Howe, Argument preview: For Fourth Amendment purposes, does it matter who is on the car-rental agreement?, SCOTUSblog (Jan. 3, 2018, 11:34 AM), https://www.scotusblog.com/2018/01/argument-preview-fourth-amendment-purposes-matter-car-rental-agreement/