Argument preview: When a defendant in a capital case says “not guilty,” can his attorney say “guilty”? 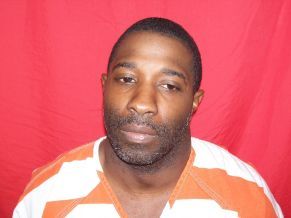 In 2011, Robert McCoy was tried on three counts of first-degree murder for the 2008 shooting deaths of Christine and Willie Young – the mother and stepfather of McCoy’s estranged wife, Yolanda – and Gregory Colston, Yolanda’s son, in Bossier Parish, Louisiana. Although McCoy steadfastly maintained that he was innocent, his attorney took a different tack, conceding McCoy’s guilt in an unsuccessful attempt to spare his life. Next week the Supreme Court will hear oral argument on whether the lawyer’s decision was a reasonable effort to make the best of a bad situation or instead a violation of McCoy’s constitutional rights, entitling him to new trial.

The path to McCoy’s trial was a rocky one. McCoy insisted that he was in Houston at the time of the murders, and that he was being framed by police in retaliation for revealing that local police were involved in a drug ring. But statements from two of McCoy’s friends put McCoy in Bossier Parish when the Youngs and Colston were killed, and implicated him in the murders.

After McCoy clashed with his public defenders, his parents hired attorney Larry English. But the relationship between English and McCoy wasn’t much of an improvement, particularly when (like the public defenders before him) English refused to subpoena witnesses who McCoy believed would help to exonerate him.

As McCoy’s trial approached, English urged him to plead guilty in exchange for a life sentence. Shortly before trial, English told McCoy that he planned to concede that McCoy had committed the murders. McCoy was “furious,” but English believed he had an “ethical duty to save” his client’s life, even if that meant going against McCoy’s wishes. McCoy tried to fire English and hire new lawyers, but the trial judge turned him down. English told the judge that, although McCoy wanted to present evidence of the alleged conspiracy against him in the hope of being cleared, English had concluded that the state’s case against McCoy was “overwhelming.” The court responded that, as the attorney, English should “make the trial decision of what you’re going to proceed with.”

When the trial began, English acknowledged to the jury that McCoy had killed the Youngs and Colston. But, he told the jury, the state couldn’t prove that he intended to do so – an essential element of a conviction for first-degree murder – because McCoy is “crazy” and “lives in a fantasy world.”

In his brief in the Supreme Court, McCoy emphasizes that the court has long recognized that, even if he accepts help from a lawyer, a criminal defendant has the right “to make certain basic decisions that shape his defense” – including the choice between conceding guilt or going to trial and requiring prosecutors to prove their case. This means, McCoy tells the justices, that once he told English that he did not want to admit his guilt, the Constitution prohibited English from going against those instructions, no matter how reasonable English’s proposed strategy might have seemed.

Louisiana counters that when a criminal defendant allows himself to be represented by an attorney, he “necessarily gives up some autonomy,” and the lawyer gets to make decisions. If the defendant disagrees with the lawyer’s decisions about strategy, and wants to have complete control over his defense, he should represent himself, which is what McCoy should have done. The Supreme Court, the state says, has never ruled that an attorney must “actively assist a defendant in putting on false testimony as a means to prove his innocence, nor has it required a trial court to protect the defendant’s pursuit of such a defense.”

The state acknowledges that in some situations, an attorney will need his client’s consent before moving forward. But this, the state stresses, is not one of those scenarios. In 2004, the state contends, the Supreme Court rejected the argument that a strategy of conceding elements of the crime “was the functional equivalent of a guilty plea and that express consent was required for counsel to use it.” In a capital case, the state continues, the Supreme Court “recognized that this defense may be the best and perhaps only viable strategy to save the defendant’s life when the state has overwhelming evidence the defendant committed the charged murders.” The state also assures the court that cases like McCoy’s are likely to be rare, because generally the attorney will believe that it is a bad strategy to concede the defendant’s guilt, the defendant will agree with his attorney that he should concede his guilt, or the defendant will seek out a new lawyer because he disagrees with the attorney’s strategy.

McCoy pushes back, telling the justices that the 2004 case does not help the state at all. Although the court ruled in that case that there was no violation of the Constitution when counsel conceded guilt after he consulted with the defendant but the defendant failed to respond, it did not address the scenario here, in which McCoy objected vociferously to English’s strategy. In the end, McCoy concludes, he should get a new trial, because – even if the evidence against him was strong – English’s decision to admit McCoy’s guilt “completely changed the adversarial framework of the proceeding.”

Among the “friend of the court” briefs filed in the case is one from the Cato Institute, a libertarian group, supporting McCoy. Like McCoy, Cato characterizes the question before the court as one of personal autonomy, asserting that the “right to maintain one’s own innocence is perhaps more fundamental to American justice than any of the other rights encompassed within a defendant’s autonomy.” But, Cato adds, a failure to preserve a defendant’s autonomy can have an effect well beyond the individual defendant: It can also have “dire consequences for the criminal justice system as a whole,” by creating the prospect of a “gross spectacle of a divided defense” that “undermines public confidence in the fair administration of justice.” Will either of these considerations appeal to any of the court’s more conservative justices? We’ll know more after next week’s oral argument.