Symposium: The importance of respecting precedent 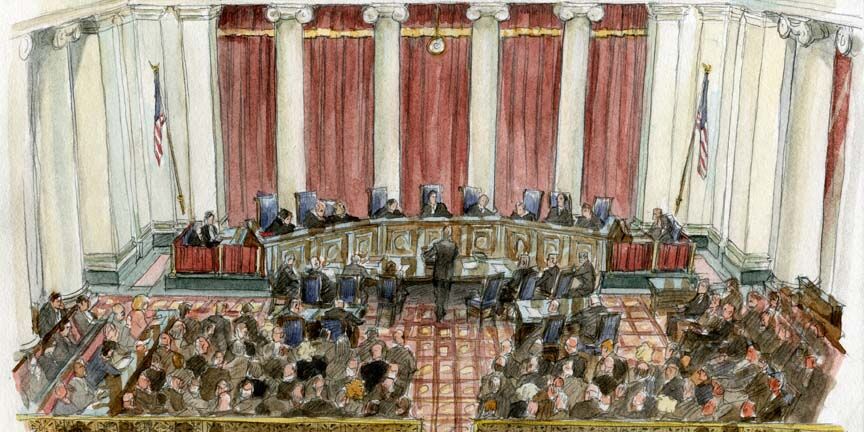 Michael B. Kimberly is a partner at Mayer Brown LLP and co-director of the Yale Law School Supreme Court Clinic. He filed an amicus brief on behalf of constitutional law scholars in support of the unions in Friedrichs v. California Teachers Association, on which this essay is based. Friedrichs presented a question similar to the one in Janus v. AFSCME and was affirmed by an equally divided court on March 29, 2016.

Were it not for the Supreme Court’s prior decision in Abood v. Detroit Board of Education, the question whether compulsory agency fees violate the First Amendment would be a challenging one. But there is more at play in Janus v. American Federation of State, County, and Municipal Employees than just the First Amend­ment. Underlying the court’s forthcoming decision is also an important question about stare decisis and what role it will play at the modern court.

Stare decisis has as long a pedigree in the American legal tradition as any other principle you can think of. Alexander Hamilton wrote in “The Federalist No. 78” that a robust respect for precedent is indispensable to preventing judges from exercising arbitrary discretion. And the Supreme Court itself — in decisions like Ex parte Bollman, dating to the very early days of the republic — has emphasized that stare decisis is critical to ensuring that legal rules are not “uncertain and fluctuating” or “liable to change with every change of times and circumstance.”

Stare decisis thus establishes a strong presumption favoring adherence to precedent in order to maintain respect for the rule of law and cabin judicial discretion. Concluding that a prior decision may be wrong — even one that interprets the Constitution — is not enough to justify overruling it. Instead, the Supreme Court must find what it has called a “special justification” to overcome the presumption in favor of upholding precedent.

Tellingly, in a substantial majority of cases over the past 50 years in which a constitutional precedent has been overturned, the court has been unanimous or nearly unanimous, with two or fewer justices in dissent. That makes sense for two reasons. First, as the court put it in Vasquez v. Hillery, its decisions are supposed to be “founded in the law rather than in the proclivities of individuals.” Second, stare decisis contributes not only to the actual integrity of the courts but also to the perceived integrity of the judicial process. All of this suggests that the justices should be open to overruling precedent only when the error in a prior opinion speaks for itself and is beyond serious dispute — and unanimity is a reflection of such circumstances. Overruling precedent when the correctness of the prior opinion is a close call raises doubts, in other words, about whether it is principles or politics that underlie the court’s decisions.

Stare decisis is also a matter of great practical importance to those regulated by the court’s decisions. For citizens to conform their conduct to the law in an efficient and predictable way — and for lawyers and other advisors to be able to give meaningful advice — the law must be relatively stable. In William Blackstone’s 18th-century words, stare decisis “keeps the scale of justice even and steady,” allowing citizens to venture with confidence in their professional and personal relations.

Given the important purposes served by the stare decisis principle, it is no exaggeration to say, as the Supreme Court did just two terms ago in Kimble v. Marvel Entertainment, LLC Enterprises Inc., that it is “a foundation stone of the rule of law.” Before departing from precedent, the court has therefore identified a number of considerations that it will take into account — and each weighs against overruling Abood.

First, the court is generally less willing to overrule a precedent that is long­standing and has created settled expectations. The correction of a relatively recent error that does not implicate long-established practice will be less disruptive and therefore less problematic and costly. The court’s reluctance to overrule older precedents is also enhanced when a unanimous court decided the prior case.

Abood is an old and very well-established precedent, and overruling it would significantly disrupt the legal ecosystem that has grown up around it. For example, the principle on which Abood rests — that government has significant leeway in its dealings with citizen employees — also supports the rule of Pickering v. Board of Education, in which the court held that the interest of the government, in its role as an employer, in promoting the efficiency of the public services it performs through its employees justifies restrictions of employee speech that would not otherwise be permissible under the First Amendment.

Because the conceptual foundation underlying Pickering and Abood is essentially identical, overruling Abood would risk undermining the First Amendment standards that apply to government regulation of employee speech. If the Supreme Court held that the government’s interest in regulating the workplace as an employer is not sufficiently weighty to justify limitations on employees’ associational activities, litigants would naturally begin to question Pickering’s application in the employee-speech context as well. It is therefore possible that if the Supreme Court overrules Abood, many restrictions upheld under Pickering would become constitutionally suspect. In that case, the impact of overruling Abood on government employers’ ability to manage the workplace would be substantial, indeed.

Second, and relatedly, the Supreme Court ordinarily evaluates whether the original case has generated strong reliance interests. As Justice Antonin Scalia put it in his concurrence in Walton v. Arizona, the court has been committed to “introducing certainty and stability into the law and protecting the expectations of individuals and institutions that have acted in reliance on existing rules.” These interests are especially strong in cases affecting property and contract rights, with respect to which individuals may have arranged their business affairs anticipating that the court’s decisions will not be overruled.

As it stands, 23 states and the District of Columbia have enacted statutes in reliance on Abood. These states’ entire collective bargaining schemes would have to be revised, statutorily and in practice, if Abood were overruled. Contracts entered into based on unions’ ability to provide specified services, funded through agency fees, would have to be renegotiated. And government employees’ existing reliance on unions’ abilities to negotiate effectively and to provide contractually required services would be eliminated.

Third, in deciding whether or not to overrule precedent, the Supreme Court assesses whether changing social attitudes or other factual circumstances have eroded the case’s foundation, as it did in Brown v. Board of Education, which overruled the separate-but-equal doctrine of Plessy v. Ferguson.

But here, there are no apparent changes in the relevant facts, social norms or legal principles. Abood’s basic premise — that the government’s vital interest in structuring its workforce permits it to take actions as an employer that would be unconstitutional in other contexts — has, in fact, been reaffirmed in a variety of circumstances since Abood was decided. If anything, the responsibilities of government employees have expanded in recent decades, making it even more essential that the government have flexibility when acting as an employer. Plus, the practical constraints on employees’ speech interests have lessened with developments in technology and social media, which make it easier than ever for individuals to share their views broadly and effectively.

Finally, the court typically assesses the precedent’s workability and may overrule a decision when it has proven unworkable in practice. To evaluate workability, the court often focuses on whether the prior rule is sufficiently principled for lower courts to apply it consistently. The Abood standard is plainly workable.

The justices’ recent expressions of concern for the appearance of the integrity of the judiciary counsel caution here. The Supreme Court’s decision in Abood 40 years ago was unanimous, and the court has reaffirmed and applied Abood’s holding in the union context as recently as 2009. To be sure, the underlying First Amendment question is a difficult one, and I doubt that Abood would have been decided the same way if it had been litigated more recently. But as the court has said time and again, mere disagreement with precedent is no basis for overruling it. Especially in these hyper-political times, affirming that the viability of precedents like Abood does not depend on changes in court personnel would do much to reaffirm the integrity of the judiciary.