Argument preview: The justices return to cellphones and the Fourth Amendment 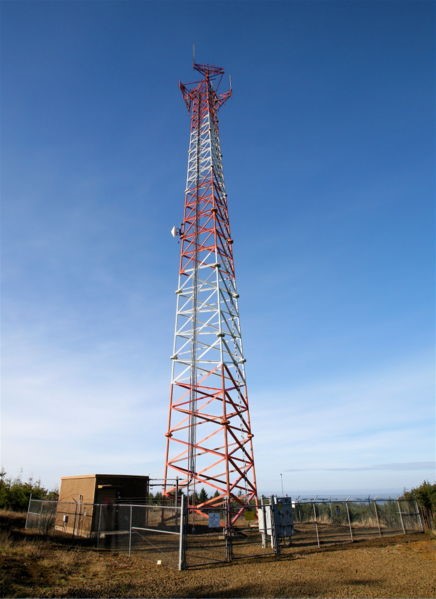 [Editor’s note: An earlier version of this post ran on July 31, as an introduction to the blog’s symposium on Carpenter v. United States, as well as at Howe on the Court, where it was originally published.]

In 1976, in United States v. Miller, the Supreme Court ruled that the bank records of a man accused of running an illegal whiskey-distilling operation were not obtained in violation of the Fourth Amendment, even though law-enforcement officials did not have a warrant, because the bank records contained “only information voluntarily conveyed to the banks and exposed to their employees in the ordinary course of business.” Three years later, in Smith v. Maryland, the justices ruled that no Fourth Amendment violation had occurred when, without a warrant and at the request of the police, the phone company installed a device to record all of the phone numbers that a robbery suspect called from his home, leading to his arrest.

These cases are often cited as examples of the “third-party doctrine” – the idea that the Fourth Amendment does not protect records or information that someone voluntarily shares with someone or something else. But does the third-party doctrine apply the same way to cellphones, which only became commercially available a few years after the court’s decisions in Miller and Smith? Justice Sonia Sotomayor, at least, has suggested that it should not: In 2012, she argued that the doctrine is “ill suited to the digital age, in which people reveal a great deal of information about themselves to third parties in the course of carrying out mundane tasks.” That question is at the heart of Carpenter v. United States, in which the justices will hear oral argument next week.

The petitioner in the case, Timothy Carpenter, was accused of being the mastermind behind a series of armed robberies in Ohio and Michigan. Law-enforcement officials asked cellphone providers for the phone records for 16 phone numbers, including Carpenter’s, that had been given to them by one of Carpenter’s partners in crime. They relied on the Stored Communications Act, a 1986 law that allows phone companies to disclose records when the government provides them with “specific and articulable facts showing that there are reasonable grounds to believe” that records at issue “are relevant and material to an ongoing criminal investigation”; the government does not need to show that there is probable cause to believe that a crime has been committed. Such requests have become a common tool for police officers investigating crimes – according to Carpenter, they are made in thousands of cases each year.

Investigators received several months’ worth of historical cell-site records, which indicate which cell towers a cellphone connected with while it was in use. Based on those records, investigators were able to determine that, over a five-month span in 2010 and 2011, Carpenter’s cellphone connected with cell towers in the vicinity of the robberies. After his arrest, Carpenter argued that the records should be suppressed because the government had not obtained a warrant for them. But the district court disagreed, and Carpenter was convicted and sentenced to almost 116 years in prison.

A federal appeals court upheld his convictions. Applying the Supreme Court’s decision in Smith(among others), it ruled that the government was not required to obtain a warrant because Carpenter could not have expected that cellphone records maintained by his service provider would be kept private. Carpenter then asked the justices to weigh in, which they agreed to do in June.

Carpenter contends that the disclosure of his cellphone records to the federal government was a “search” for which the government needed a warrant. At the heart of this argument is the idea that, as Sotomayor has suggested, times have changed, and cellphones are different from the more primitive phone technology and bank records at issue in Smith and Miller. Therefore, he tells the justices, they should not “mechanically” apply their earlier decisions, but should instead use a more “nuanced” approach that accounts for both the volume and precision of the data that is now available for cellphones. And, in particular, the fact that a third party, such as Carpenter’s cellphone provider, has access to his cellphone records does not automatically mean that he cannot expect those records to remain private.

But even under Smith and Miller, Carpenter continues, he would still prevail. To determine whether he can expect his records to be kept private, he contends, the justices should look at whether he voluntarily gave the records to his service provider. Here, he stresses, he did not do so “in any meaningful way,” because he did not affirmatively give information about his location to his service provider by either making or receiving a call. Moreover, he suggests, another factor that the justices should consider – his privacy interest in the information revealed by the records – weighs heavily in his favor. Most people have their phones with them all the time, he emphasizes, which means that cellphone records can show where someone was and what he was doing at any given time, even in places – most notably, at home – where he would expect privacy.

In a “friend of the court” brief, the Electronic Frontier Foundation and other privacy groups echo Carpenter’s arguments. In particular, the groups highlight how times have changed since the court’s third-party-doctrine decisions in the 1970s. Here, they observe, the SCA gives law-enforcement officials access to much more information than just the few days’ worth of dialed phone numbers at issue in Smith. Moreover, the data that can be obtained under the SCA are generated simply by the act of carrying a phone that has been turned on: It “is created whenever the phone tries to send and receive information, generally without forethought or conscious action by the owner.”

For the federal government, this case is a straightforward one, regardless of any “new technologies” like cellphones that may be involved. First, the government contends, Carpenter does not have any ownership interest in the cellphone records turned over to police by his service providers. Those providers, the government reasons, simply collected the information for their own purposes, which included a desire to “find weak spots in their network and to determine whether roaming charges” should apply.

Second, the government adds, Carpenter does not have any reasonable expectation of privacy in the cellphone records, which only tell the government where his cellphone connected with the towers, without giving it any information about what was said in his calls – a “core distinction,” according to the government. What Carpenter’s argument really boils down to, the government argues, is that “law-enforcement officers could infer from” his service-providers’ records that he was near a particular cell tower at a particular time. But, the government counters, “an inference is not a search.”

The federal government also pushes back against Carpenter’s suggestion that “broader privacy concerns” weigh in favor of Fourth Amendment protection for his cellphone records. Cellphone users like Carpenter know (or at least should know) how their phones work: by giving off signals that are sent to the cellphone providers through the closest tower. Therefore, the government contends, Carpenter “assumed the risk that the information would be divulged to police.”

Carpenter’s argument that cellphone records are somehow “more private” than the financial information that was not protected in Miller has no real support, the government tells the justices. And the information at issue in Carpenter’s case is more limited than in United States v. Jones, in which the Supreme Court ruled that the installation of a GPS tracking device on a suspect’s car, without a warrant, violated the Fourth Amendment. In Jones, the government points out, the police used the GPS device to follow the car’s movements continuously for 28 days, allowing them to pinpoint the car’s location to within 50 to 100 feet. Here, the government emphasizes, the only information that the government received was which tower connected with Carpenter’s phone when he was making the calls.

Carpenter’s case is not the Supreme Court’s first foray into the intersection of cellphone technology and the Fourth Amendment. In 2014, the justices ruled that police must obtain a warrant to search information stored on the cellphone of someone who has been arrested. In his opinion for the court, Chief Justice John Roberts emphasized that today’s phones are “based on technology nearly inconceivable just a few decades ago” and “are now such a pervasive and insistent part of daily life that the proverbial visitor from Mars might conclude they were an important feature of human anatomy.” And the justices made clear that their decision did not render the information on a cellphone completely off limits to police; it just meant that police officers will normally have to get a warrant. The justices may ultimately conclude that, as the federal government argues, giving law-enforcement officials access to information about where a particular cellphone has been is not the same as allowing them to review the kind of “detailed personal facts” available on the phone itself. But no matter what they decide, their ruling could shed significant new light on what limits the Fourth Amendment will impose on efforts by police to benefit from the significant technological advances in the 21st century.