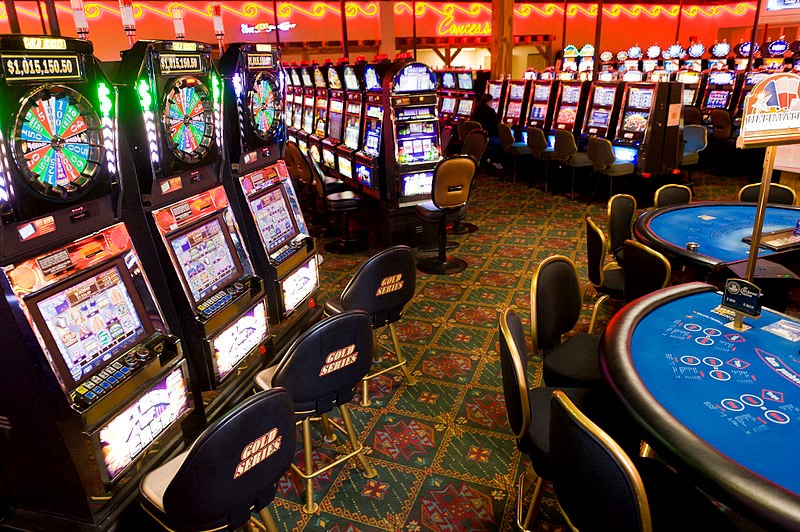 David Patchak probably never thought his complaint about the decision of the secretary of the Department of the Interior to take a tract of land near his home into trust for the benefit of a Michigan group known as the Gun Lake Tribe of Indians would net him two Supreme Court cases and a federal statute. Little did he know.

Responding to the tribe’s desire to build a casino, the secretary took the land into trust for the tribe in 2005. Patchak filed suit in 2008 claiming that the action was illegal, and has been in litigation with the secretary for most of the intervening decade, during which time the tribe has opened a profitable casino. The dispute seemed to turn on whether the tribe’s status under federal law had attained a required level of formality by 1934. The first time around, the trial court dismissed Patchak’s suit, reasoning that the casino’s effects on his property were not enough to give him standing and that in any event the United States had not waived its sovereign immunity for such a suit. Eventually, the Supreme Court decided to review the case; it decided in 2012 (Salazar v. Patchak) that Patchak did have standing and that the Administrative Procedure Act waived the secretary’s sovereign immunity.

Having lost in the courts, the tribe (and the secretary) turned to Congress, which obligingly adopted a brief statute called the Gun Lake Trust Land Reaffirmation Act. The statute does two things. First, it states that the land in dispute is “reaffirmed as trust land,” and that the “actions of the Secretary … in taking that land into trust are ratified and confirmed.” Second, the statute states that “an action … relating to the land [in question] shall not be filed or maintained in a Federal court and shall be promptly dismissed.” Responding to the statute, the district court promptly dismissed Patchak’s action and the court of appeals affirmed.

If this seems vaguely unfair to you, you have a future as a federal-courts scholar. It turns out that there is an ancient rule, dating to an 1872 case called United States v. Klein, in which the Supreme Court invalidated a federal statute because it improperly “prescribe[d] [a] rule[] of decision” for a pending case. As it happens, Klein is topical these days for a separate reason – it is one of the few occasions on which the Supreme Court has said anything about the pardon power.

Getting back on message: The decisions since Klein have been extraordinarily vague. All agree that Klein is still valid and thus that Congress cannot prescribe a rule of decision for a specific case. Having said that, it is also clear that the justices have given Congress tremendous leeway to come quite close to that result. Most obviously, Congress has considerable though probably not unlimited power to alter jurisdictional rules and have them apply to pending cases. So, for example, just two terms ago in Bank Markazi v Peterson, the Supreme Court upheld a statute that specified that a particular pool of assets – held since the Iranian Revolution – should be available to satisfy claims of victims of Iran-sponsored terrorist acts. The Supreme Court (over a biting dissent by the unlikely pair of Chief Justice John Roberts and Justice Sonia Sotomayor) held that the statute was constitutional because it changed the applicable law, rather than deciding the particular case.

The government argues that the Gun Lake statute should be upheld as a straightforward jurisdictional statute, valid under Congress’ acknowledged authority to define and alter the jurisdiction of the federal courts. Patchak points out, though, that the statute says nothing about “jurisdiction” or even “sovereign immunity”; it simply says that Patchak’s action “shall be promptly dismissed.”

Again, the government argues that the statute is just like the one upheld in Bank Markazi in that it changes the relevant law by declaring the land in dispute suitable for trust status. It should not matter that the change in the rules applies only to this case; that was true in Bank Markazi as well. For his part, Patchak points out that the statute does not in fact say anything about changing rules of law – it doesn’t, for example, waive the requirement that the Gun Lake Tribe satisfy the 1934 deadline. It simply “reaffirm[s]” that the land is “trust land,” “ratif[ying]” and “confirm[ing]” the secretary’s actions without ever declaring that they were proper in the first instance.

The most telling argument for the government is the recitation (in an amicus brief filed by a group of law professors) of the dozens of statutes Congress has adopted through the centuries resolving Indian land disputes and dealing high-handedly with Indian lands. It is notable that Bank Markazi emphasized Congress’ supreme authority over foreign affairs in its rejection of the Klein claim in that case. Congress’ plenary authority to regulate and protect Indian tribes leaves room for a similar resolution of this case without explicitly rejecting the Klein rule. Bank Markazi of course said nothing about Congress’s power over Indian affairs, so that result wouldn’t really follow from Bank Markazi. It would, though, afford the justices a way to decide the case narrowly, which seems to have been their goal in these cases.  The key thing to watch for in the argument will be any sense that any of the members of the Bank Markazi majority show a willingness to treat this case differently than they did that one.