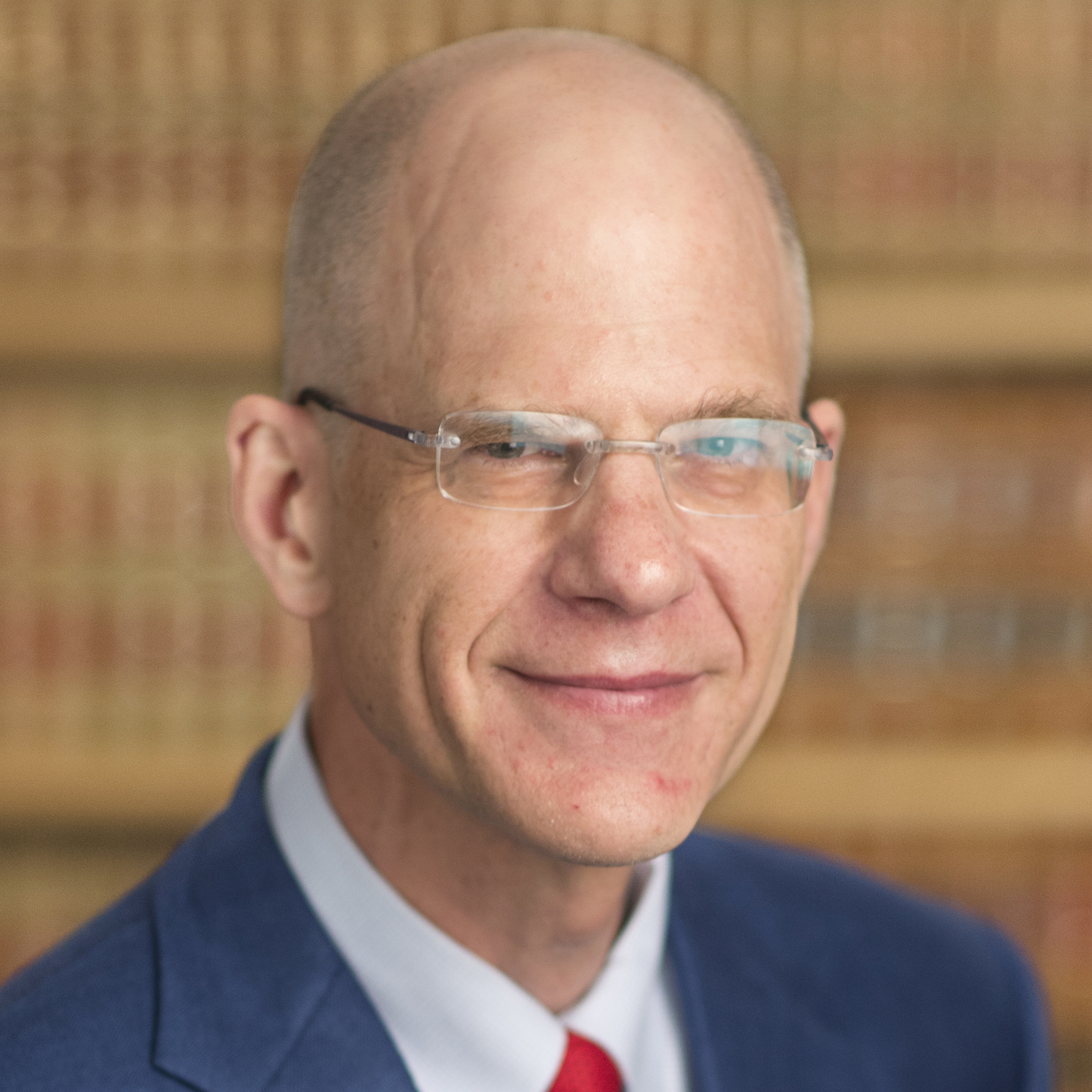 Edward B. Foley is the Charles W. Ebersold and Florence Whitcomb Ebersold Chair in Constitutional Law and the director of Election Law @ Moritz at The Ohio State University Moritz College of Law.

Will Gill v. Whitford get its “Wechsler brief”?

In New York Times v. Sullivan, the Supreme Court received perhaps the most influential brief in history. Herbert Wechsler, the renowned Columbia Law professor and author of the Model Penal Code (among many other accomplishments, including the famous “Fed Courts” casebook), had been hired by the newspaper to help defend against the libel charge filed in state court by an Alabama police commissioner. The Times had lost in the Alabama Supreme Court, and securing a reversal in the federal Supreme Court would be no easy feat.

Only a decade earlier, in Beauharnais v. Illinois, the Supreme Court had all but declared libel law off-limits to First Amendment protection. Justice Felix Frankfurter, widely regarded as an intellectual titan of his era, wrote that opinion. Although Beauharnais was technically distinguishable, the Times needed the Supreme Court to repudiate the jurisprudential presuppositions upon which it rested. Wechsler wrote a brief for the Times convincing the court to do just that. The court, by embracing Wechsler’s brief, converted it into the supreme law of the land, where it remains enshrined.

How did Wechsler do it?

He did it by reframing the relevant history. Beauharnais was premised on the fact that courts, going back to the origins of the country, had not recognized a First Amendment immunity in libel cases. That was true. But as Wechsler brilliantly argued, it was also beside the point. Because the plaintiff in the Times case was a public official, the relevant concept was seditious libel. The subject of sedition had been controversial since the founding. Specifically, the Sedition Act of 1798 deepened the emerging partisan rift between President John Adams and the Federalists, on the one hand, and Vice President Thomas Jefferson and the Democratic-Republicans, on the other.

The Supreme Court had never invalidated the Sedition Act on First Amendment grounds, a fact which would seem to support Frankfurter’s position. But the court also had never upheld the Sedition Act’s constitutionality, and Wechsler used that key point to turn the issue around. Although the status of the Sedition Act had remained ultimately unsettled in the judiciary, it had been ruled upon definitively in an even more important forum: the tribunal of historical judgment.

Here is how Wechsler’s brief put the point: “Though the Sedition Act was never passed on by this Court, the verdict of history surely sustains the view that it was inconsistent with the First Amendment.” This point became the centerpiece of the Supreme Court’s opinion in New York Times v. Sullivan: “Although the Sedition Act was never tested in this Court, the attack on its validity has carried the day in the court of history.” From this proposition, everything else flowed. The litany of cases cited by Frankfurter was superseded by this overriding historical judgment — a judgment that led the Supreme Court to protect the Times from a libel suit by a public official.

How is all this relevant to the issue of gerrymandering in Gill v. Whitford?

In Vieth v. Jubilerer, the Supreme Court’s previous gerrymandering case from a decade ago, Justice Antonin Scalia wrote an opinion not unlike Frankfurter’s in Beauharnais. Scalia’s main observation was that gerrymandering had been a prevalent practice going back to the founding and had not been rejected as unconstitutional by the courts. That observation is true as far as it goes, but (as Wechsler would say) it is beside the point. The judgment of history has been that gerrymandering is antithetical to the proper functioning of a free republic, which the Constitution (including its First Amendment) promises to secure.

James Garfield, for example, while he was in Congress before he became president, denounced the “evil” of his own gerrymandered district, although fully aware that he personally benefited from “a large portion of the voting people” in his constituency being “permanently disenfranchised” by a “practice” incompatible with “representative government.” Politicians, in other words, routinely did it – maybe even couldn’t help themselves from doing it – but, like drinking too much liquor, succumbing to this temptation did not make it right. Rather, the prevalence of the practice only reinforced the need for a constitutional constraint, so that the ordinary operation of politics (including the politicians themselves) could be protected from this abuse.

Here is the relevant analogy to the Sedition Act: The fact that prosecutions of seditious libel are part of America’s past, and were not judicially invalidated at the time, does not make them any less unconstitutional. The past is messy, and even otherwise honorable statesmen – like John Adams or James Garfield – have acted unconstitutionally in the ordinary course of political competition against their partisan adversaries. Not everyone at the time agreed that the Sedition Act was unconstitutional; the Federalists vociferously defended it. Nor did everyone in the 19th century agree that gerrymandering was intolerable; Elbridge Gerry surely didn’t. But this lack of unanimity in the moment of political battle is hardly dispositive on the correct constitutional understanding of the matter.

Rather, the question is how history has come to judge the behavior that occurred as part of America’s inevitably impure past. Does history ultimately deem an activity to be constitutionally acceptable – on the right side of history, so to speak? Or, instead, does history ultimately condemn the activity as constitutionally unacceptable – on the wrong side of history?

The Wechsler brief, embraced by the Supreme Court in New York Times v. Sullivan, put seditious libel on the wrong side of history and thus, of necessity, constitutionally out of bounds. The same can be said of gerrymandering.

The Wechsler brief is relevant to Gill in another way. It used the historical condemnation of the Sedition Act as the foundation upon which to anchor the doctrinal edifice that courts would need to construct in order to evaluate the constitutionality of state libel laws. The Supreme Court couldn’t simply say that the Sedition Act itself was unconstitutional and leave it at that. The Sedition Act was not directly at issue in the Times case; it was a federal statute that had long since lapsed, and the Times was at risk of liability from a state libel law that did not specifically invoke the concept of sedition. But in crafting the doctrinal details for determining when a public official could hold a newspaper liable for the content of its publication – the required elements of the claim, the standard of proof and so forth – the Supreme Court’s analysis (as guided by Wechsler) was firmly rooted in the fundamental proposition that a state law having the same essential characteristics as the Sedition Act, and thus belonging in the same category, must be held unconstitutional.

The same judicial methodology is employable in Gill v. Whitford. In framing the doctrine to determine whether a redistricting map is unconstitutional, the Supreme Court can anchor its analysis in the longstanding historical condemnation of the original Gerry-mander. Just as the Sedition Act is the touchstone for determining what is an unconstitutional libel law, so is the original Gerry-mander the touchstone for determining what is an unconstitutional redistricting map. Indeed, as I explore in a contribution to a William & Mary Law Review symposium, the measurable degree of distortion in the district lines of the original Gerry-mander can be used as the constitutional benchmark for establishing a prima facie case that a modern map is equivalently improper. (This constitutional benchmark can serve as the “judicially manageable standard” necessary to overcome the “political question doctrine” concerns that were so prominent in Vieth and are at issue again in Gill.)

There is an added benefit to rooting the constitutional analysis of gerrymandering in this historical analysis – a benefit illustrated by the success of New York Times v. Sullivan as a Supreme Court opinion that has stood the test of time. In its understanding of the relevant history, Sullivan identified a truth about our national character: We are not a nation that thinks it legitimate to punish sedition. In identifying this truth and making it part of constitutional doctrine, the Supreme Court in Sullivan helped to strengthen this national character. The Supreme Court, in effect, helped the nation mature into the country it was struggling, but striving, to be.

The court can play the same role in the context of redistricting. Are we a nation where it is okay, or not okay, to manipulate a legislative map so that “in practice,” as future president Garfield put it, “a large portion of the voting people are permanently disenfranchised”? In answering this question, the court in Gill v. Whitford will be determining not just who we are now as a people, but who we will become over the coming decades.

When we look back on the half-century since Sullivan, we see a legacy in which the Supreme Court itself contributed to America’s growth as a people committed to political freedom. Sullivan is entrenched as precedent precisely because it is now indelibly part of our national self-understanding. For Gill to be successful like Sullivan, it too will need to become woven into our sense of America as a democracy. The way for Gill to accomplish this is to declare: “Although the original Gerry-mander was never tested in this Court, the attack on its validity has carried the day in the court of history.” If the court says this, then 50 years from now – thanks in large part to Gill itself – we may have matured into the genuinely representative democracy we are still striving to be.