Legal scholarship highlight: Getting to know you – The unifying effects of membership stability

In the modern Supreme Court, public disagreement is often the order of the day. The current polarized political environment renders it natural to focus on what divides us rather than on what unites us. We reverse this focus in our research and explore centripetal social forces that draw people together. Specifically, we provide empirical evidence that increased interpersonal interaction between judges leads to greater consensus on federal appellate courts, even the Supreme Court.

Despite the old adage that familiarity breeds contempt, there is reason to believe that people who spend time together develop relationships that facilitate cooperation, compromise and agreement. Research indicates that early 19th-century legislators who both lived and worked together were more likely to reach consensus, even across party lines. Even Chief Justice John Marshall believed in the salutary effects of such an arrangement. According to G. Edward White, between 1815 and 1830 Marshall organized boardinghouse accommodations for the justices each year and ensured that all the justices stayed there together during the Supreme Court term. In a 1931 letter to Justice Joseph Story, Marshall explained his concern that geographic dispersal would undermine the unanimity of the court’s decisions. The data from Supreme Court terms during the relevant time period bear out this concern. As Figure 1 shows, dissenting votes decreased markedly in the 1816 term, after the justices began their new living arrangements. Conversely, dissenting votes spiked, and then began an increasing trend upward, in 1830, the final year that the justices lived together. 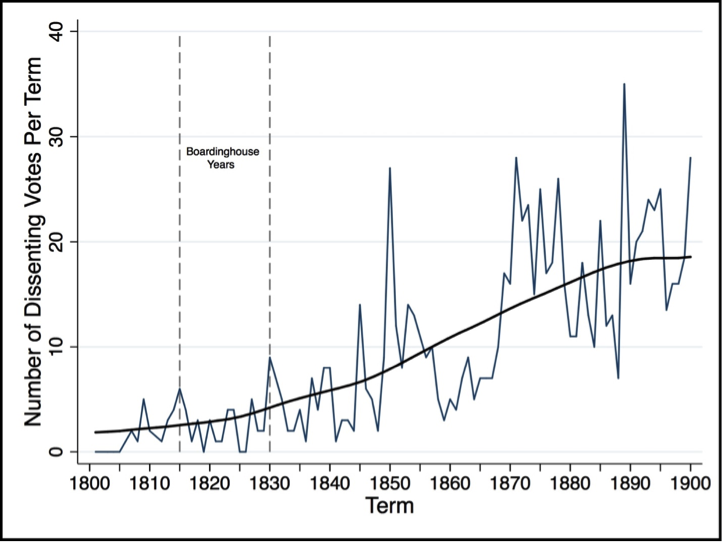 Figure 1: Dissenting votes in the U.S. Supreme Court during the 19th century

Although the age of the boardinghouse is long past, the spirit of the tradition lives on. Modern justices spend time together outside of work in many settings, including meals, social events and governmental functions. And, like Marshall, the justices believe that these experiences are important to the functioning of the court: Speaking about the role of food in the court’s history, Justice Ruth Bader Ginsburg referenced the boardinghouse era and noted the historical effectiveness of shared meals and lodging for fostering unanimity. The justices’ clerks also benefit from this experience. A former Supreme Court clerk who was initially skeptical about weekly happy hours wrote:

As things get busier and the amount of tension in the building increases, these happy hours serve as weekly reminders that, in fact, everyone still likes each other. No doubt, clerks continue to disagree — just like the Justices sometimes disagree. But the clerks disagree as colleagues, not enemies. […] Everyone is able to work together. The fact that every week, without fail, the clerks meet together in a social setting helps them get the job done at the end of the year when everyone is tired, stressed, and a little cranky.

These anecdotal accounts of court life, both past and present, suggest that justices (and appellate judges more broadly) may be less likely to dissent under conditions that facilitate closer relationships with their colleagues. Our research empirically examines how collegiality affects judicial consensus both in the Supreme Court and on the U.S. courts of appeals. We measure this effect by quantifying the duration and frequency of contacts between two judges. We hypothesize that a judge will be less likely to dissent from a majority opinion written by another judge when those two judges have had more extensive interactions. Federal circuit judges’ interactions vary quite a bit, but those of Supreme Court justices remain relatively stable. They all work in the same building and (mostly) hear the same cases. The length of time two justices have served together on the court necessarily varies over time, and some justices serve as long as three decades together. Analyzing the justices’ opinions in relation to the length of time they have spent together on the bench provides a way to explore whether any vestiges of the “boardinghouse effect” persist in an age of rising partisanship and polarization.

An increase in cotenure – the number of terms that two justices serve together on the Supreme court – should reduce the likelihood of dissent for at least two reasons. First, justices may suppress their dissent, signing on to a majority opinion they might otherwise dissent from because the social costs of a dissenting opinion outweigh the expressive benefits of publicly stating one’s dissatisfaction. Second, as two justices serve together for longer periods of time, their shared familiarity increases their ability to reach agreement. They gain a large store of information about each other’s likes and dislikes, knowing what their colleagues are likely to think on the issues that come before the court and, more importantly, what arguments and counterarguments are likely to sway them. In this sense, increased cotenure reduces the need to dissent because the potential dissenter is able to bargain with the opinion author, nudging the majority opinion toward her preferences.

An example of the voting behavior of two justices illustrates our theory. Chief Justice William Rehnquist and Justice Ginsburg sat together on the court for a relatively short period, just over a decade. Yet their dissenting behavior towards one another changed substantially from the first two years they shared on the bench to their last two years serving together. In the early years, Rehnquist dissented from 41 percent of Ginsburg’s majority opinions, and she dissented from 36 percent of his majority opinions. Yet in these justices’ final two years together those numbers fell to 24 percent and 25 percent respectively. The years did not erase the fundamental disagreements between Rehnquist and Ginsburg, but they do appear to have dampened their effect.

We estimated a statistical model of Supreme Court cases from 1955 to 2008 to test our theory more rigorously. A similar pattern emerges, even after controlling for other factors that influence the decision to dissent. Most importantly, we account for the relative ideological views of two justices (using Martin-Quinn scores). One might think that for two similarly minded justices, the passage of time may have little effect simply because they are very likely to agree from day one. Interestingly, such a conditional effect does not emerge. Increased time on the bench significantly decreases the probability of dissent both for pairs of justices with relatively similar political preferences and for pairs with fairly divergent views. These effects are illustrated in Figure 2. The solid red line shows that the probability that a judge dissents from an ideologically disparate colleague is always higher than the probability of dissenting from an ideologically similar colleague (the black line). Serving more years together on the court dampens the probability of dissent a similar amount in both instances. The size of the cotenure effect is somewhat moderate. A justice who has served with the majority opinion author for 30 years is about five percent less likely to dissent than he would be in his first year of service with the majority opinion author. 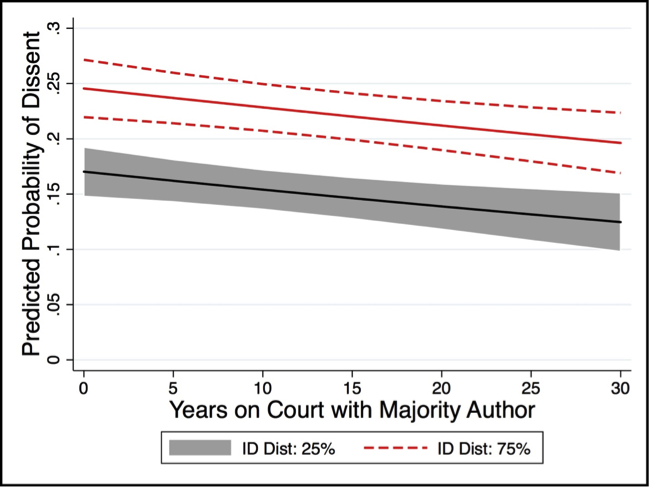 Figure 2: The effect of cotenure on the decision to dissent

The U.S. courts of appeals offer the opportunity to test more nuanced implications of our theory. In addition to cotenure, we measure variation in interpersonal interactions based on whether two circuit judges work in the same city or serve in a smaller circuit, where they are more likely to serve on a panel with any given colleague. As we hypothesize, these factors affect a circuit judge’s willingness to express dissent publicly. Judges who work in the same city, who have been on the circuit together longer and who have a higher probability of serving on the next panel with a colleague are all significantly less likely to dissent. Moreover, in this context, we find that such effects are conditioned by ideology. The extent of interpersonal interaction has a more substantial impact when two judges’ divergent ideology makes them particularly likely to disagree. In fact, the evidence indicates that in some cases the impact of increased collegial contact can even render the impact of ideology irrelevant to the decision to dissent. For example, the ideological distance between two judges is not a significant predictor of dissent when two judges have their chambers in the same city.

In short, our results suggest that the institution that stays together decides together. Elected officials are motivated to place relatively young justices on the Supreme Court to maximize their impact on the court’s jurisprudence. This move has the unintended consequence of leading to greater membership stability. Our research indicates that this stability can generate increased consensus over time, even between pairs of justices placed on the court by diametrically opposed political regimes. The primary factor that changes between two justices over time is how well they know each other. This suggests that our findings also indicate the importance of the many meals and other social events justices share over the course of each term. Although suggesting a return to the boardinghouse days of Chief Justice Marshall is hardly practical, there may be a good reason for the justices to linger over dessert or crack open another bottle of wine.