In Town of Chester v. Laroe Estates, to be argued on April 17, the Supreme Court will consider an issue that it expressly declined to decide in 1986, that has split courts of appeals and that has played a silent role in some significant constitutional litigation, most recently the first round of marriage-equality cases: the connection between intervention as of right under Federal Rule of Civil Procedure 24 and Article III standing. The question is whether a party seeking to intervene as a plaintiff as a matter of right under Rule 24(a)(2) must show that he has standing to sue – that he has suffered a concrete, particularized, impending and non-conjectural injury that is traceable to the defendant’s conduct and redressable by a judicial order. 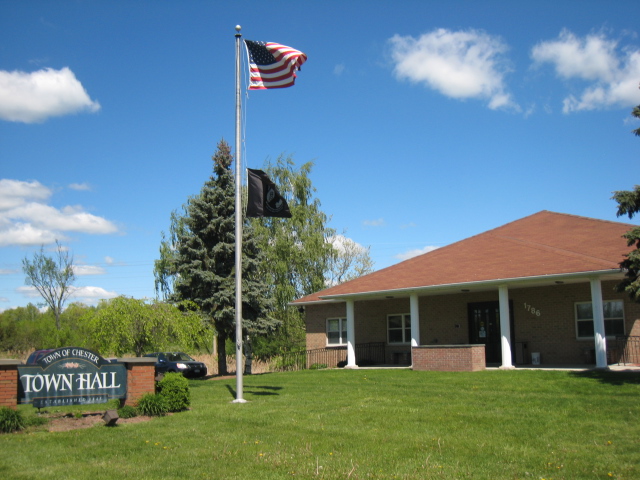 Beginning in 2000, Steven Sherman (who died during the litigation) sought approval from the town of Chester, New York, to develop a 400-acre parcel of land into a residential subdivision. Chester stymied those efforts by enacting zoning regulations and taking other actions that prevented approval of the development project. In 2003, Sherman contracted to sell Laroe Estates, Inc., three parcels from the 400 acres, pending approval of the development project, with Laroe making interim payments that ultimately totaled $2.5 million.

In 2008, Sherman began pursuing constitutional regulatory takings claims against Chester. He voluntarily dismissed a federal-court action. He then sued in state court, only to have Chester remove the case to federal court. The district court dismissed this action as unripe, but the U.S. Court of Appeals for the 2nd Circuit reversed and remanded to the district court. When the action returned to the trial court, Laroe moved to intervene as of right. The district court denied the motion as “futile,” because Laroe lacked standing; the 2nd Circuit reversed, joining one side of a circuit split holding that an intervenor-as-of-right need not independently establish standing, so long as a live Article III case or controversy exists by virtue of an original plaintiff with standing.

Arguments of the petitioner and the United States as amicus curiae

Standing seeks to control the power of the federal judiciary by limiting courts to resolving live “cases or controversies” at the behest of a plaintiff who has suffered a concrete injury. This case meets that standard. Sherman (and his estate, continuing his claim) was injured by Chester’s allegedly constitutionally invalid efforts to prevent his redevelopment plans. And courts routinely decide cases in which multiple plaintiffs seek the same relief, so long as one plaintiff has standing, without inquiring into whether all have standing. Neither Chester nor the United States contests those two points.

Chester identifies another purpose of standing – to limit the range of litigants who can invoke the judicial power and burden other litigants with that power, not only in obtaining definitive ultimate rulings, but in day-to-day procedural and litigation tasks. Courts issue (through litigants’ attorneys) and enforce subpoenas to obtain discovery from non-parties; courts compel parties to take or refrain from taking some actions in discovery; and courts resolve dispositive and other motions. Parties also can burden others in the litigation process – through discovery demands or by making them appear for a deposition – enforced by threat of judicial compulsion. Article III demands that these exercises of the judicial power and party-imposed burdens be imposed only at the behest of parties who have a concrete and particularized interest in the action.

In Chester’s view, this requirement extends to intervenors, who gain and enjoy full party status. Like a party, an intervenor can ask the court to resolve a claim or issue a remedy that no other party has raised, seek production of documents or command that party appear for a deposition, and seek an order compelling compliance and imposing sanctions for non-compliance. Allowing this to be done at the behest of an intervenor without standing, Chester argues, would cause the court to “break its constitutional restraint” and increase its power, taking steps that it would lack the authority to take absent that intervenor.

Chester and the United States diverge over whether an intervenor always must establish standing. Chester argues that the intervenor must have standing before acting like a party to litigation in any way, including in day-to-day procedures that burden other parties. The United States, on the other hand, maintains that an intervenor need not show standing if she seeks only to make arguments in support of the claims of the original parties, but must show standing if she attempts to expand the range of issues before the court, by, for example, adding new claims or requesting different remedies. This leaves courts with two possible approaches: One is to make standing a threshold requirement for any intervenor; the other is to allow intervention and conduct the Article III inquiry only if and when the intervenor seeks to expand the issues before the court.

But Chester and the United States converge around a conclusion: Standing is a prerequisite for intervention because Rule 24(a), the rules threshold, is at least coterminous with (if not more demanding than) the constitutional threshold.

Rule 24(a)(2) requires that a court allow a party to intervene when the would-be intervenor:

claims an interest relating to the property or transaction that is the subject of the action, and is so situated that disposing of the action may as a practical matter impair or impede the movant’s ability to protect its interest, unless existing parties adequately represent that interest.

Although the Supreme Court in Diamond v. Charles declined to decide the precise relationship between that standard and standing, the “most natural reading” of the rule and the court’s other precedents shows that intervention requires a “significantly protectable interest” that is “direct and concrete” and “particularized” to the litigant, not “abstract” or “speculative. That phrasing mirrors, word for word, the elements of Article III standing. Therefore, in establishing that she is entitled to intervene as of right, a party necessarily establishes that she has standing.

Arguments of the respondent

Laroe begins by emphasizing the longstanding premise that Article III is satisfied when one plaintiff has standing to bring a particular claim and seek particular relief. It is unnecessary – indeed, wasteful and contrary to doctrine of constitutional avoidance – to undertake the often-difficult inquiry into whether every other plaintiff asserting the same claim and seeking the same relief also has standing. Laroe walks through cases from all levels of the federal judiciary that have awarded or affirmed judgments without considering the standing of prevailing plaintiffs, so long as at least one other plaintiff had standing. Courts conduct separate inquiries only when some plaintiffs assert additional claims or seek additional remedies, beyond those of the plaintiff with established standing. Those principles apply to intervenors to the same extent as original parties, because, as both Chester and the United States concede, there is no difference between a plaintiff and an intervenor-plaintiff. In Diamond, the court acknowledged that had the state appealed the adverse judgment, the intervenor could have “ridden ‘piggyback’” to participate as a full party on appeal. In Laroe’s view, Diamond’s logic applies to intervention in the district court as well.

A separate standing inquiry for an intervenor is necessary or appropriate only when the intervenor seeks to assert new claims or new remedies beyond those requested by a party with standing. Most intervenors only add new arguments, perspectives and evidence with respect to existing claims. Should an intervenor later seek to expand the claims or remedies in the case, a standing inquiry becomes appropriate. But conducting such an inquiry at the threshold and in every case is pointless.

Laroe rejects Chester’s broad view of standing as a limitation on who can act as a party to litigation. In addition to pointing out that the United States does not go as far, Laroe notes that defendants, including intervenor-defendants, act as parties to litigation, yet no inquiry is made as to their standing. Such “ancillary case-management questions were not the impetus for Article III’s restrictions on judicial power.”

Finally, Laroe challenges the connection between the requirements for standing and the requirements of FRCP 24(a). Laroe first insists that this argument is beyond the scope of the question on which the court granted certiorari, which focused on Article III, and in which Chester disclaimed any reliance on the rule. Second, Laroe rejects any overlap between Article III and the rule, notably over the interest element. Although an injury must be “certainly impending” to confer standing, Laroe observes, intervention is permitted to protect an interest that is not so immediately imperiled. Courts often allow parties to intervene to protect interests that would not have supported their standing and that are “too attenuated” to satisfy Article III. Third, Laroe traces the history of intervention and the multiple times the court has amended the rule, arguing that this history shows an uninterrupted move to expand and liberalize the procedure, furthering its purpose of ensuring that judicial processes not be used to prejudice the rights of interested third parties. Miring intervention in the rigid requirements of Article III runs counter to that purpose.

Two amicus briefs are worth noting. The first is from Nancy Sherman, Steven Sherman’s widow, urging reversal but not supporting either party. Sherman urges a two-tier approach to standing and intervention. An intervenor gains “full party status” only if it has standing to sue in its own name, including against the party on the same side. Otherwise, an intervenor only can assist or aid the party on whose side it intervenes, but cannot control the litigation – it intervenes only to exercise “a voice, but not a veto.” The second is from Aaron-Andrew Bruhl, a professor at William & Mary Law School. Bruhl urges the court to go one step further and reject the “one good plaintiff” rule in favor of requiring that all participating plaintiffs demonstrate standing in all cases, even when all plaintiffs present the same issues and seek the same remedies.