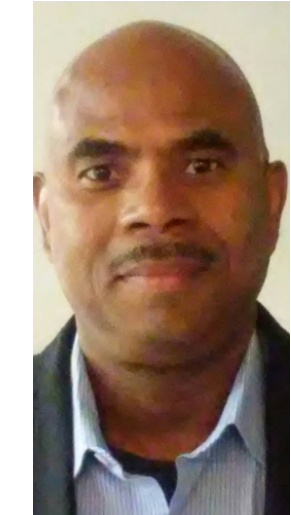 In 2012, in Kloeckner v. Solis, the court appeared to resolve the question of the appropriate forum for federal civil-service employees appealing decisions of the Merit Systems Protection Board in “mixed cases” (cases alleging an adverse employment action that also violated a federal anti-discrimination statute), holding that those decisions must be challenged in federal district court. But in Perry v. Merit Systems Protection Board, to be argued April 17, the court returns to the issue to decide whether, as the U.S. Court of Appeals for the District of Columbia Circuit held, the answer is different when the MSPB rejects the employee’s claim for lack of jurisdiction because the adverse employment action is not appealable, rather than on the merits or on some procedural ground.

Under the Civil Service Reform Act, federal employees who suffer serious adverse employment decisions, including termination, seek administrative review before the MSPB, with judicial review of the MSPB’s order or decision in the Federal Circuit. Judicial review is fairly circumscribed.

A federal employee also can bring a “mixed case,” alleging that he suffered an adverse employment action that is appealable to the MSPB and that the basis for the action was discrimination prohibited by a number of federal employment-discrimination statutes — including Title VII, the Age Discrimination in Employment Act and the Americans With Disabilities Act. Under 5 U.S.C. § 7703(b)(2), mixed cases and pure discrimination cases can be pursued in accordance with the relevant employment discrimination law – that is, through a civil administrative proceeding before the Equal Employment Opportunity Commission, followed by a civil action in an appropriate district court and appeal to a regional federal court of appeals.

Alternatively, under 5 U.S.C. § 7702(a)(1), an employee can bring a mixed case to the MSPB, which must decide both the appealable adverse employment action and the issue of discrimination. In Kloeckner, the court held unanimously that the statutory framework established “in crystalline fashion” that when an employee takes a mixed case to the MSPB, the Board decision must be challenged in federal district court, whether the MSPB rejected the employee’s claim on the merits or on some procedural ground.

The petitioner, Anthony Perry, worked as an IT specialist for the Census Bureau for almost thirty years. Beginning in the mid-’00s, he negotiated informal working arrangements with his supervisor to help deal with developing osteoarthritis, including taking breaks during working hours and making up missed time and projects after hours. Perry also filed complaints for discrimination based on race, age, and retaliation for those complaints. In June 2011, the Bureau sent Perry a notice of proposed removal, citing his absences during working hours, in apparent disregard of his existing informal accommodations. In August 2011, Perry and the Bureau settled the matter, with Perry agreeing to a 30-day suspension and retirement (which he took in April 2012), along with dismissal of his pending discrimination complaints.

Perry, appearing pro se, appealed to the MSPB, arguing that the settlement had been coerced and that the notice of proposed removal was the product of race, age, and disability discrimination, as well as retaliation. The MSPB ultimately affirmed an administrative law judge’s ruling that the Board lacked jurisdiction over Perry’s claim because the suspension and retirement were voluntary, the result of a valid settlement agreement, and not an action appealable to the Board. The Board never addressed the discrimination claims.

Still proceeding pro se, Perry appealed to the D.C. Circuit, a court that indisputably lacked jurisdiction. The question was where to transfer the appeal — the U. S. Court of Appeals for the Federal Circuit, which ordinarily reviews MPSB determinations of non-appealability, or district court, which, under Kloeckner, reviews MSPB decisions in mixed cases. The D.C. Circuit held that the case belonged in the Federal Circuit, given pre-Kloeckner circuit precedent that cases must go there when the MSPB decides that the issue presented to it is not an appealable one it has power to decide. That precedent, the court held, survived Kloeckner.

Despite what the Kloeckner court described as the “intricate and complex” statutory scheme governing civil-service decisions and appeals, Perry’s argument is straightforward. The case is controlled by the bright-line rule articulated in Kloeckner: A federal employee who presents to the MSPB a claim that an adverse agency employment action violated an antidiscrimination statute seeks judicial review in district court, regardless of whether the MSPB rejected the complaint on the merits, dismissed on procedural grounds, or dismissed on jurisdictional grounds such as non-appealability. Any other approach makes the issue “far more complicated than necessary” and ignores the straightforward path that Kloeckner carved.

According to Perry, Kloeckner defined a mixed case as an “action which the employee or applicant may appeal” to the MSPB and that alleges some form of discrimination. He argues that Section 7702(a)(1) does not require that the action be successfully appealed to the MSPB, only that it may be appealed. Otherwise, the statute creates a scheme in which rejection of a claim on the merits retroactively divests the MSPB of jurisdiction. That is not how jurisdiction ordinarily works. A party establishes a court’s jurisdiction through the nonfrivolous jurisdictional allegations in a complaint. The same principle governs an appeal to the MSPB — a terminated employee who challenges the adverse employment action and alleges discrimination brings a mixed case, regardless of whether the MSPB ultimately accepts or rejects the claims and regardless of the basis for that rejection.

This point, Perry argues, is “particularly compelling” in this case. The validity and voluntariness of Perry’s settlement with the Bureau are at the heart of the merits of his civil-service and discrimination claims. The MSPB insisted that appealability turned on voluntariness — having found the settlement voluntary (and thus not in violation of civil-service regulations), the MSPB concluded that it lacked jurisdiction. But that jurisdictional determination also resolved the merits of Perry’s CSRA challenge.

Perry insists that the jurisdiction-procedure distinction on which the D.C Circuit relied is unworkable in practice. In a series of recent cases, the Supreme Court has limited the jurisdictional label to rules governing a body’s core adjudicatory authority, typically when Congress labels a rule as jurisdictional (something it has not done here). Everything else is procedural. Nevertheless, it is unrealistic to expect MSPB claimants (many of whom, like Perry, proceed pro se) to understand and apply a distinction with which lawyers and judges struggle. Relying on such an ephemeral distinction ignores and undermines the administrative simplicity the court has recognized as a virtue in jurisdictional rules, including under the CSRA, as it did in Kloeckner.

The United States argues that Kloeckner is inapposite to this case. Kloeckner held that when the MSPB rejects a mixed case, review is in the district court, regardless of the grounds for review.

But, the government insists, Perry’s is not a “mixed case.” Under Sections 7702(a)(1)(A) and (B), a mixed case is one in which an employee “has been affected by an action which the employee … may appeal to” the MSPB and “alleges that a basis for the action was discrimination.” But not all employment actions satisfy the first condition by being appealable to the MSPB — only “serious” actions do, such as removal or reduction in grade and pay. Among the actions that are not appealable are facially voluntary acts, such as retirement, unless the employee can show the act was involuntary.

The MSPB must therefore determine at the threshold whether an employment action was sufficiently serious as to be an action appealable to the Board — here, whether Perry was coerced into accepting the suspension and retirement or whether the action was voluntary. And that question is reviewed exclusively in the Federal Circuit.

The point, the United States argues, is that whether the action is appealable to the Board defines whether something is a mixed case or a pure discrimination case. That question is decided in the first instance by the MSPB and exclusively reviewed in the Federal Circuit. And the answer to that question determines whether the ultimate merits of the claim are reviewed in the Federal Circuit or tried in district court.

The United States further argues that channeling review of appealability decisions to the Federal Circuit is consistent with the purposes of that court, which was established in 1982 to develop a consistent body of law in a number of areas, including federal employment law. It is uncontested that the Federal Circuit reviews all nonappealability determinations in cases in which discrimination has not been raised and all conclusions that an action involving discrimination is appealable (that is, decisions favoring the employee). It is neither logical nor compelled by statutory text to give the Federal Circuit exclusive review of those two categories of decisions, while allowing review in a district court of employee-adverse discrimination cases.

Finally, Kloeckner does not control this case, the United States insists. A case is a mixed case when the employee is subject to the kind of action the MSPB can review, even if the action is untimely (as in Kloeckner) or otherwise not in conformity with MSPB procedures. But that is different from a case that is not appealable to the Board and thus not within its jurisdiction. That is not a mixed case and thus not a case controlled by Kloeckner.