Argument preview: What kind of help does the Constitution require for defendants in capital cases? 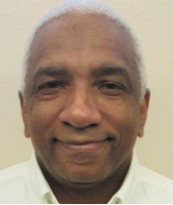 Thirty-one years ago, the Supreme Court ruled that a defendant who can show that his mental health is likely to play an important role at trial is entitled to help from a psychiatrist if he cannot afford it. Next week the justices will consider exactly what that holding meant – and in particular, whether it makes clear that the psychiatrist must be independent of the prosecution. The life of an Alabama death row inmate could hinge on their answer.

The inmate, James McWilliams, was convicted of the December 1984 rape and murder of Patricia Reynolds during a robbery at the Tuscaloosa convenience store where she worked. At his sentencing hearing, McWilliams and his mother both testified about childhood injuries to McWilliams’ head, which caused him to suffer from severe headaches. Before his arrest, a psychologist had also reported that McWilliams had a “blatantly psychotic thought disorder.” But a psychiatrist who testified for the state told jurors that he had “found no evidence of psychosis,” while a psychologist testified that a test given to McWilliams was “clinically invalid” because “McWilliams had not been candid in his responses.” Of the 12 jurors, 10 voted for death, and two voted for a life sentence.

When deciding whether to impose the death penalty in Alabama, the jury only renders an advisory verdict; the ultimate decision is made by the judge. Two days before the judge sentenced McWilliams, a neuropsychological evaluation reported that McWilliams had (among other things) “organic brain dysfunction” and “genuine neuropsychological problems.” The day before McWilliams’ sentencing, his attorney received records from the state psychiatric hospital, with psychological records from the state prison following on the day of the sentencing. McWilliams’ attorney tried to delay the sentencing to consult with an independent expert about those records, but the trial judge denied the motions and sentenced McWilliams to death, concluding that McWilliams was “feigning, faking, and manipulative.”

After McWilliams’ state appeals were unsuccessful, he went to federal court, where he argued that he was entitled to help from an independent psychiatrist; the failure to provide him with one, he contended, violated his constitutional right to due process. The district court rejected that claim, and a divided three-judge panel of the U.S. Court of Appeals for the 11th Circuit affirmed. Earlier this year, the Supreme Court agreed to weigh in.

Just a few months after Reynolds was murdered, the Supreme Court issued its decision in Ake v. Oklahoma, the case of an Oklahoma inmate who planned to raise an insanity defense at his murder trial and asked the state trial court to ensure that he received assistance from a psychiatrist. The trial court rejected his request, and the defendant was convicted and sentenced to death. A state appeals court affirmed that denial, but the Supreme Court reversed.

McWilliams’ case comes to the Supreme Court as a federal habeas case: With his state appeals finished, he is now challenging the constitutionality of his sentence in federal court. Under federal law, a federal judge can grant relief to a state prisoner only when the state court’s decision is contrary to clearly established federal law. This means that McWilliams faces a high bar: He must show not only that he had a right to an expert who was independent of the prosecution, but also that such a right was clearly established by the Supreme Court’s decision in Ake.

McWilliams argues that he easily meets that standard. In Ake, he reasons, the court ruled that an indigent defendant “whose mental health is a significant issue” is entitled to “a competent expert to ‘assist in evaluation, preparation, and presentation of the defense.’” That expert, he contends, can only do his job properly if he is completely independent of the prosecution. Indeed, he points out, the facts of Ake support his position: Although the defendant in that case was evaluated by a neutral team of mental health professionals who worked for the state, the Supreme Court reversed the lower courts’ rulings and ordered the state to give Ake a new trial, thereby “rejecting a neutral evaluation of this kind.”

The state counters that this case is different from Ake, because the defendant there didn’t get any help from a psychiatrist. Therefore, it explains, the question presented by this case – “what kind of psychiatric assistance due process required” – was not before the court in Ake. And although the state concedes that some parts of the court’s decision in Ake might suggest that, if prosecutors have their own psychiatrist, the defendant is entitled to one as well, it stresses that other parts of the court’s opinion support the proposition that a defendant does not have a right to his own psychiatrist. For example, it points to the court’s observations that “a defendant does not have the right to the assistance of more than one psychiatrist, cannot choose the psychiatrist or otherwise hire his own, and that states have discretion in implementing the right.”

Instead, the state tells the justices, the court’s decision in Ake was based on the concept of due process, which only requires fairness. And that requirement can be met, the state continues, with a neutral expert. What McWilliams is asking for, the state complains, is not a neutral expert, but instead a partisan one, a demand that finds no support in Ake.

To bolster his argument that he is entitled to an independent psychiatrist, McWilliams relies on then-Justice William Rehnquist’s dissent in Ake, in which Rehnquist argued that a defendant should only have a right to “one competent opinion,” rather than “a defense consultant.” That language, McWilliams contends, confirms that the court’s ruling in Ake guarantees the defendant his own expert. But the state downplays the significance of the Rehnquist dissent, emphasizing that it simply “reflects the common dissenting technique of portraying the majority rule as ‘far too broad’ and in more sweeping terms that the majority employed.”

McWilliams adds that the right to an independent psychiatrist was clearly established by the time his conviction became final in the early 1990s. First, he observes, most of the federal courts that have addressed the issue agree with his interpretation of Ake. But even if they did not, he continues, that right is “plain on the face of this Court’s opinion in Ake.”

The state retorts that the rule McWilliams seeks is anything but clearly established. In 1986 – the same year that McWilliams was convicted – the 11th Circuit held that due process only required a “neutral non-partisan psychiatrist,” rather than an independent one. Five years later, commentators had “declared this question about the disinterestedness of the psychiatrist to be the ‘preeminent ambiguity in the opinion.’” More broadly, the state emphasizes, a split among the lower federal courts on a legal question amounts to “near-conclusive evidence that the law was not clearly established for federal habeas returns.”

Looking ahead to the next steps if he prevails, McWilliams urges the court to send the case back to the 11th Circuit for it to determine whether the state court’s failure to provide him with an independent expert had a “substantial and injurious effect.” The 11th Circuit’s earlier conclusion that it did not should not be controlling, he argues, because it was based on whether additional consultation with the existing expert would have been useful; the court of appeals did not consider whether the lack of an independent expert, who could have helped him to develop a case for a life sentence, had a substantial and injurious effect.

The state answers that, regardless of what Ake requires, McWilliams’ death sentence should still stand because he received the due process that the Constitution guarantees. His lawyer had help from a psychiatrist at the time of his sentencing, and given the whole picture – McWilliams’ previous convictions, “the brutal nature of the murder,” and the testimony of McWilliams’ own expert – having his own psychiatrist would not have made any difference.

The court’s decision in Ake was not a close one, with only Rehnquist dissenting. But none of the justices from that decision remain on the court today, so McWilliams’ case may prove to be closer, especially given his need to show that the right he is seeking was clearly established in Ake. We’ll know more after next week’s oral argument.

Recommended Citation: Amy Howe, Argument preview: What kind of help does the Constitution require for defendants in capital cases?, SCOTUSblog (Apr. 19, 2017, 11:45 AM), https://www.scotusblog.com/2017/04/argument-preview-kind-help-constitution-require-defendants-capital-cases/