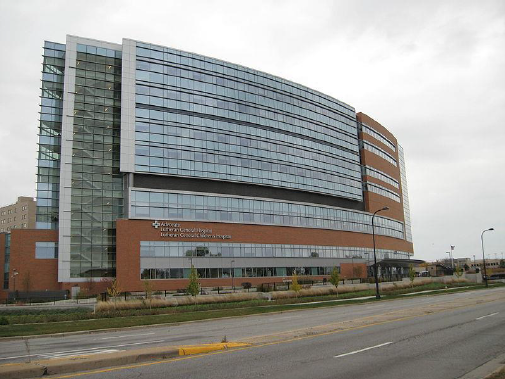 Compared to the other previews I’ve written for the March argument session, Advocate Health Care Network v. Stapleton is a breath of fresh air. The cases I previewed for the first week (Impression Products v. Lexmark and Microsoft v. Baker) presented open-ended problems lacking any textual grounding in statute or rule to guide or constrain the analysis of the justices. Advocate Health Care Network, by contrast, brings the justices as straightforward and direct a question of textual explication as they’re likely to face this term.

The case involves the application of ERISA to church-affiliated pension plans. ERISA, as most who will have read this far already know, is the Employee Retirement Income Security Act of 1974. Responding to the rampant self-dealing and mismanagement of employee pension plans that was endemic in the 1960s, the statute imposes a variety of regulatory rules on the plans to which it applies and also subjects those that manage them to a federal standard of fiduciary duty. Compliance with those rules, of course, is neither costless nor convenient. It should be no surprise, then, that churches seeking to avoid that regulatory burden were able to obtain an exemption from ERISA for their pension plans.

This case is about the breadth of that exemption. Specifically, the question is whether the exemption applies not only to plans that churches operate for the benefit of their own employees, but also to plans operated by organizations that are affiliated with churches although not themselves churches. If that sounds obscure, think hospitals: Organizations affiliated with churches operate a large share of the hospitals in this country. For example, Advocate Health Care Network (the defendant in the lead case) is a ministry of the Lutheran and Church of Christ denominations that operates 12 hospitals in Illinois. Saint Peter’s Healthcare System (the defendant in the second of the three cases before the court) is a Catholic ministry that operates a hospital in New Jersey. The third defendant, Dignity Health, operates several hospitals that Catholic nuns sponsor in California. For more than 30 years, the three federal agencies that administer ERISA (the Internal Revenue Service, the Department of Labor and the Pension Benefit Guaranty Corporation) have treated the pension plans of those hospitals as exempt from ERISA. The question before the justices is whether the text of ERISA will bear that reading. In each of the three cases, employees of the health-care providers filed suit alleging that the pension plans provided by their employers do not qualify for the exemption.

The obvious problem with that argument is the odd line it draws between plans that are exempt and those that are not exempt. If we assume that plans for the employees of the churches themselves are at the core of the exemption, why would Congress insist that pure-church plans be both established and maintained by religious organizations while church-affiliated plans need only be maintained by religious organizations? That is the central point of the employees, who suggest that the 1980 amendments should be viewed as limited to relaxing the requirement that they address by providing that church-affiliated plans, like church plans, must be “established” by the “church” itself, but that they will retain their exempt status whether they are “maintained” by the church itself or by the affiliate.

To my mind, the policy arguments are largely a wash. On the one hand, because ERISA is expensive, applying it to hospitals will raise the costs of health care, and who could suppose Congress is in favor of increasing the costs of health care? On the other hand, if we accept that ERISA is on balance a good thing for employee-retirement policy (and it’s hardly appropriate to read ERISA on the assumption that it is a bad thing), then we should doubt Congress’ intent to leave such a large sector of the economy unprotected.

At the end of the day, I think the justices are likely to find their answers almost entirely in the text of ERISA Congress has provided, leaving it to Congress to redraw any lines that seem misplaced. That inquiry into the meaning of the statute, I expect, will dominate next week’s argument.