Worried about the separation of powers? Then confirm Judge Gorsuch 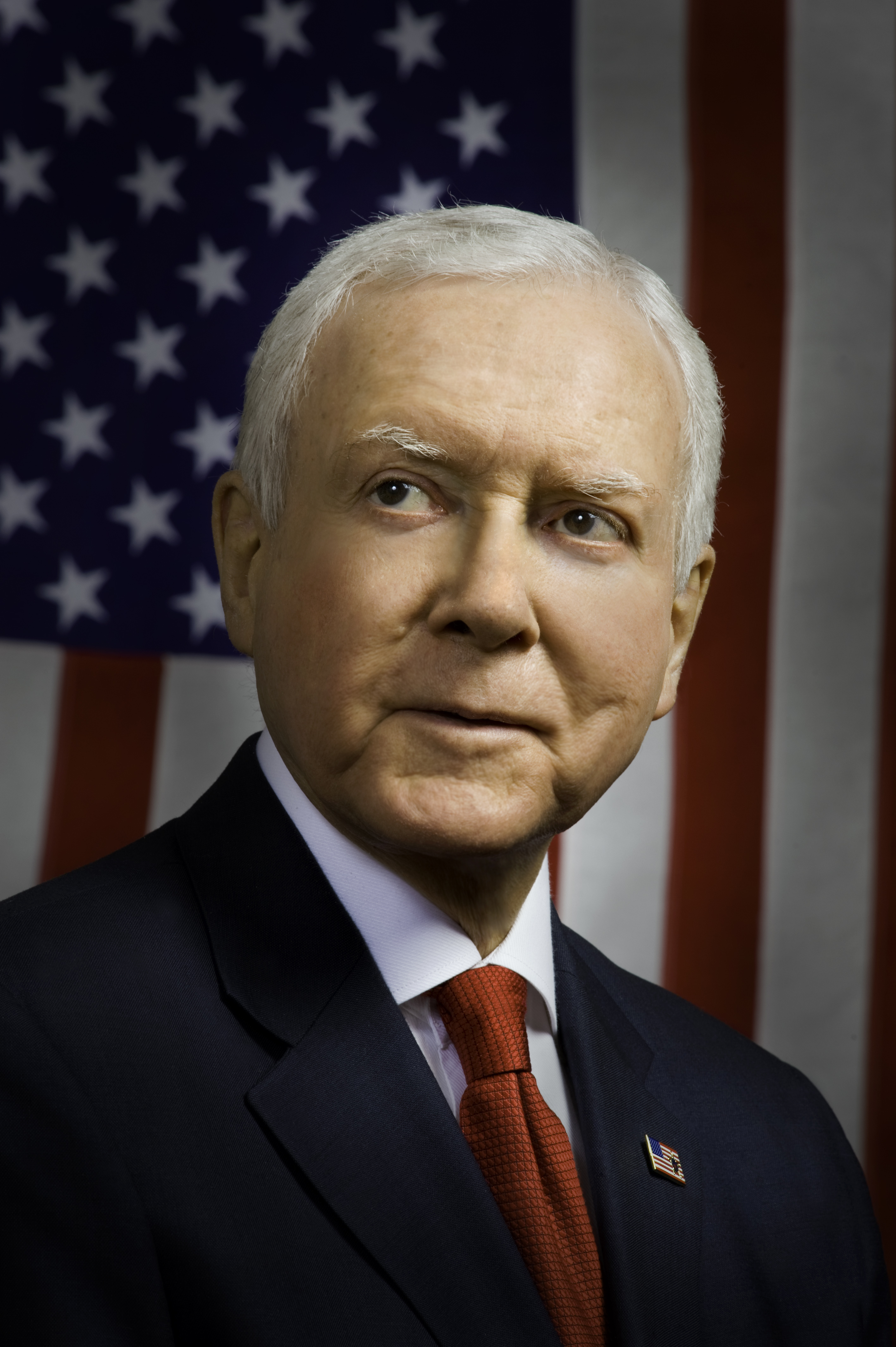 Hatch is the senior member of the Senate Judiciary Committee.

Last week, President Donald Trump nominated Judge Neil Gorsuch to replace Justice Antonin Scalia on the U.S. Supreme Court. Judge Gorsuch is an ideal choice to fill this seat: He has impeccable credentials and a decade-long record on the bench demonstrating a keen understanding of the proper role of a judge. Given the increasingly contentious nature of the confirmation process, it is no surprise that many Democrats are stretching to find anything objectionable about Judge Gorsuch, no matter how ridiculous. In the current political environment, they have focused much of their criticism on one particularly strained argument: their claim that Justice Gorsuch would not serve as an independent check on the executive branch.

Fortunately, we do not have to speculate about how Justice Gorsuch would decide these kinds of cases. Judge Gorsuch has consistently demonstrated in his judicial opinions and other writings that he deeply values the constitutional separation of powers between the three branches of the federal government. Judge Gorsuch understands that the Constitution gives each branch distinct roles: Congress makes the laws, the President enforces those laws, and the courts interpret those laws and the Constitution. The branches may act only according to the powers the Constitution grants them, with the remaining powers and rights reserved to the states and, ultimately, to the people.

With respect to the power of the executive branch, Judge Gorsuch has a strong record of reining in unlawful overreach. For instance, in Gutierrez-Brizuela v. Lynch, the Attorney General had attempted to apply a new agency rule retroactively to prohibit a noncitizen from receiving relief under federal immigration law. Writing for the U.S. Court of Appeals for the 10th Circuit, Judge Gorsuch concluded that such action exceeded the executive’s power to enforce the law. In a separate opinion, he went one step further and expressed concerns about how judge-made doctrines that require judicial deference to federal agency actions—namely, Chevron deference and its progeny—“permit executive bureaucracies to swallow huge amounts of core judicial and legislative power and concentrate federal power in a way that seems more than a little difficult to square with the Constitution of the framers’ design.” Judge Gorsuch then proceeded to provide a textbook explanation of the proper separation of powers between the three branches, concluding that “[i]t was to avoid dangers like these, dangers the founders had studied and seen realized in their own time, that they pursued the separation of powers. A government of diffused powers, they knew, is a government less capable of invading the liberties of the people.”

Nor is Judge Gorsuch a supporter of federal judges who go beyond their constitutional role in interpreting the law. As Judge Gorsuch has eloquently explained, “judges should be in the business of declaring what the law is using the traditional tools of interpretation, rather than pronouncing the law as they might wish it to be in light of their own political views, always with an eye on the outcome, and engaged perhaps in some Benthamite calculation of pleasures and pains along the way.” It is not judges’ role to make or change laws by imposing their own policy preferences instead of what Congress actually passed. It is not their role to look beyond the text of the law to consider their personal views and feelings. And it is not their role to choose winners and losers based on subjective beliefs that favor one group over another. Judge Gorsuch’s opinions reinforce his judicial philosophy of restraint and humility and his proper understanding—to borrow from Alexander Hamilton—that the judiciary should be the “least dangerous” branch.

Consider, for example, United States v. Games-Perez. There, the 10th Circuit upheld a conviction for possession of a firearm by a felon. The criminal defendant argued that he was unaware that he was a convicted felon, but the court rejected this argument as foreclosed by the court’s prior precedent. Judge Gorsuch penned a separate opinion. He agreed that the court was bound by its own precedent, but he wrote separately to urge the court to reconsider its precedent in light of the plain text of the statute that requires the government to prove the defendant knew he was a convicted felon. As Judge Gorsuch explained, “we might be better off applying the law Congress wrote than the one [the court] hypothesized. It is a perfectly clear law as it is written, plain in its terms, straightforward in its application.” He continued: “Of course, if Congress wishes to revise the plain terms of [the statute], it is free to do so anytime. But there is simply no right or reason for this court to be in that business.”

Sometimes a judge is asked to consider the proper separation of powers between all three branches. For instance, in Hobby Lobby Stores, Inc. v. Sebelius, the 10th Circuit considered whether certain regulations issued by the U.S. Department of Health and Human Services under the Patient Protection and Affordable Care Act violated the plaintiffs’ rights under the Religious Freedom Restoration Act. In particular, the plaintiffs argued that the regulations’ health insurance mandate for employers violated RFRA’s statutory protections on religious freedom by forcing employers to provide health insurance coverage for abortion-inducing drugs and devices. Judge Gorsuch’s opinion explained why the owners of one of the plaintiff companies were entitled to relief under RFRA. As an initial matter, he noted that the owners’ “religious convictions are contestable” and that “[s]ome may even find [their] beliefs offensive,” but that RFRA “does perhaps its most important work in protecting unpopular religious beliefs.”

Judge Gorsuch then turned to the statutory interpretation question at issue and noted that the case was a “tale of two statutes.” Wrote Judge Gorsuch: “The ACA compels the [plaintiffs] to act. RFRA says they need not. We are asked to decide which legislative direction controls.” To decide which statute controlled, he did not defer to the executive branch’s position on the matter. Nor did he seek to impose his own policy preferences. To the contrary, he noted that “[t]he tie-breaker is found not in our own opinions about good policy but in the laws Congress enacted.” Because “Congress structured RFRA to override other legal mandates, including its own statutes, if and when they encroach on religious liberty,” and “because the government identifies no explicit exclusion in the ACA to its dictates,” Judge Gorsuch concluded, RFRA’s directive prevailed.

Even a casual review of Judge Gorsuch’s opinions should eliminate any concerns my Senate colleagues may have concerning his commitment to the Constitution’s separation of powers. In his opinions, Judge Gorsuch has resisted executive branch efforts to make laws as opposed to merely enforcing those laws as written. Indeed, his opinions and other writings cogently make the case for this approach to separation of powers in a way that finds few rivals on the federal bench and reminds me much of the case Justice Scalia made during his time on the Court. Judge Gorsuch, moreover, has been a model of respect for the proper judicial role, a judicial philosophy under which “judges seek to interpret texts as reasonable affected parties might have done rather than rewrite texts to suit their own policy preferences.”

To be sure, that Justice Gorsuch would be a fierce defender of the separation of powers and the rule of law does not mean his rulings will match his policy preferences, much less mine. In fact, in his tribute speech to Justice Scalia last year, Judge Gorsuch embraced Justice Scalia’s philosophy of judicial restraint: “If you’re going to be a good and faithful judge, you have to resign yourself to the fact that you’re not always going to like the conclusions you reach.” That is precisely why Judge Gorsuch is the right choice for the Supreme Court.

Posted in Nomination of Neil Gorsuch to the Supreme Court