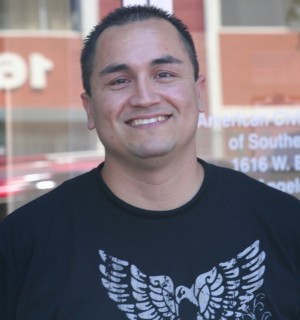 In recent years, the U.S government has aggressively used detention of immigrants as a tool for enforcing the immigration laws. Immigration detention became national news in 2014 when the Obama administration detained tens of thousands of Central American women and children fleeing violence in their native lands.

In Jennings v. Rodriguez, the court will consider the question whether immigrants, like virtually any U.S. citizen placed in criminal or civil detention, must be guaranteed a bond hearing and possible release from custody. This case is a class-action challenge to lengthy immigration detentions without any opportunity for release on bond.

Brought to the United States as an infant, class representative Alejandro Rodriguez is a lawful permanent resident who had been employed as a dental assistant. Based on criminal convictions for possession of a controlled substance and “joyriding,” the U.S. government sought to remove Rodriguez from the United States. While Rodriguez was resisting removal, the government detained him for more than three years without a bond hearing. An immigration court ultimately granted Rodriguez “cancellation of removal,” and he remains in the United States.

Another class member, a torture victim from Ethiopia, sought asylum in the United States. The U.S. government detained him on the ground that his proof of identity was insufficient because, in the words of a Department of Homeland Security officer, “[t]here is an apparent correlation with all the Somalian Detainee’s [sic] that present [sic] a paradigm of deceit and paralleled ambiguity of events and identity.” A bond hearing would have allowed the class member to point out that, among other things, he was not from Somalia. An immigration court eventually granted asylum to this class member.

After Rodriguez and the other class members brought suit challenging the government’s prolonged-detention practices, the district court entered an injunction requiring bond hearings for immigrant detainees. The U.S. Court of Appeals for the 9th Circuit affirmed most of the injunction. Interpreting the immigrant-detention statutes to avoid constitutional problems, the appeals court held that immigration judges must provide a bond hearing to a class member at least every six months and that a noncitizen must be released from detention unless the government can establish by clear and convincing evidence that the noncitizen is a flight risk or a danger to public safety.

In the government’s brief, the solicitor general defends the immigration-detention regime that is currently in place:

Some may believe that the Ninth Circuit’s vision of immigration detention is wiser or more humane, while others would disagree. But Congress weighed the interests in controlling the border, protecting the public from criminal aliens, affording individual aliens adequate protections and opportunities for relief and review, and minimizing the adverse foreign-relations impact of U.S. immigration law. The canon of constitutional avoidance is not a tool for courts to comprehensively rewrite those laws and strike a different balance.

In defending the detention of class members during removal proceedings, the United States relies heavily on the 2003 case Demore v. Kim, in which the court invoked the “plenary power” doctrine – something exceptional to immigration law – to immunize from judicial review a provision of the immigration statute requiring a “limited time of detention” for immigrants awaiting removal from the United States. Last summer, the solicitor general confessed to the court that its briefs in Demore included “several significant errors” and greatly understated the average length of immigrant detention, a misstatement that may have influenced the outcome of the case. In its briefing in Rodriguez, the government minimizes the impact of the statistical misstatements on the court’s decision in Demore.

To justify the lengthy detention of noncitizens seeking admission into the country, the solicitor general again relies on the plenary-power doctrine, claiming that the 9th Circuit’s ruling “conflicts with this Court’s longstanding rule that the political Branches have plenary control over which aliens may physically enter the United States and under what circumstances.” In support of this proposition, the government cites a case from 1953, Shaughnessy v. United States ex rel. Mezei. Decided at the height of the Cold War, Mezei denied judicial review to an immigrant held in indefinite detention based on secret evidence, an outcome next to impossible to square with modern constitutional law.

Defending the injunction, Rodriguez and the other respondents contend that due process requires a bond hearing to determine whether the noncitizen is a danger to the public or a flight risk. Rodriguez cites, among other cases, United States v. Salerno, a 1987 case upholding pretrial detention of criminal defendants only after individualized findings of dangerousness or flight risk at bond hearings; Foucha v. Louisiana, a 1992 case requiring individualized findings of mental illness and dangerousness prior to civil commitment; and Kansas v. Hendricks, a 1997 case upholding civil commitment of sex offenders after a jury trial. Responding to the government’s contrary assertion, Rodriguez argues that habeas-corpus review is not constitutionally sufficient to satisfy the due process concerns implicated by mandatory prolonged detention.

In a letter, Rodriguez claims that the factual misstatements by the solicitor general in Demore v. Kim “limit its relevance,” and that the court must therefore be circumspect about the unverified statistical data provided in the government’s briefs in this case. Rodriguez’s brief distinguishes Demore, which he claims creates a narrow exception to the rule that detention may be imposed only after a bond hearing. In Demore, he claims, the court relied on two circumstances not present in this case: the government’s admittedly inaccurate assertion that the average length of detention was brief and the immigrant’s admission of deportability. In contrast, detention of an immigrant who is fighting removal, as in Rodriguez’s case, is not brief, but can last many years. Moreover, many class members, including Rodriguez, have defenses to removal, which gives them an incentive to appear for removal proceedings. Such individuals, Rodriguez asserts, cannot therefore be presumed to present a flight risk or a danger to the public. Rodriguez further contends that, as it did in Zadvydas v. Davis in 2001, the court should interpret an immigration statute to require judicial review of a detention decision because “[a] statute permitting indefinite detention of an alien would cause a serious constitutional problem.”

Indefinite detention of a person absent a bond hearing generally is not constitutionally permissible. By holding that the immigration statute permitted a bond hearing at reasonable intervals and possible release from custody, the 9th Circuit sidestepped the serious constitutional concerns presented by the statute. Ultimately, the questions before the Supreme Court are whether the 9th Circuit reasonably construed the statute to avoid the constitutional issues and, if not, whether ordinary constitutional rules apply to immigrants in detention. In addressing those questions, Wednesday’s oral argument will require the court to grapple with its seemingly inconsistent immigrant-detention decisions in Zadvydas v. Davis and Demore v. Kim.