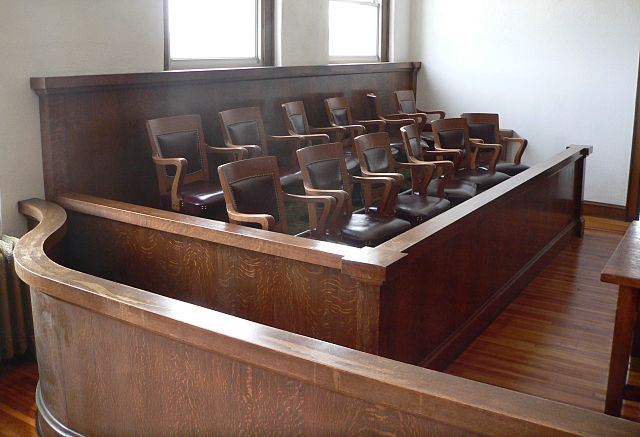 When the justices return to the bench today, they will hear oral arguments in the case of Texas death-row inmate Duane Buck. Buck’s challenge to his sentence stems from testimony at his sentencing hearing, where a psychologist hired by his own lawyers told jurors that blacks are statistically more likely to be dangerous. The issue of race and justice will return to the court again next week, when the justices consider the case of Miguel Pena-Rodriguez. Although the issues before the court in the two cases are different, the fundamental question before the justices is actually much the same: whether racial prejudice is, as Pena-Rodriguez argues, a sufficiently “unique contaminant” that convictions which stem from criminal proceedings tainted by such prejudice must be called into question.

The specific question in Pena-Rodriguez’s case is the constitutionality of a state rule that bars a defendant from introducing evidence that a juror was racially biased. In 2007, Pena-Rodriguez was accused of assaulting two teenage sisters at a Colorado racetrack. He was convicted of three misdemeanors: one count of unlawful sexual assault and two counts of harassment. During a private discussion after the trial, two jurors told Pena-Rodriguez’s attorneys that one juror, a former police officer, had been biased against both Pena-Rodriguez and the witness who provided him with an alibi because they were both Hispanic. The two jurors then swore out affidavits indicating that the other juror had stated, for example, that Pena-Rodriguez must be guilty “because he’s Mexican, and Mexican men take whatever they want.” He also said, the jurors indicated, that “Mexican men had a bravado that caused them to believe they could ‘do whatever they want’ with women.”

The trial court agreed with Pena-Rodriguez that the juror in question did indeed appear to be biased, but it nonetheless declined to order a new trial. It relied on a Colorado evidentiary rule – the “no impeachment” rule, which bars jurors from testifying about “any matter or statement occurring during the course of the jury’s deliberations.” Pena-Rodriguez appealed that ruling, which the Colorado Supreme Court upheld. In April of this year, the U.S. Supreme Court agreed to review Pena-Rodriguez’s claim that applying the no impeachment rule to block evidence that the juror was racially biased violates his Sixth Amendment right to an impartial jury.

For the state, it’s an easy case. An evidentiary rule like the no impeachment rule does not violate the Constitution unless it serves “no legitimate purpose” and is “disproportionate to the ends that” it is “asserted to promote.” Here, the state contends, the no impeachment rule serves a variety of important state interests – most notably, encouraging jurors to have a “full and frank discussion” in the jury room without fear that those deliberations will later be revealed. The rule also, the state argues, protects the finality of jury verdicts and reduces incentives for defense attorneys to harass jurors after the verdict.

A ruling in its favor, the state continues, would be consistent with the court’s earlier rulings that rejected challenges to similar no impeachment rules “in the face of serious juror misconduct or bias that violated the Sixth Amendment.” And the same safeguards on which the justices relied in upholding the no impeachment rules in these earlier cases will protect against racial bias by jurors as well, without exposing the jury’s internal deliberations. For example, attorneys or judges (and sometimes both) can question potential jurors – a process known as voir dire. Information about jurors and their potential biases may be readily accessible through social media, the state notes, while staff at the courthouse can monitor jurors for misconduct or bias during the trial. And jurors can “report the improper racial comments of fellow jurors and have done so in many past cases.”

For his part, Pena-Rodriguez begins by challenging the state’s contention that its interests outweigh his right to have an impartial jury decide his fate. He suggests that the “secrecy of the jury room is not – and has never been – inviolate.” To the contrary, he contends, courts in more than 20 other jurisdictions would be allowed to consider the juror affidavits alleging racial bias in his case. And they have done so for many years without experiencing any of the “negative side effects” that the state alleges would follow if he were to prevail.

But the far more important point, Pena-Rodriguez argues, is that any such state interests must yield to his constitutional right to have an impartial jury decide his fate. The jury, he reminds the court, is the “gatekeeper” in determining whether the state will take away a defendant’s freedom or even his life. The Constitution, he says, “cannot tolerate reliance on racial stereotypes during jury deliberations” in any form, any more than it would allow judges to make their decisions based on racial bias. To do so, he concludes, would undermine not simply his own constitutional rights, but also “the public’s respect for the rule of law.”

Moreover, he continues, the safeguards against bias or misconduct that the state cites “are, in fact, less effective in protecting against racial bias than against other forms of partiality.” For example, it may be difficult if not impossible to vet potential jurors for racial bias during voir dire: Defendants are not always permitted to ask potential jurors about racial bias, and even if they are, few people will publicly admit that they are racists. Jurors may not realize that racially biased statements are not permitted – here, for example, the juror in question was a former police officer who couched some of his statements as descriptions of his work experience – but, even if they do, may be reluctant to report such statements to the court during deliberations.