Samsung Electronics v. Apple brings to the court what might be the century’s single most heated dispute over competing technology: Apple’s claim that substantially all of the smartphones Samsung has sold this decade infringe the design of Apple’s iPhone. The Federal Circuit affirmed a $400 million verdict holding that Samsung’s copying of the distinctive front screen and graphical user interface of the iPhone infringed design patents held by Apple. Next week, the court will hear Samsung’s challenge to that verdict. 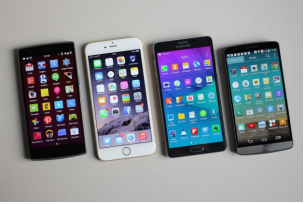 If the high-stakes dispute is not enough to whet your interest, focus on the reference in the last paragraph to Apple’s “design patents.” This case involves no copyright or trademark held by Apple, nor does it involve a “utility patent” of the sort that reaches the court’s merits docket multiple times each year. Rather, it involves a “design patent,” granted for novel designs, under a statute that the court apparently has not directly considered in more than half a century.

Distilled down to the level of detail appropriate for a blog post, the case proceeds at two distinct levels: a high-level, big-picture dispute about the appropriate measure of damages, and a variety of low-level moves by both sides offering analytical routes by which the court could decide the case without reaching the “big” question.

That question, presumably the reason the justices agreed to hear this case, involves 35 U.S.C. § 289, which provides, in phrasing redolent of its nineteenth century drafting, that any person who applies a patented design “to any article of manufacture” is “liable … to the extent of his total profit.” The question is whether the relevant “total profit” is the profit from the entire device (the infringing Samsung phones) or some fraction of that profit attributable to the patented design elements. Samsung’s central argument on that point is one of policy: Given the hundreds (if not thousands) of innovative elements that go into a modern cellphone, it makes little sense to award all of Samsung’s profits because a few of those elements infringe. Even granting the importance of the screen and interface to the phones’ success, Samsung argues, surely they aren’t the source of all the company’s profits from the phones. Rather, Samsung maintains, the screen and interface are an article of manufacture distinct from the phone, warranting a reduced calculation of damages. Justice Anthony Kennedy in particular has noted the problems inherent in awarding full relief against a product based on a patent that covers only a single portion of the product.

Apple also points to an 1886 Supreme Court decision (Dobson v. Dornan) interpreting the predecessor of Section 289 to award only the damages attributable to the patented design element. All agree that Congress promptly responded to Dobson by rewriting the statute to compel an award of the “total” profit. Apple cites that history as a source of support for its case.

Finally, Apple’s brief reminds the court of the splash that came with the release of the original iPhone. It is easy to forget, with so many competing phones that look so similar, but the truth is that many of the phones we use now employ a design that closely resembles in many relevant respects the patented design elements from the original iPhone.

Separate from their dispute about how the statute should work, the parties on both sides try to persuade the court that the case really doesn’t present that question. Apple, for its part, contends that Samsung essentially conceded below that the article of manufacture is the phone, and that the lower courts had no choice but to award the entire profits because Samsung failed to offer evidence to establish any lower method of calculating damages. For its part, Samsung claims that the Federal Circuit held as a matter of law that the article of manufacture is the product that is marketed for sale, and that the appeals court’s decision must be reversed because that court did not give Samsung an opportunity to offer proof that the screen and interface should be treated as a separate article of manufacture.

The briefs in this case frame the main question as a balance between Samsung’s policy arguments and Apple’s arguments about the text and history of the statute. But it is possible that the court will sidestep that question and remand the case to the Federal Circuit to reconsider (or clarify) whether the record supports a less inclusive definition of an “article of manufacture.” We will know a lot more about that after we hear the justices’ reactions next week.

I should add, in explanation of the subdued tone of this post, that the blog has adopted a relatively strict policy limiting the editorial content in cases in which Goldstein & Russell, P.C. participate. Among other things, that policy limits the typical opinions I might offer in a preview such as this about the relative weight or force of the various arguments in the case.

[Correction: An earlier version of this post stated that the verdict at issue was a billion dollars. This was the total amount of damages awarded in the case, but the portion before the court is approximately $400 million.]

[Disclosure: Goldstein & Russell, P.C., whose attorneys contribute to this blog in various capacities, is among the counsel to the petitioners in this case. The author of this post, however, is not affiliated with the firm.]