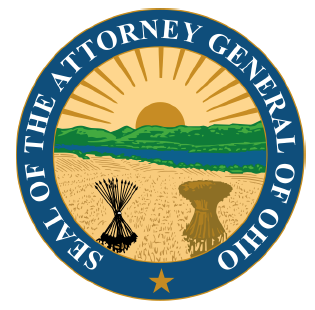 Five percent of American homeowners are in foreclosure proceedings or seriously delinquent on their mortgage. 850,000 individuals filed for bankruptcy relief last year. Americans owe $800 billion on their credit cards, about $3400 for every adult in the population. More broadly, income for the bottom quintile of the populace has grown by about 0.5% per year for the last three decades, while income for the top quintile has grown by about 10% per year over the same time period. Against that backdrop, next week the Court will hear oral arguments in Sheriff v. Gillie – the Court’s first case this decade interpreting the standards for liability under the Fair Debt Collection Practices Act (FDCPA) and (so far as I am aware) the first case ever in which the Consumer Financial Protection Bureau (CFPB) comes before the Court as an amicus in its capacity as the agency now charged with enforcement of the FDCPA.

So what are the tactics that warrant the attention of the Justices? Nothing particularly complex. The case arose after attorneys, hired by the attorney general of Ohio to collect debts owed to the state, sent letters to individuals who owed the state money. Those letters accurately described the amounts that were owed, correctly stated that the debts were owed to the state, and truthfully explained that the state had retained the signatories to collect the debts from the individuals that received the letters.

That summary might seem to make light of the wrongdoing, but the truth is that the FDCPA challenge is a substantial one. The facts suggest a strong likelihood of two “per se” violations of the FDCPA. For one thing, a third-party collector violates the FDCPA when it sends a letter on the letterhead of the creditor that hired the collector; for another, it also violates the FDCPA if the third-party collector sends a letter that does not clearly identify the entity that has sent the letter. Specifically, under the rule adopted in the courts of appeals, the statute imposes liability if a letter might confuse the “least sophisticated consumer” about the letter’s source.

The problem for the debt collectors (and the state) is that the letter is almost certain to confuse if we judge by what the “least sophisticated consumer” might conclude. In a country in which nineteen percent of high-school graduates are illiterate, any written communication is likely to confuse the least sophisticated consumer. Applying the standard in this context, who can doubt that the “least sophisticated consumer” facing a collection letter from “special counsel” retained to collect Ohio’s debts would be unsure whether the attorney general authorized the collection effort in general or authorized the specific letter? Who can deny that the same consumer might be unsure as to whether the signatory was a full-time employee of the attorney general or an independent contractor retained to collect debts?

The strongest defense that the collector can impose is to argue that the FDCPA is wholly inapplicable because the “special counsel” are “officers” of the state, which would put them within an exemption from the FDCPA. Despite a vigorous amicus brief from Ohio (supported by numerous other states), the CFPB’s brief demonstrates that the collector’s reading puts considerable strain on the Court’s ordinary understanding of officer, which cannot easily be extended to include individuals who plainly are independent contractors rather than employees of the state.

As I read the briefs, then, the CFPB and the debtors have a strong argument that the statute in fact condemns the process that Ohio and so many other states have instituted for the purpose of collecting debts owed to them. Perhaps the Court will bend over backwards out of sympathy for the indisputably real and painful fiscal pressures that the states face, which doubtless motivate the cost savings of these programs. But that is what is actually at stake: the costs that the states will bear to collect the debts due to them. No decision is likely to help, or harm, the prospects for the debtors.   The vigorous dispute between the CFPB and the states over a topic of so little relevance to consumer welfare brings to mind nothing so much as the image of Nero plucking his lute over the smoldering ruins of the Roman capitol.