Argument analysis: On new health care case, a single word may tell it all

The Obama administration had four Supreme Court Justices quite plainly on its side Wednesday in the latest fight over the new health care law, but that may be all that it had because there was no way to stop other Justices from thinking — and thinking negatively — about a single word: “hijacking.”  In a real sense, the fate of the Affordable Care Act’s birth control mandate, at least for the near future, could well be bound up with that word.

“Hijacking” is what a long list of religious institutions that object for reasons of faith to contraceptive methods have used to describe what they say the federal government will do to their health-care plans as it moves toward providing free birth control to those institutions’ female employees and college students.  And, if there was a startling moment during the ninety-four-minute hearing on Zubik v. Burwell, it came when Justice Anthony M. Kennedy deployed that word in obvious sympathy to those institutions.

On an eight-member Court, with the late Justice Antonin Scalia not yet replaced, it was clear going into the Justices’ fourth review of a major controversy over the ACA that there was at least a possibility of a four-to-four split.  Four Justices remain from the majority, and four from the dissent, in the ruling two years ago that limited the government’s power to provide free contraceptives to the employees of for-profit businesses with a limited ownership by religiously devout families objecting to some forms of ACA-mandated birth control.

But among the four in the majority in the Burwell v. Hobby Lobby Stores decision was Justice Kennedy, and he had made a considerable effort then to make that ruling seem quite narrow.  In fact, in a separate opinion then, he openly endorsed the technique the government had used for non-profit religious institutions, to allow them to opt out of the birth-control mandate, and suggested it would work for for-profit companies, too.  But that is the very “accommodation” approach that, on Wednesday, he labeled a form of “hijacking” of non-profits’ health plans. 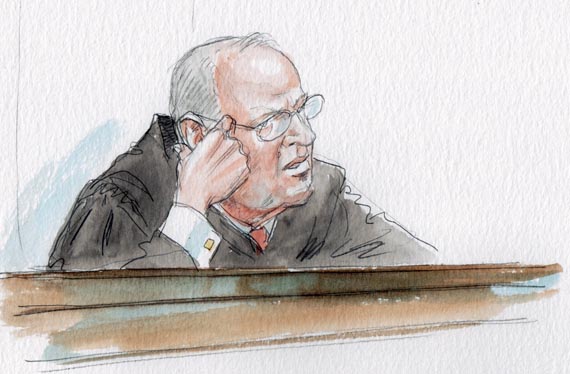 It might be that, if that had been Kennedy’s only comment during the lengthy and high-spirited hearing, it might not have been so telling.  But it was among a number of his other remarks and questions that appeared to show a significant concern for the ability of religious charities, hospitals and institutions to keep control of their own employee benefit plans. (He did make one passing comment that it would be hard for the Court to write an opinion that, if the government had provided an exemption for churches — as it does under the ACA birth-control mandate — the government had to exempt every other religious institution, too,  But that skepticism was reserved for an alternative argument by the non-profits that the government’s differing treatment of religious institutions made no sense, and that argument seemed to attract little support on the bench.)

The written transcript of the hearing showed that “hijack” and “hijacking” were heard a total of seven times.  It was first spoken by Washington, D.C., lawyer Paul D. Clement, early in a high-energy performance complaining about the government supposedly attempting to put his clients into the role of “conscientious collaborators” in the violation of their religious beliefs. 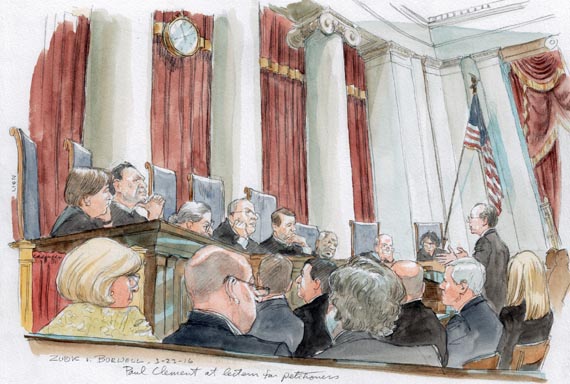 Chief Justice John G. Roberts, Jr., used the word as Kennedy had, in plain sympathy to the challengers.   All of the other times, it was spoken by Justices or an Obama administration lawyer, Solicitor General Donald B. Verrilli, Jr., as they tried to dispute that the “accommodation” amounted to the hostile takeover of the religious groups’ health plans.

The Chief Justice was quite active in the argument, and the sum of his participation was apparent and quite strong support for the non-profit groups’ claims that the government was enlisting their plans in an enterprise that violated their beliefs.  Justice Samuel A. Alito, Jr., however, was the most outspoken defender of the claims of the non-profit institutions.  He pressed Verrilli, for example, to say why the ACA birth-control mandate was not the equivalent of someone setting up a birth-control clinic in the home of a nun in the Little Sisters of the Poor, and expecting her to tolerate it without protest.  (That was a rather extreme hypothetical that attorney Clement had suggested would be equivalent to the ACA mandate’s effect on the Little Sisters’ health plan for its employees.) 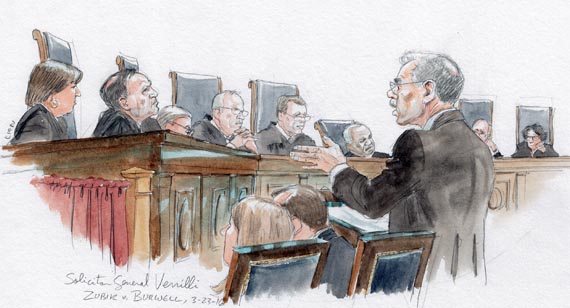 On the other side of the Court’s seeming divide on Wednesday, Justices Ruth Bader Ginsburg, Elena Kagan, and Sonia Sotomayor left no doubt whatsoever that they were prepared to side with the government’s view of the perceived benign effect and operation of the ACA mandate.  Justice Stephen G. Breyer spent a good deal of time expressing difficulty in drawing a line to define what was allowed or not allowed under the ACA mandate as it applied to religious institutions, but the thrust of much of his questioning seemed quite supportive of the government.

If those four do vote, when the Court takes up the case for discussion at this Friday’s private Conference, to uphold the ACA mandate, they may well find the Chief Justice and Justices Alito and Kennedy on the other side.  (The chances are that Justice Clarence Thomas, who was part of the Hobby Lobby majority two years ago, would be sympathetic to the religious institutions’ claims, although he said nothing on Wednesday.)

Such opposing alignments could mean the Court would vote four to four on the outcome.  If the Justices concluded that that was the only option available to them as an eight-member Court, the effect would be to uphold the federal appeals courts’ decisions that the Court was reviewing on Wednesday; all had gone in favor of the ACA mandate.  A four-four split would actually set no precedent and it would not resolve the existing conflict among appeals courts on the validity of the mandate under the Religious Freedom Restoration Act.   Eight appeals courts have sided with the government, but one — the U.S. Court of Appeals for the Eighth Circuit — had ruled in favor of the religious non-profit institutions’ challenge to the ACA mandate.

What that would mean, at least in the short term, is that women who lived in the geographic areas of the eight federal appeals courts that have upheld the mandate could begin to receive free contraceptives under the mandate, perhaps until the Supreme Court could in the future take up the question again.  The government has appealed Eighth Circuit’s ruling against the contraceptive mandate to the Justices, and the Court could turn to that next.

But, with the prospect that the Scalia seat would remain open for some period of time amid squabbling between the White House and the Senate over who would succeed Justice Scalia, there would not be much prospect for the Court to do better than a four-to-four split on any new case testing the mandate’s legality.  That would leave the rather bizarre effect that the mandate was in effect in much of the nation, but not in the seven states that are located in the Eighth Circuit: Arkansas, Iowa, Minnesota, Missouri, Nebraska, and North and South Dakota.

The Court would also have the option, in view of the initial vote of a split, to try to put the case over into a new Term, perhaps in hopes that a ninth Justice would join the Court and allowed a majority to form on this controversy.

And it is not beyond the possible that the Court would strive very hard to put together a majority position on the Zubik case, so as to avoid an even split or the prospect of putting off the question for perhaps a fairly lengthy period of time. 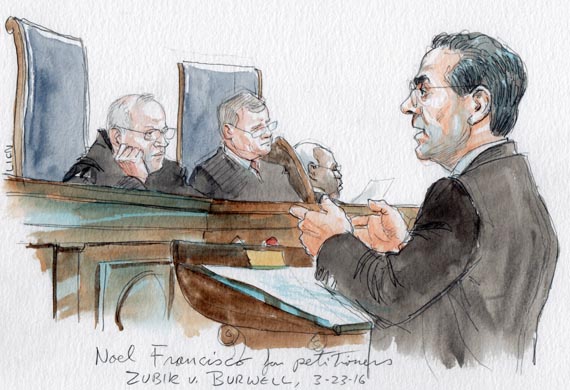 If Wednesday’s hearing did result in leaving a number of options dangling before the Justices, there was one aspect of it that was free of any doubt: Washington attorney Clement, and the other Washington lawyer, Noel Francisco, arguing for the religious non-profits, would do their best to entice the Court into thinking about this case as if it were mainly about the sympathetic order of the Little Sisters of the Poor.  In fact, in the very first sentence of Clement’s opening argument, his first words were a reference to the Little Sisters of the Poor as a client.  He and Francisco made repeated references to that Roman Catholic order throughout their presentations.

The case, actually, has the title of Zubik v. Burwell, because the case by that name was the first to reach the Court, and any decision in the case will be known by that title.