The Supreme Court, following a tradition that dates to the nineteenth century, has hung memorial draping in black wool crepe around the late Justice Antonin Scalia’s Bench Chair and at the front of his place on the Bench. In addition, a black drape has been hung over the main doors to the courtroom. 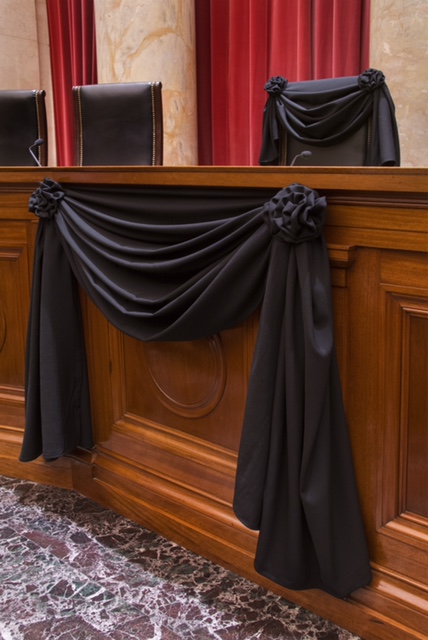 Supreme Court Associate Justice Antonin Scalia’s Bench Chair and the Bench in front of his seat draped in black following his death on February 13, 2016.

The flags on the Court’s front plaza will be flown at half-staff for thirty days, the Court said. 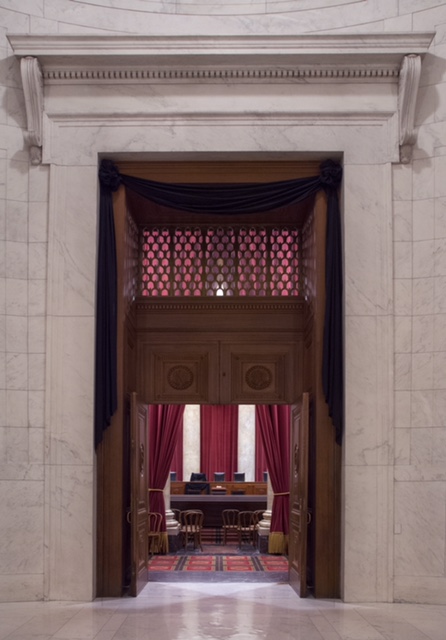 Posted in Justice Scalia passes away