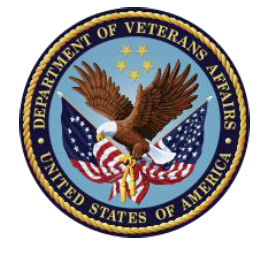 Kingdomware Technologies is a Maryland-based company that provides web, software, and technology services. It is owned by Tim Barton, a U.S. Army veteran who served in 1991’s Operation Desert Storm. Barton was permanently disabled as a result of an injury during his service, and Kingdomware is certified as a “service-disabled veteran-owned small business, ” which makes it eligible to compete for VA set-asides. In 2012, a Veterans Administration contract for an emergency notification system went to a vendor that was not owned by a veteran. Kingdomware challenged the award, arguing that a 2006 law required the VA to consider whether the contracts should have been set aside for a veteran-owned small business.

When the Justices return from their winter recess on Monday, Kingdomware’s dispute with the federal government will be on their docket, in the first oral argument since the death of Associate Justice Antonin Scalia. At issue in the case, which could affect how the VA spends as much as $10 billion each year, is a topic that was near and dear to Scalia’s heart: statutory interpretation.

The U.S. Court of Appeals for the Federal Circuit rejected the company’s argument. It ruled that Section 8127(d) requires the VA to use the Rule of Two when it wants to use a particular procurement to meet its annual goals for awarding contracts to veteran-owned small businesses. But as long as it meets those goals, the lower court reasoned, it can also use the Federal Supply Schedule – a supply program in which the government negotiates a deal for products and services up front, allowing federal agencies to place orders under those contracts without having to solicit bids on the open market. Otherwise, the court of appeals suggested, the requirement that the VA set goals would be meaningless, as the number of contracts that go to veteran-owned small businesses would hinge on the “success or failure of the Rule of Two in the marketplace,” rather than the goals.

In its merits brief at the Supreme Court, the federal government pivots and offers yet another interpretation of Section 8127(d). As an initial matter, the government agrees with Kingdomware that the use of “shall” in Section 8127(d) is mandatory, so that VA contracting officers are indeed required to use the Rule of Two when they solicit and award new contracts on the open market. But when, as in this case, the VA is not soliciting and awarding a contract on the open market but instead only placing an order under an FSS contract that is already in place, the set-asides in Section 8127(d) does not apply. This was, the government contends, a distinction that had long been reflected in the Federal Acquisition Regulation – the government-wide regulation dealing with procurement – when Congress enacted Section 8127(d) in 2006. And indeed, the government adds, there is nothing in Section 8127(d) about “orders,” the FSS, or “procurements,” which “reinforces the inference that Congress intended” the 2006 Act to operate the same way. Moreover, the government continues, agencies like VA need to be able to place orders under the FSS to operate effectively. Under the current system, the government explains, whenever the VA needs anything from angioplasty stents to temporary nursing help, it can simply go online and select from quotes on the General Services Administration website. By contrast, the government contends, under Kingdomware’s approach, the VA would have to figure out whether the Rule of Two is satisfied and go through the procedures for a new contract whenever it needed to buy something, even if it could use the FSS to fill the order.

The parties paint very different pictures of the effect that a ruling for the other side would have on veterans. Kingdomware emphasizes that small businesses offer veterans a way to deal with the “special challenges” they face in “reintegrating into the civilian workforce.” But if the government prevails, Kingdomware and its amici explain, as much as $10 billion in VA spending may not be subject to competitive bidding, and millions of businesses owned by veterans “would have drastically reduced opportunities” for them to compete. But the government counters that a ruling for Kingdomware would on net harm veterans by “imped[ing] the VA’s efforts to provide high-quality care,” by requiring it to solicit bids instead of using the FSS, which would in turn “likely force the VA to hire many more contracting officers and delay the VA’s acquisition of important medical supplies and services.”

One potentially interesting procedural wrinkle is that this case was originally scheduled for oral arguments on November 9, 2015. However, on November 4, the Justices removed the case from the November argument calendar and asked both sides to file briefs addressing whether the case was moot because the contracts at the center of the dispute had already been performed. On this point, Kingdomware and the federal government are largely on the same page: they agree that, although the contacts had indeed been performed, the case is not moot because the dispute before the Court is a classic example of a controversy that is “capable of repetition yet evading review.” As Kingdomware explains, most of the contracts for which it competes last a year or less – not enough time to relitigate this dispute over the meaning of Section 8127(d). But they part ways on the federal government’s suggestion that the Court could, in the alternative, send the case back to the lower court for it to consider the mootness issue for the first time.