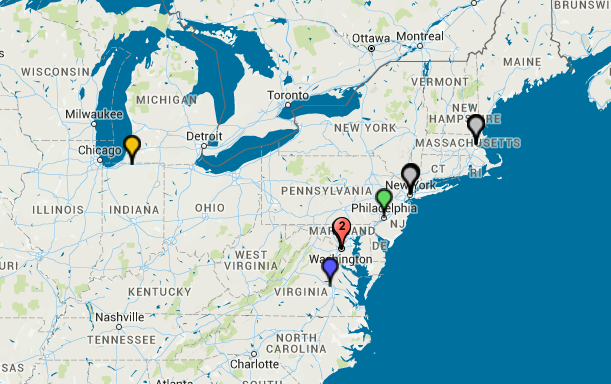 Justice Anthony Kennedy picks up a couple of awards, Justice Stephen Breyer continues promoting his book on international law and the Supreme Court, and Chief Justice John G. Roberts, Jr., reflects on his role as the Court’s leader in this overview of the Justices’ November and December events.

Breyer had back-to-back events in Cambridge, Massachusetts, on November 6, participating in a conversation for the John F. Kennedy, Jr., Forum at the Harvard Institute of Politics before discussing his new book, The Court and The World: American Law and the New Global Realities, at the First Parish Church. Video of his appearance at the Harvard Institute of Politics is available, as is a report from the Harvard Gazette. Notably, Breyer was asked about his role in drafting the Federal Sentencing Guidelines in the 1980s, and he stated that “[t]his was meant to be a movement, not perfection, but a movement in the direction of — focus on the individual, have the commission figure out, on that basis, what’s going to happen to the person, and — let’s move toward uniformity. If I had to do it over again, I think I’d do it. I understand it’s unpopular and I understand there are a lot of good criticisms, but I think I’d do it.”

On November 9, Roberts presented the Kathleen McCree Lewis Award to Justice Kennedy at the American Academy of Appellate Lawyers Fall Meeting in Washington, D.C., to honor Kennedy’s “exemplary service to the nation and the rule of law in his 40 years as a federal appellate judge.” 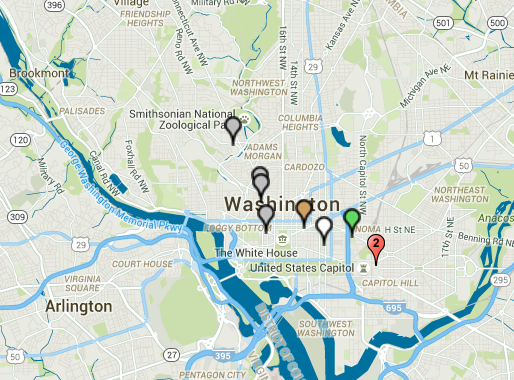 Two days later, Justice Antonin Scalia delivered a lecture on constitutional interpretation at the Abraham Lincoln Foundation of the Union League of Philadelphia, where he stated that his textualism sometimes compels him toward results that he personally would not prefer. Using flag burning as an example, Scalia said: “If it were up to me, I would put in jail every sandal-wearing, scruffy-bearded weirdo who burns the American flag. But I am not king.” The Associated Press has a review.

Justice Samuel Alito gave the Bonnie and Richard Reiss Lecture in Constitutional History and Law at the New-York Historical Society on November 14.

On November 16, Justice Elena Kagan presided over the final round of the Ames Moot Court Competition at Harvard Law School. The Harvard Civil Rights-Civil Liberties Law Review provided a live blog of the proceedings. You can also watch the final round online.

The following day, Kagan gave the Scalia Lecture at Harvard Law School, where she predicted that Scalia would be remembered as “one of the most important, most historic figures on the Court.” The Harvard Crimson has a summary, and Harvard Law School has posted the full video of the lecture online.

On the same day, Scalia gave a talk to first-year students at the Georgetown University Law Center, where he argued that the common law subjects of the 1L curriculum, including contract and torts, give new students a perception of judges that may not be accurate. “When you open your eyes to law, your image of the law is the common-law judge who figures out the right answer to a problem,” Scalia said. “It is true that the great judge was the judge that could figure out things. But what has intervened between then and now is something called popular democracy… The job of the modern judge is not to invent the law anymore, not if you believe in democracy anyway.” The Hoya has coverage of Scalia’s talk.

Justice Sonia Sotomayor addressed University of Richmond students on November 17, where she recalled that she had almost dropped out of the confirmation process before a friend told her that her presence on the Court, as its first Latina Justice, would hold a special significance for many. “This may not be completely about me… It’s about something else. And so I try to continue not to live within me, but to understand that it’s important for other people.” Video is available on the university’s website, while the Associated Press has a report on her remarks.

Meanwhile, Alito traveled to Indiana for a couple of events at the University of Notre Dame. He participated in a discussion on Italian constitutional law on November 18 and spoke to Notre Dame Law School students on November 19. A review of the November 18 panel is available at the Observer Online.

Also on November 19, Breyer delivered the keynote speech at the Robert F. Kennedy Human Rights Award ceremony in Washington, D.C. Mike Sacks of the National Law Journal reports that Breyer focused on the importance of the rule of law, at one point stating that its security depends on teaching future generations “about our history, which is filled with ups and downs — including slavery, including a bloody civil war, including racial segregation.”

Roberts gave remarks on one of his predecessors, Chief Justice Charles Evan Hughes, on November 20 as part of the Historical Society of the New York Courts and the Supreme Court Historical Society’s “Nominated From New York” series. The Chief Justice also answered some questions about his role, noting that leadership on the Court is an “unusual concept.” “I have the same vote as everybody else,” but “I can’t fire them if I disagree with them and I can’t even dock their pay.” A report is available via CNN’s Ariane de Vogue.

Breyer will remain active on the speaking circuit this month, scheduling at least four events in Washington, D.C., and New York. He was the featured author for the Aspen Institute’s Alma and Joseph Gildenhorn Book Series on December 7, the video for which is online. On December 10, he spoke about his book at a World Bank and Washington Foreign Law Society event. Breyer travels to New York next week, where he will deliver the John B. Hurford Memorial Lecture at the Foreign Policy Association on December 16 and participate in a conversation with architect Henry N. Cobb at the Cooper Union on December 18.

In other December news: