Argument preview: Justices to take on sovereign immunity in the Internet age 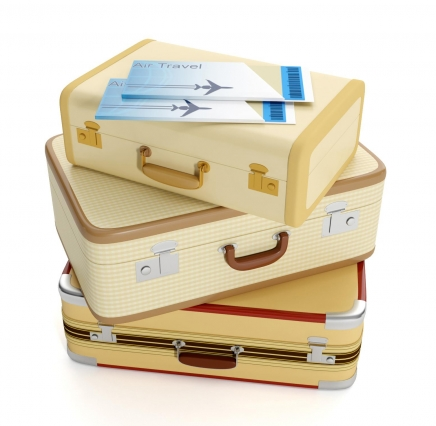 Next Monday the Justices return to the bench to hear oral arguments in the opening session of their new Term.  First up is a case brought by a California woman who lost both of her legs in a train accident in Austria and is now suing the railroad, which is owned by the Austrian government.  The question before the Court is whether her lawsuit can proceed at all, or whether the railroad instead is entitled to immunity under a 1976 law that bars most lawsuits against foreign countries.  In today’s interconnected world, the Court’s answer could have significant ripple effects for both the U.S.’s relations with other countries and U.S. citizens who travel overseas.

In 2007, from her home in California, Carol Sachs bought a Eurail pass over the Internet from a website operated by a Massachusetts company, The Rail Pass Experts.  RPE sold the pass as an agent of an Australia-based travel agency, which in turn serves as a sales agent for the Eurail Group, a consortium of thirty European railroads (including OBB, the defendant in this suit) that markets the passes.  Sachs’s pass allowed her to travel between Austria and the Czech Republic for four days over a two-month period, and it entitled her only to board the train and sit in any seat that wasn’t already occupied.

After she arrived in Austria, Sachs bought a reservation for a “couchette” – a seat that converts to a bed for sleeping – on an OBB train from Innsbruck to Prague.  However, when she went to board the train a few days later, Sachs fell and was gravely injured, requiring both of her legs to be amputated above the knee.  She later filed a lawsuit against OBB in federal court in California.

The district court dismissed Sachs’s lawsuit.  It relied on the Foreign Sovereign Immunities Act, a 1976 law which generally prohibits lawsuits against foreign countries in U.S. courts.  And although Sachs urged the district court to allow her suit to go forward under an exception to the FSIA for lawsuits that are “based upon a commercial activity carried on in the United States by the foreign state,” the court instead agreed with the railroad that the commercial activity exception does not apply.  After the full Ninth Circuit reversed on appeal, OBB asked the Supreme Court to weigh in – which it agreed to do notwithstanding the federal government’s recommendation to the contrary.

The Justices have two questions before them.  The first goes to how courts should determine whether a state-owned company like OBB can be sued in U.S courts for the actions of a third party like RPE.   The FSIA defines the term “foreign state” to include “an agency or instrumentality of a foreign state,” which another part of the statute in turn defines as “any entity” that is “a separate legal person” and “an organ of” or majority owned by “a foreign state.”

For OBB, it’s a simple case.  The FSIA, OBB argues, was intended to be “a comprehensive statute” governing claims of immunity by foreign countries; courts do not need to, and in fact should not, look beyond the text of the FSIA to determine whether RPE qualifies as a “foreign state” or “agency or instrumentality of a foreign state.”  And because RPE is neither an organ of nor owned by OBB, it does not fall within the FSIA’s definition, and the commercial activity exception does not apply.  Nothing in the statute suggests that courts can attribute the acts of any other entities, not included in the statute’s definition, to the foreign state.  But even if the Court were to go outside the text of the FSIA, OBB continues, Sachs’s lawsuit still cannot go forward, because the relevant question (set forth in a 1983 decision in a case involving a bank established by the Cuban government) would be whether OBB so closely controls RPE that RPE is effectively OBB’s agent – which it does not.

For her part, Sachs (which has the support of the federal government on this point) emphasizes that, when it enacted the FSIA, Congress intended that foreign states which engage in commerce would be treated just like private companies.  And OBB’s focus on whether RPE falls within the FSIA’s definition of “foreign state,” she maintains, misses the mark.  The only purpose that definition serves is to determine whether an entity is equivalent to a foreign country and therefore entitled to sovereign immunity – it would come into play, for example, if RPE were arguing that it was entitled to sovereign immunity.  Instead, Sachs contends, the real question is whether the foreign country has “carried on” commercial activity in the United States; courts should answer that question using the same legal rules that they would use in any other dispute to determine whether one company is acting as another company’s agent.

Even if Sachs can prevail on the first question before the Court, though, she must also carry the day on a second question:  whether her claims are “based upon” commercial activity in the United States at all.  Here the dispute centers on precisely which conduct courts should regard as “commercial activity” for purposes of making this determination, and how central that conduct must be to the plaintiff’s claims.

OBB (along with the federal government, which parts ways from Sachs on this point) urges the Court to adopt a relatively narrow approach that looks at the “gravamen” – the “gist or essence” – of a plaintiff’s claim.  In tort cases, OBB explains, this means that courts should look at “the act that constitutes wrongdoing.”  Here, OBB continues, the commercial activity exception does not apply because the “gravamen” of Sachs’s lawsuit is claims arising out of the specific accident in Austria in which she was injured.  This approach, OBB argues, will provide a “clear and predictable” rule for courts to follow; moreover, the federal government adds, it will prevent “U.S. courts from assuming jurisdiction over cases in which all or virtually all of the acts or omissions that are the subject of the parties’ dispute took place abroad—a considerable expansion of the FSIA’s limited exceptions to foreign-sovereign immunity.”

Sachs urges the Court to look at the language of the exception with a wider lens, arguing that the commercial activity on which her lawsuit is based is OBB’s railway operations more broadly, which have substantial contact with the United States.  That approach is appropriate, she contends, because although other parts of the statute use the term “act,” this section of the statute uses the term “commercial activity,” which can refer not only to “a particular transaction or act” but also “a regular course of commercial conduct.”  But even if the Court were to agree with OBB that the proper focus is on a particular act in the United States, she can still prevail because courts should look not at the “gravamen” of a claim (as OBB and the federal government maintain) but instead at whether that act merely constitutes “one element of the action” – which does not have to be “the primary or most important one.”  Her rule, she adds, is actually the clear one, requiring courts only to determine “whether the relevant conduct on U.S. soil constitutes an element of the action.”  And that, she adds, is something that lower courts have done “for decades in cases factually similar to this one.”

Although the focus of this case is on the specific terms of the commercial activity exception, its impact could be much broader.  One “friend of the court” brief, filed by a group of mostly European rail carriers in support of OBB, warns the Court that, if Sachs were to prevail, and “sovereign immunity is so easily bypassed as in this case, foreign governments and international treaty organizations may respond in kind” by relaxing their own immunity rules.  And the governments of the Netherlands and Switzerland caution the Court against allowing “random transactions” on the Internet to “circumvent basic legal principles governing jurisdiction and international relation among governments.”  But Sachs counters that a different kind of evasion will occur if the Court adopts OBB’s rule:  a “savvy” foreign government could easily duck liability for its commercial activities in the U.S. simply by conducting its operations through contractors – to the detriment of U.S. citizens.