Shortly after 10 a.m. on Wednesday, the Supreme Court will hold one hour of oral argument on the scope of an employer’s legal duty to make room in the workplace for individuals with religious beliefs that may conflict with job needs.  Arguing for the federal government in Equal Employment Opportunity Commission v. Abercrombie & Fitch Stores, Inc., will be Deputy U.S. Solicitor General Ian H. Gershengorn.  Representing the retail store chain will be Shay Dvoretzky of the Washington, D.C., office of the Jones Day law firm.  Each will have thirty minutes of time. 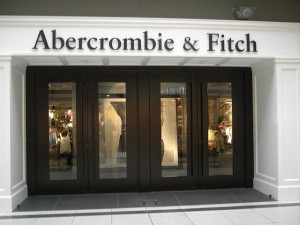 Can a retail store’s dress code for its sales clerks get the management into legal trouble?  Potentially, it can, if the code conflicts with the religious scruples of a worker seeking a job — at least if the store can find a way to respect those beliefs without seriously disrupting its retailing approach.

What the Supreme Court is now confronting is how courts should sort out the duty to show that respect: must the job applicant specifically make her private religious needs known up front, or must the company make its policies clear, so that an applicant knows what is required and can ask for an accommodation?

The case of EEOC v. Abercrombie & Fitch Stores, Inc., involves a retail store chain that believes its sales are enhanced if each of its employees has a “preppy look” — something like the garb of a preppy East Coast college student.  As part of that dress code, the store will not allow any worker to wear a cap, interpreted in this case to include a ban on a head scarf, too.  That policy apparently cost a young Muslim woman a job at the company’s store in the Woodland Hills Mall in Tulsa, Oklahoma.

The EEOC concluded in the case of Samantha Elauf, who was seventeen years old when she applied for a sales job at the store in 2008, that the company discriminated on the basis of religion by refusing to hire her because she insisted on wearing a religious scarf — a hijab — as part of her faith obligation.  A federal judge agreed, but the U.S. Court of Appeals for the Tenth Circuit did not.

Under Title VII, the 1964 federal civil rights law banning workplace discrimination, it is illegal to hire or fire an individual, or take other employment against against them, based on that person’s  religion.  Under a 1972 amendment to Title VII, religion is defined as all aspects of religious observance and practice, and the employer must make an effort to accommodate that individual unless the employer can show that doing so would impose an undue hardship on its business.

The EEOC, which enforces Title VII, takes the view that employers should not routinely ask potential employees about their religion because that could be intimidating, but it also interprets the law to mean that it is the employer’s legal duty to make job applicants aware of all job practices that might affect the working relationship.  The applicants should not be required to explicitly notify the potential employer about their religious views, according to EEOC.

It could often be the case, according to the commission, that a job applicant simply does not know that the business to which they are applying has a policy that will affect their religious views or practices.  To encourage a dialogue about such things, the EEOC believes, the employer should be open about its policies so that the applicant knows what is expected.

In Elauf’s case, the EEOC has argued, the store’s management team should have told her about the dress code and thus given her an opportunity to seek an accommodation so she could wear her hijab after being hired.  The EEOC cleared the way for a lawsuit, after concluding that Abercrombie & Fitch explicitly discriminated against the applicant because of her faith practice.

A federal judge in Tulsa accepted the EEOC’s view, and ruled that the store management had violated Elauf’s rights to a job with an accommodation.  The Tenth Circuit disagreed, ruling in a split decision that Title VII requires that employers have explicit, verbal notice of a job applicant’s religious needs that may conflict with company policy.  Such direct notice is required, the appeals court decided, so that the employer has “particularized, actual knowledge” that the applicant follows a specific faith practice and will need an accommodation for it.  Because Elauf did not provide that in her crucial job interview, the appeals court ruled, there was no Title VII violation in the refusal to hire her.

The EEOC took the case on to the Supreme Court, and the Justices granted review last October 2 to consider whether the Tenth Circuit had added a new layer of legal duty for job applicants that cannot be squared with Title VII.  The EEOC argued in its petition that the notice requirement would undermine the law’s protection, and that the Tenth Circuit’s view conflicted with that of four other federal appeals courts.

The EEOC’s merits brief contended that an employer’s refusal to hire an applicant based upon the employee’s religious view or practice is a form of intentional religious bias, and argued that this is the kind of “core conduct” that is prohibited under Title VII.

Adopting the view of the Tenth Circuit, the commission brief asserted, would clear the way for employers to “choose job applicants based on one of the attributes that Congress sought to remove from the hiring process.”  Congress singled out workers’ religious views and practices, the brief said, as an area of employment relationships in which there should be “bilateral cooperation” that could lead to an accommodation to enable such workers to get hired.  A “reconciliation of needs” — the need of the job applicant, and the employer’s needs — is what the law mandates, according to the commission.

Job applicants, the EEOC conceded, do have superior knowledge of their religious beliefs, but employers on their side of the work equation have superior knowledge of their work rules.  Employers thus may sometimes become aware of a religious conflict that a job applicant had not known existed, the brief said.  If an employer suspects there will be a religious conflict, then it can simply tell a job applicant, the EEOC said, and then ask whether and why the applicant would not be able to satisfy the work rule.

The outcome of this particular case, the commission said, is clear: Elauf did not get the job because a store manager rejected her because of her hijab, which the manager knew reflected a religious practice.

Abercrombie & Fitch’s brief on the merits argued that its “look policy” dress code is a neutral policy toward religion, so at most this case potentially might be about “a discriminatory effect” rather than a “discriminatory intent.”  The store manager did not single out Elauf’s Muslim faith as a reason for treating her differently from applicants of a different religious faith, so there was no intentional religious bias at work.

But, the company brief asserted, this case is not even about “discriminatory effect” because EEOC has chosen to pursue it at the Supreme Court only on an intentional bias claim — a position, the brief said, that the agency did not take when this case was in lower courts.  The commission’s merits brief, the company contended, represented a switch from the usual practice EEOC has found in religion cases arising in the workplace.

Because there is no basis for an intentional bias claim here, and there is also no basis for determining just what duty of accommodation the employer here may have had. the Court should simply affirm the Tenth Circuit’s ruling and end the case there, Abercrombie’s filing said.

If, however, the Court were to rule on whether Abercrombie had failed to give Elauf a religious accommodation, it should hold that a company violates Title VII only if it has actual knowledge that there is a religious conflict in the case of a specific job applicant, not a mere guess that such a conflict might arise.

Such a holding, according to the company, would follow the rule that has been established for more than forty years, with employees and job applicants taking the initiative to identify their need for an accommodation, thus eliminating any need for management to guess or speculate about that.  Someone must initiate a request for an accommodation, Abercrombie said, and the employee or applicant herself is “better suited to do so.”

The EEOC has drawn the support of a wide range of religious organizations, across mainstream faith groups, plus religious freedom advocacy organization, civil rights groups, and nine states.   Abercrombie’s amicus support has come from business groups, state and local government organizations, and the libertarian Cato Institute.

After the Justices’ hearing on Wednesday, the Court is expected to deliberate over coming weeks and months, with a decision before the summer recess in late June or early July.