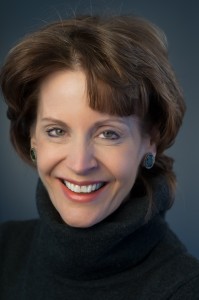 Today, Reuters released The Echo Chamber, which reports on the results of a major data-focused investigation into the certiorari docket at the Supreme Court, and the outsized success of a small set of elite lawyers in getting cases before the Court. Below, Joan Biskupic answers a few questions about the study from our contributor, Eric Citron.

What prompted Reuters to dig into the Supreme Court docket? We’d noticed that certain lawyers seemed to be increasingly successful with cert. petitions and that many in this core group were arguing more cases. A tiny cadre appeared to have developed a disproportionate influence. We wanted to see if the data matched that hunch. No one had ever looked comprehensively at petitions.

How was the examination done? Using Westlaw files, a Reuters data editor and researchers went through more than 10,000 petitions filed by private lawyers, categorizing them by type of case, type of client, and type of lawyer and firm. This took months. Those petitions involved about 17,000 attorneys. Looking at various measures, we identified sixty-six lawyers, each of whom had filed an average of at least one petition a year from 2004 to 2012 and had at least three granted cases. That put these sixty-six far above the norm in terms of success. We probed oral argument patterns, too, and identified an elite group of eight lawyers who were arguing the most before the nine Justices.

What surprised you most? First, it was the big influence of this tiny group. Although the sixty-six lawyers we identified made up far less than one percent of the lawyers who filed petitions with the Court, they were involved in forty-three percent of the cases the Court accepted. The strength of the corporate tilt and the deepening insularity surprised us, too. Both elements were predictable to an extent with the current court, but the depth of the patterns was striking. For example, on the insularity, we found that half had been law clerks. There was no getting around the fact that familiarity seemed to matter, and that the merits of the lawyer may be playing a role in the review of petitions today.

What struck you about the “corporate tilt” that you mentioned? The domination of the docket by corporate interests has consequences for consumer and employee cases. Because corporate lawyers can’t take those cases (based on firm-wide conflicts of interest), individuals are often left to a smaller, and collectively less successful, pool of lawyers. Also, it’s probably worth noting that this elite, largely corporate group of sixty-six lawyers is remarkably homogeneous: sixty-three are white, and only eight are women.

Did the Justices talk to you? Yes, eight of the nine spoke for the record. Chief Justice John Roberts did not.

What was the reaction from the Justices? On the corporate trend, some said that it is a natural byproduct of litigation in America: rich companies can hire big-time counsel. They also rejected concerns about lopsidedness by noting that experienced hands such as Stanford University law professor Jeff Fisher often represent individuals and the other side in corporate disputes. But lawyers at clinics and smaller firms told us, essentially, that they can only do so much.

Did the Justices lament the lack of diversity in lawyers who come before them? No, they stressed that what matters to them is the quality, not any kind of broad diversity. They acknowledged that they notice the attorneys on a petition and that clerks will often note in the pool memo [a document prepared by a law clerk and distributed to eight of the nine Justices that evaluates each petition for certiorari and makes a recommendation regarding whether cert. should be granted] if they think a case will be “well lawyered.” They rejected concerns about “a guild,” as some critics deemed it, or about the corporate sensibility of those who appear most. At bottom, they want lawyers who are familiar with the institution and speak its language.

Did your analysis account for the distinction between petitions filed in civil cases and the much larger set of petitions filed in indigent criminal cases, and do you think that might be influencing the way the data look? We eliminated the pauper cases from the database. We wanted a subset that would provide the clearest look at the private bar and its characteristics today.

Do you think it’s possible that the prominence of the small set of Supreme Court advocates is an effect rather than a cause – that clients seek out big-time counsel in cases that have a plausible chance of being granted, or that big-time counsel only choose to take those cases? There could be a “screening” effect – that is, corporate law firm counsel naturally gravitate to the cases that have the strongest chance of being taken. We found anecdotally that while many lawyers naturally look for cases that would be worthy grants, they also work hard to frame the long-shots, for example, those where the circuits truly are not split.

Do you have an instinct for how much of the success of this small group could be attributed to skill and knowledge of the system rather than their prominence as counsel inside the Court?  We think their success arises from a mix of factors that plainly includes the skill and know-how gained from being on the inside. Lawyers who were clerks or closely watched the Justices from the Solicitor General’s office understand what these nine Justices are looking for in petitions and at oral arguments.