“Heroes . . . who lost the fight”: Lea VanderVelde on Dred Scott 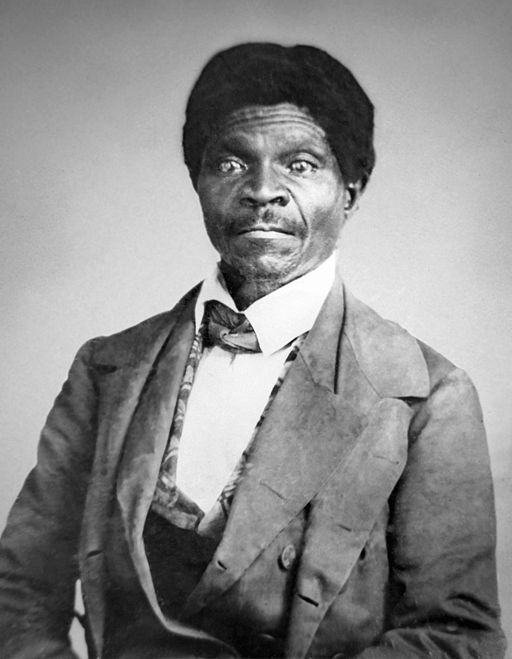 On May 1, Lea VanderVelde of the University of Iowa College of Law delivered the first lecture in the Supreme Court Historical Society’s 2014 Leon Silverman Lecture series, hosted by Justice Ruth Bader Ginsburg.  VanderVelde’s topic was “Dred Scott in context.”

Dred Scott, a slave, famously sued for his freedom in Missouri prior to the Civil War. It was the only case of a slave suing a master to reach the Supreme Court. The Court’s holding in Scott’s case that slaves were not citizens and could not sue in the courts later earned Dred Scott v. Sandford – which retired Justice Sandra Day O’Connor once described as “that terrible case” — the unenviable distinction of being one of the Court’s most discredited decisions.

“It’s not surprising that a slave would lose,” VanderVelde told the audience, “but it is surprising that he would sue,” given the fundamentally passive role of slaves. VanderVelde went on to explain that  “the circumstances were bleached out” of the litigation:  the statement of facts in Scott’s case was stipulated on appeal and then repeated verbatim by the Justices, making it unclear how and why this unusual litigation even came about.  Over the next fifty minutes, VanderVelde explained that the circumstances that led Scott to sue and then to stick with the litigation for eleven years, finally culminating at the Supreme Court, can be attributed to three different sets of factors:  geography, local law, and hidden parties.

Geography helped to create the conditions for Scott’s case because he was seeking “freedom by residence,” a theory often invoked by slaves who, like Scott, had spent time in the free states.  “Geography was destiny” for slaves, VanderVelde explained, because western migration, typically via the Ohio River, frequently resulted in slaves spending prolonged periods of time in free states, which gave them a claim to freedom.  Scott’s travels with his master, an army doctor, led him to spend considerable time in Illinois, where he met his wife, and then in Minnesota, where he and his family lived on an army settlement.  This immediately raises the question why Scott would even return to Missouri, a slave state, when he was already living in the free North.  The Scotts returned to Missouri, VanderVelde explained, only after the settlement was destroyed; they lacked the materials and skills to survive the rapidly approaching harsh winter,  all steamboats south traveling south from Minnesota went to St. Louis.

In Missouri, Scott attempted to buy his freedom from the army doctor’s widow, but she refused, at which point he sued – bringing local law into play.  Scott’s loss in Missouri court was not a foregone conclusion, VanderVelde explained, because Missouri not only allowed Scott to sue, but it also provided him with legal counsel.  Indeed, although Missouri was a slave state, slaves prevailed in more than one hundred contested cases in St. Louis.  The state, VanderVelde said, took its role in the Missouri Compromise very seriously.  Having been inducted into the Union as a slave state balancing the addition of Maine as a free state, Missouri saw itself as responsible for balancing those same interests on the local level as well.  Thus, for example, the state would appoint a lawyer for slaves whenever a judge ruled that they had a cognizable claim in court. Appointed counsel were usually present at the court on other business; VanderVelde stressed that there was no cause lawyering, no civil rights bar.  Instead, these were local trial lawyers, typically slave owners themselves.  While Scott did have the benefit of representation, he and his family suffered substantial setbacks, including a cholera outbreak that closed the courts and delayed their trial for a year.

There were many reasons the case might have settled. For starters, Scott was past his physical prime and therefore not worth very much as a slave.  Given that, VanderVelde suggested, one might think that both sides’ dedication to the litigation was motivated by ideology or personal grudges, but it was not.  Here, the third category of “hidden parties” became important.

The first set of hidden parties included Dred’s wife and their two daughters.  Harriet Scott had filed her own claim — which, VanderVelde pointed out, was much stronger than her husband’s because her master formally relinquished her when he allowed her to marry.    Although her case was the stronger of the two, it was nonetheless subordinated to Scott’s under the tradition of the wife being subordinate to the husband.  This fact was in turn significant because a child’s status as a slave depended on that of her mother; therefore, Mrs. Scott’s status would determine the status of the family’s two daughters.  The fact that the aged Scott had a family, which was understood to be a legacy to his master’s family, increased his value – and, by extension, the importance of the litigation – substantially.

The other hidden party was a powerful St. Louis family that owned many slaves.  Scott’s master, the army doctor, had been their son-in-law before his death.  The family pressured Sandford, the executor of the doctor’s estate, to pursue the case because they worried, for the future of their own estate, about the impact of a ruling that a slave could sue for freedom for himself and his family.  Mrs. Emerson, the doctor’s widow, also applied pressure because she wanted to ensure that ownership of the Scott daughters would pass to her daughter.

Combined, these factors created the conditions for the Scotts’ long legal battle, which included three trials, in one of which they prevailed.

In her conclusion, VanderVelde stressed that before the Scotts’ loss at the Court, Missouri had recognized not only freedom by residence for over thirty years, but also slaves’ right to standing and an attorney.  But the Court’s ruling that slaves were not citizens and did not have standing to sue thus enshrined both racial and legal inequality.

After the Scotts lost their case in the Supreme Court, ownership was transferred to a Massachusetts Senator, whom the widowed Mrs. Emerson had married.  The Scotts were subsequently freed. As VanderVelde put it, it was this Northern Senator’s embarrassment, rather than the rule of law, that ultimately secured the Scott’s freedom. In spite of this, VanderVelde said, the Scotts “were not victims, but heroes, who lost the fight.” 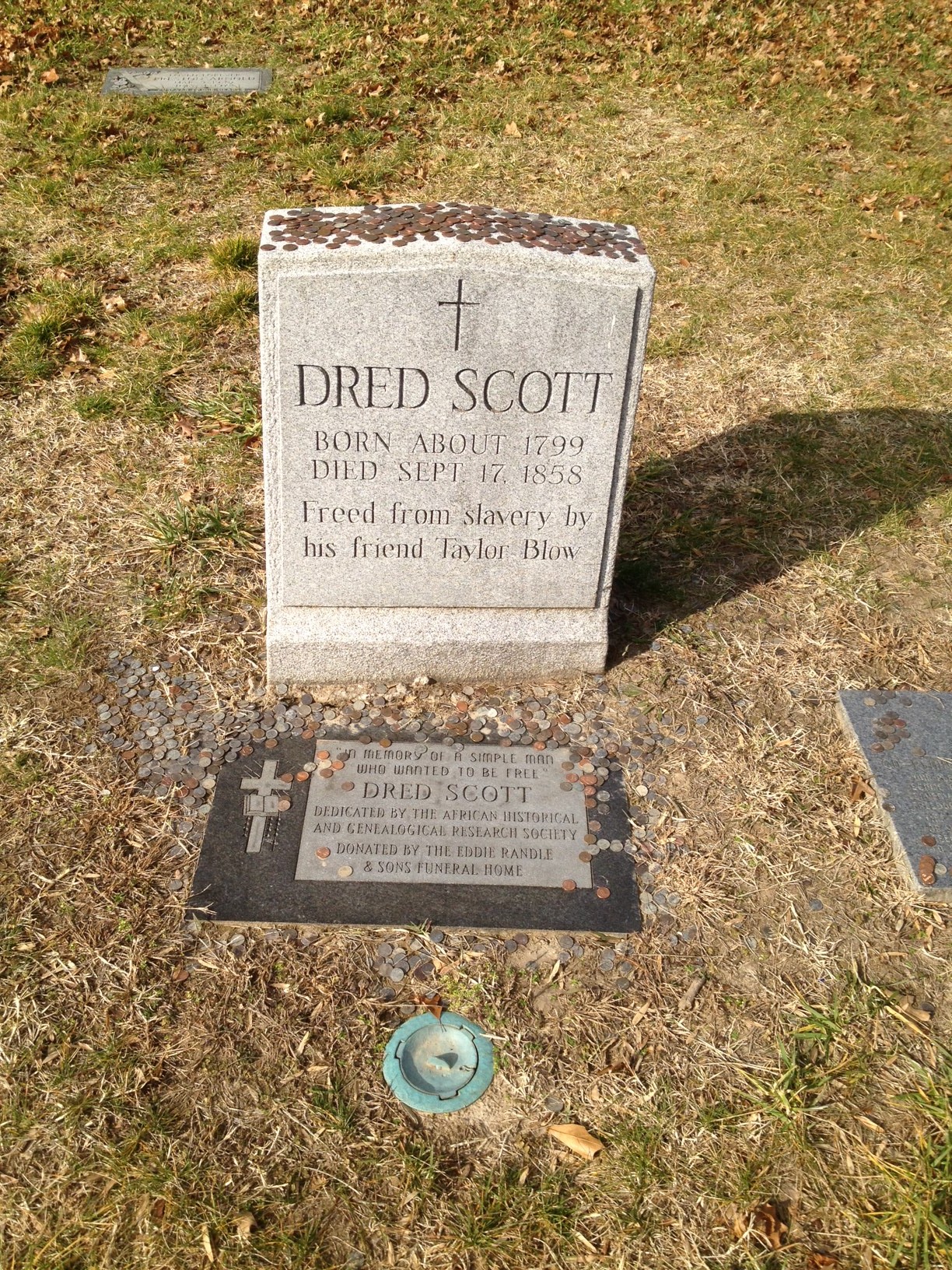