Once the government sets up a military base, and defines its boundaries, the military is in charge of all of the base’s property even if it allows the public to make some use of it, the Supreme Court ruled Wednesday.  The Court left open, however, the question whether the base commander can constitutionally stop an anti-war demonstrator from protesting in a zone especially set up for that.

The ruling in United States v. Apel was unanimous in its interpretation of a federal law, giving wide scope to the power of base commanders to determine when members of the public can be on the base and what they can do while there.   While seven of the nine Justices refused to comment on whether the First Amendment limits that authority, two other Justices said there are limits.  That issue remains open as the case returns to lower courts. 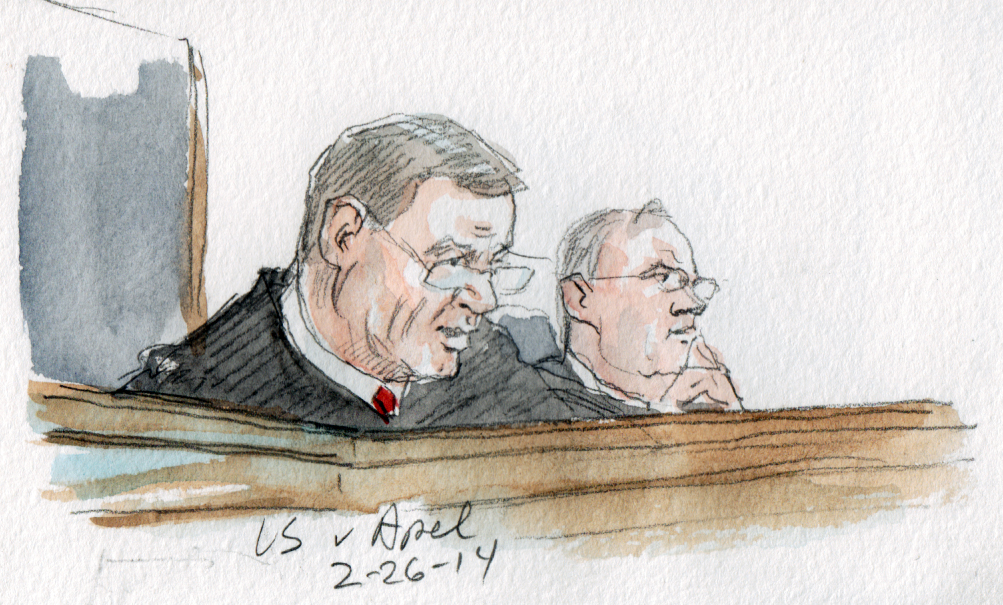 The key to the Court’s reading of the military base law was that the government, to retain control of the property, need not use every part of it for military operations.  It is not necessary, the Court said in the opinion written by Chief Justice John G. Roberts, Jr., that the government have and exercise complete control over everything that happens within the base boundaries.  Thus, having a public road run through it, or allowing some other civilian activity, does not diminish that control, according to the ruling.

Judges in civilian courts, the Chief Justice wrote, should not be involved in examining “U.S. military sites around the world, parcel by parcel, to determine which have roads, which have fences, and which have a sufficiently important, persistent military purpose.”  Military control of military property, the opinion added, does not exist on a “use-it-or-lose-it” basis, the ruling stressed.

Military authority within the outer boundaries of a base, Roberts wrote, does not “change when the commander invites the public to use a portion of the base for a road, a school, a bus stop, or a protest area, especially when the commander reserves authority to protect military property by, among other things, excluding vandals and trespassers.”

The Court rejected the narrower view of the law argued by John Dennis Apel of Guadalupe, California, who for years has staged monthly anti-war protests at Vandenburg Air Force Base near Lompoc, California. However, the Court did not uphold his latest conviction for entering base property without permission, because Apel has the option of pressing a First Amendment challenge to the law as it was used explicitly against him.   The Roberts opinion said the Court was not ruling on that complaint, since the U.S. Court of Appeals for the Ninth Circuit had not decided it in ruling in Apel’s favor on the reach of the law.

Justice Ruth Bader Ginsburg, in a separate opinion joined by Justice Sonia Sotomayor, noted that Apel can bring up his First Amendment claim when the case goes back to lower courts.   Ginsburg commented that, because the Air Force has shown no interest in who uses the designated protest zone on the edge of the base, “it is questionable whether Apel’s ouster from the protest area can withstand constitutional review.”

Justice Samuel A. Alito, Jr., wrote a brief concurring opinion of his own, to respond to Ginsburg’s concurrence and to make sure that no reader of the Court’s ruling interprets it “to signify either agreement or disagreement” with Ginsburg’s arguments.

All nine Justices did support the conclusion on the meaning of the base property law.  It did not appear that the ruling had any broader impact beyond military bases, because the law at issue only applies to that kind of federal property.