Argument recap: Sorting out the blame

The Supreme Court left no doubt on Wednesday that it is willing to do its part to make sure that victims of child pornography get paid money to offset the harm done to them.  But it also found itself very much in doubt about just what that part would be.  The answer in the case of Paroline v. United States may depend upon how the Court understands two words: “apportion” and “contribution.” 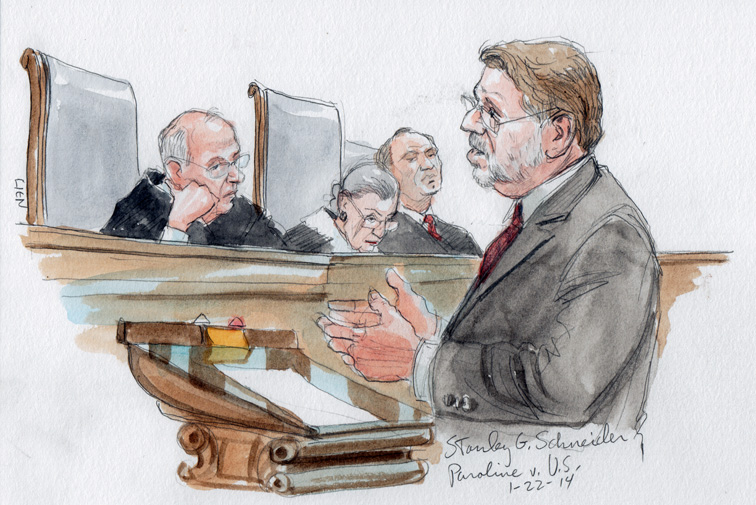 On the one hand, the Justices were urged to rule that, among those convicted of viewing a child victim’s image, each should pay only for their share of the harm — provided that blame could be apportioned sensibly.   On the other hand, they were urged to declare that the victim should get paid as quickly as possible, meaning that the viewers of the images who got caught first might have to cover the full amount of restitution, on the theory that every one of them contributed to the harm.

Each appeared to draw some sympathy from the bench — but the apportion approach maybe more than the contribution idea.

Actually, a third approach was offered — to require proof of a direct link between the conduct of a specific viewer of the images and the specific harm done to that victim — but that seemed to attract little support, because it might mean, at least some of the time, that there would be no restitution at all.

The Court is not just starting from scratch on the problem.  There is a federal law that needs to be interpreted, and it clearly mandates that restitution will be made to every identified victim — at least that was the legislators’ expectation.

A part of the Court’s problem of interpretation is that the law is not as precisely drawn as might be preferred.  And another part of the problem is deciding whether assigning restitution for child pornography is a special problem, or is just another facet of criminal sentencing guided by the normal rules.

From the moment that a Houston lawyer, Stanley G. Schneider, began the argument, the Court got deeply immersed in the difficulty of managing the law’s goal case by case.  Schneider had come to argue that the case was fairly simple, in that restitution is a sentencing issue for those convicted of trafficking in child pornography, and that the accused are to be dealt with one at a time, getting a restitution sentence that, like any other punishment, must fit the individual’s conduct.

The Justices, though, quickly drained all of the simplicity out of the hearing.  When Justice Anthony M. Kennedy pressed Schneider on the government’s view that there is collective blame so restitution should be apportioned, the lawyer countered that the government has to prove in a specific case that a penalty is justified.  “Aggregate causation,” he said, contradicts that.  Only one person is before the sentencing judge, and it is that person’s specific crime that is at issue, he commented.

Justice Stephen G. Breyer quickly pointed out that Congress wanted every victim to get restitution, and the government’s apportionment idea might achieve that.  The lawyer replied that, “as repugnant as child pornography is,” sentencing standards for restitution are the same for any crime for which that punishment is available.

That argument, Justice Samuel A. Alito, Jr., said, would mean that in “a large category of cases” there would be no restitution “because it is impossible to determine what percentage of the harm” should be assigned to each viewer of the victim’s image.

When the government’s lawyer, Deputy U.S. Solicitor General Michael R. Dreeben, stood up to defend its apportionment suggestion, that approach, too, drew heavy questioning from the bench.  Justice Sonia Sotomayor, for example, reminded him that the law required that victims get restitution in “the full amount” of the costs they faced in dealing with their injury.

Justice Alito questioned whether psychologists could actually pinpoint the harms done closely enough that a judge could assign proportionate blame to a thousand convicted individuals, and then add an increment of blame when the thousandth-and-one individual was convicted.

Justice Breyer, who has long been a fan of the U.S. Sentencing Commission (on which he once served) as the agency to sort out complex issues in sentencing, suggested that perhaps this problem should be sent to that agency for its review.

Justice Scalia told Dreeben that “I want to go along with you” because the convicted individual in this case was “a bad guy,” but he said there was a serious due process problem in deciding how much blame should be assigned to that one person.

The third lawyer appearing before the Justices was Utah law professor Paul G. Cassell, representing perhaps the most famous child pornography victim — famous as “Misty” but in real life known only as “Amy Unknown.”  He had come to argue that any individual convicted of possessing images of “Amy” should at least potentially be required to pay the full amount of restitution that she is due. 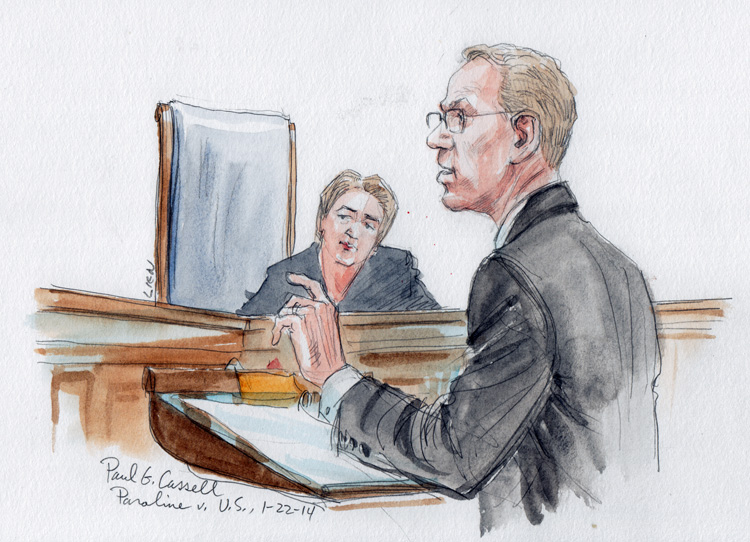 But Justice Scalia promptly pointed out that, in this case, the individual was convicted for having on his computer only two images of the victim.  “He’s guilty of a crime,” Scalia said, but, “to sock him for all of her psychological costs?  Congress couldn’t have intended that.”  Cassell retorted: “Congress did intend that.”

“Amy’s” lawyer, though, encountered trouble with a number of Justices because, each time they asked him about how to divide up blame, he answered that all who “contributed” to the harm should potentially have to pay the full amount.  The difficulty seemed to be that the Justices were hearing “contribution” as meaning “a share” rather than the “full amount,” but Cassell meant sufficient blame to be liable for the whole.

For example, Justice Kagan asked him why one convicted viewer of “Amy’s” image should have to put up the whole amount of restitution, her lawyer said that was because that person had “contributed to the harm.”

Kagan persisted: “He caused the harm?”  Cassell held fast: “He contributed to the entire amount.”  It is impossible, he added, to “tease out” each contributor’s share.

The hearing ended where it began: in unresolved complexity.