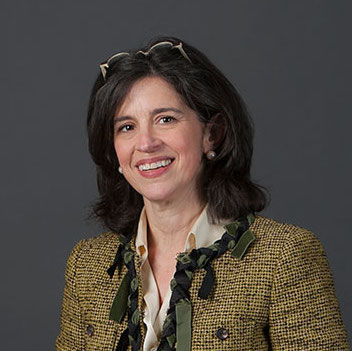 Helen Alvare is a Professor of Law at George Mason University School of Law.

In June 2013, in the case of Cline v. Oklahoma Coalition for Reproductive Justice, the U.S. Supreme Court certified two questions to the Supreme Court of Oklahoma regarding the Oklahoma law which prohibits administering “RU-486 (mifepristone) or any abortion-inducing drug” other than according to the “protocol tested and authorized by the U.S. Food and Drug Administration and as authorized by the drug label for the RU-486 (mifepristone) or any abortion inducing drug.” Opponents of the law are particularly upset that the law at issue would limit administration of RU-486 to the first seven weeks of pregnancy – the time limit specified in the FDA’s protocol – while abortion providers commonly offer RU-486 abortions through nine weeks.

These questions are significant for the following reasons. First, if misoprostol is forbidden for inducing abortions (as its own FDA labeling does not include usage for abortion), then it seems possible that chemical abortions (versus surgical) would be completely unavailable to women in Oklahoma. Challengers argue that this would render Oklahoma’s law an “undue burden” on women’s rights to abortion, as that test was articulated first in the U.S. Supreme Court’s Planned Parenthood of Southeastern Pennsylvania v. Casey (1992).  Supporters of the law point out that the FDA’s printed protocol for RU-486, however, specifically approves the use of misoprostol in combination with mifepristone, such that the availability of chemical abortions involving misoprostol for the first seven weeks of pregnancy is not at issue.

Second, if methotrexate were forbidden for treating ectopic pregnancies – which pregnancies can pose a threat to women’s very lives, as well as their health – then the statute could potentially be challenged not only as an undue burden, but also as outside the scope of the state’s police power.  Supporters of the law counter that the ending of an ectopic pregnancy is not considered an abortion under the statute.

Previously, the Oklahoma Supreme Court struck down the statute as unconstitutional with a brief memorandum opinion stating merely: “The challenged measure is facially unconstitutional pursuant to Casey . . . . The mandate of Casey remains binding on this Court until and unless the United States Supreme Court holds to the contrary. The judgment of the trial court holding the enactment unconstitutional is affirmed and the measure is stricken in its entirety.”

But there is more here than meets the eye. First, while the “undue burden” standard has never been a model of clarity, both the Casey and Gonzales v. Carhart (2007) opinions indicated that the test bears some relationship to the numbers of women prevented from obtaining abortions by the law.  But following the passage of Oklahoma’s law, not only could women in that state continue to obtain chemical abortions for the first seven weeks of pregnancy (the time specified by the FDA in its RU-486 protocol), but they could also obtain surgical abortions then, and during the remainder of their pregnancies.

Second, the Gonzales opinion, upholding a law banning partial-birth abortions, further indicated that the undue burden test is not intended to guarantee a woman or an abortion provider the abortion method of their choice.  But if the Oklahoma law bans all chemical abortions, in the view of the state’s supreme court, this question would not be identical to the question in Gonzales.  Gonzales recognized that there were relatively few partial-birth abortions performed compared to other kinds of later-term abortion procedures safe for women.  Further, the Gonzales Court found that a legislature could fairly easily conclude that partial-birth abortion – because it is so like a full-term delivery followed by a stabbing and crushing of the fetal body – is not beneficial for the mother’s psychological health.  By contrast, abortion by means of RU-486 is increasingly common in the early weeks of pregnancy.   Furthermore — while there are complaints from some women about the psychological effects of RU-486 due to their expelling (usually at home) a recognizable fetal body – it is not at all clear that a Court could compare partial-birth and RU-486 abortions (even later ones) on this point.

Third, regarding Gonzales, the Court there was willing to credit a legislature’s findings about the safety of a particular abortion procedure, in connection with the state’s recognized interest in preserving the health of women seeking abortions.  The Oklahoma legislature took notice of the report that off-label uses of RU-486 were linked with eight deaths from bacterial infection, which the FDA could neither confirm nor deny were caused by one or more aspects of off-label practices.  Oklahoma’s law was also passed against a backdrop of unfavorable revelations about abortion clinics’ practices concerning chemical abortions.  Former abortion clinic directors have given revealing interviews to media outlets indicating that they had experienced pressure from their employers to increase the number of abortions sold per clinic in a marketplace with a shrinking number of clinics.  This was, in turn, related to the growth of “remote” chemical abortions – in which a doctor at a remote location “dispenses” abortion pills via computer to women who have answered a series of questions but undergone no physical examination.  Both practices raise red flags about women’s safety, leading to some states’ banning these so-called “telemed” abortions.

In sum, Cline has the potential to further delineate the contents of the “undue burden” standard in abortion cases, and also to highlight the degree to which states may scrutinize abortion providers’ medical practices in a context in which the providers would prefer to increase their freedom to offer more RU-486 abortions.