The Court has only two remaining oral argument sittings for the Term and has begun granting cases for October Term 2013, which will begin in seven months. The Court has also released roughly a third of the merits opinions that it will release during the current Term, including an increasing number of its divided opinions. All of this means it is now time to release the next edition of SCOTUSblog’s October Term 2012 Stat Pack. You can download it here.

This edition of the Stat Pack features the following sections: 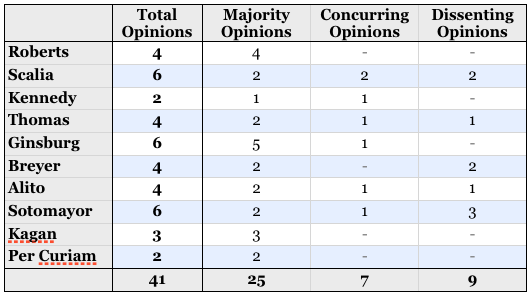 Pace of Opinions: The Court has begun granting cases for October Term 2013. Right now, it has granted seven cases, well within its normal average for this point in the Term. 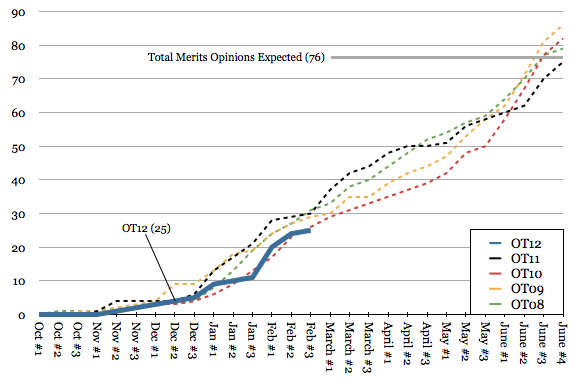