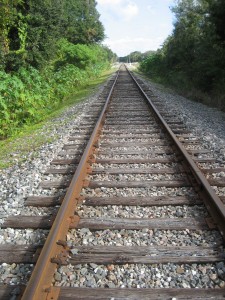 On Wednesday the Court heard oral argument in CSX Transportation v. Alabama Department of Revenue (No. 09-520), a case involving a federal statute that prohibits states from imposing a tax that â€œdiscriminates against a rail carrier.â€Â  The railroad in this case challenged an Alabama tax on diesel fuel on the ground that the state exempts two competing modes of transportation â€“ commercial trucking and water carriers â€“ from the tax, but not railroads.Â  At oral argument, the Justices struggled to discern a principled basis for deciding when the failure to provide a railroad with an exemption that is provided to some (but not all) others amounts to â€œdiscriminationâ€ within the meaning of the statute.

Carter Phillips of Sidley Austin represented the railroad.Â  He argued that the court below erred in concluding that the failure to provide a railroad with an exemption from a generally applicable tax could never give rise to discrimination under the statute.Â  He urged the Court to decide the case narrowly, rejecting that proposition without necessarily deciding how to figure out when the denial of an exemption is a form of discrimination.Â  However, Phillips immediately faced skeptical questions from Justices Kennedy and Kagan, who pointed out that in a prior case involving related provisions of the statute, the Court had held that exemptions from property taxes could not give rise to a claim of discrimination.Â  Phillips argued that the decision in that case was driven by the specific text of the statuteâ€™s separate provisions regarding property taxes, language that was not repeated in the general prohibition against discriminatory non-property taxes.Â  But, several Justices countered, why would Congress want to treat the two kinds of taxes so differently?

Other Justices were more concerned about how to define discrimination in the context of exemptions.Â  If a state makes an exemption for widows over the age of eighty-five, Justice Scalia asked, is it then discrimination against the railroads not to give the exemption to them as well?Â  Does the federal statute entitle railroads to â€œmost favored taxpayerâ€ status?Â  Even setting aside the widow exemption, Justice Kennedy noted that the tax in this case also applies to farmersâ€™ purchase of diesel fuel for their tractors, so the railroad is not being singled out for disfavored treatment.Â  Phillips attempted to keep the Court focused on the narrow question of whether an exemption could ever amount to discrimination and argued that this was an easy case, where exemptions are provided to railroadsâ€™ main competitors.

Phillips shared his time with Assistant to the Solicitor General Melissa Sherry, who argued for the government in support of the railroad.Â  She, too, urged the Court to save for another day the more difficult question of when exemptions could amount to discrimination.Â  The Court should simply hold that the Eleventh Circuit erred in concluding that railroads could never challenge an exemption.Â  She resisted, however, any suggestion that a tax exemption is discriminatory only if it was designed to target railroads or exempts absolutely every other taxpayer except railroads.

(Sherryâ€™s time ran out as she was beginning to provide a complicated answer to a question from Justice Scalia.Â  When the Chief Justice told her she could finish her sentence, Justice Scalia suggested that she use a lot of conjunctions.Â  â€œDonâ€™t even try,â€ the Chief replied.)

Alabama Solicitor General Corey Maze argued for the State.Â  He began with the questions first posed to Phillips:Â  why would Congress have intended to exclude property tax exemptions from scrutiny under the statute, but not other kinds of tax exemptions?Â  So long as the exemptions do not effectively eliminate the tax liability of everyone except a railroad, the purposes of the statute â€“ protecting out-of-state rail carriers from predatory state taxes â€“ are served because the other in-state taxpayers can be counted on to resist unfair taxes and thereby protect the railroadsâ€™ interests in the state legislature.Â  Justice Alito was not convinced.Â Â  In every other context, he posited, granting an exemption to one group but not another could be considered a form of discrimination.Â  And when Congress intended to depart from that understanding in the railroad context (i.e., with respect to property taxes), the Justice noted, it did so expressly.

The Chief Justice and Justice Sotomayor pressed Maze on what the threshold is for deciding that a state tax is generally applicable and, hence, that the exemptions are not singling out railroads.Â  Is it enough that one other category of person or business is also subject to the tax?Â  Like the other advocates, Maze suggested that the Court need not develop a precise test in this case.Â  Rather, he argued, the case had been litigated on the presumption that Alabamaâ€™s tax is generally applicable, which is sufficient to preclude a challenge to the exemptions.Â  The possibility that a state could exempt virtually everyone from a general tax, except railroads, he argued, is not a realistic possibility given the statesâ€™ dependence on such tax revenues to fund their operations.

In rebuttal, after being pressed by Justice Sotomayor for a definition of â€œdiscriminationâ€ in this context, Phillips offered that an exemption is discriminatory if it treats similarly situated taxpayers differently without adequate justification, the adequacy of the justification being judged in relation to the underlying purposes of the statute.