Argument recap: Drawing a line between habeas and Section 1983

At yesterdayâ€™s oral argument in Skinner v. Switzer, the Court seemed dogged by reality.Â  In the real world, numerous questions have been raised about the 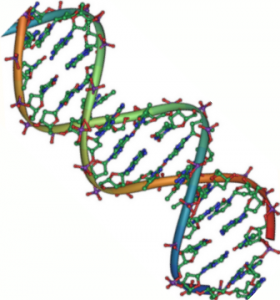 actual innocence of petitioner Henry W. Skinner.Â  This is why Skinner seeks access to DNA evidence, and it may even be why the Court stayed his execution earlier this year.Â  With those considerations underlying the entire proceeding, the Court did its best to keep the argument decidedly doctrinal.Â  As a result, it found itself struggling to define the nature of Skinnerâ€™s claim even as it sought to clarify the boundary separating habeas and Section 1983 claims.

Robert C. Owen of the University of Texas, representing Skinner, began by framing his claim as seeking â€œonly access to evidence for DNA testingâ€ â€“ the implication being that Skinner was decidedly not trying to use Section 1983 as a backdoor to overturn his conviction.Â  Numerous Justices responded with skepticism.Â  Justice Ginsburg began by asking Owen about what she regarded as a potential distinction between Skinnerâ€™s request for DNA evidence and the Courtâ€™s decision in Wilkinson v. Dotson, on which Skinner relies:Â  Wilkinson, she noted, involved parole eligibility, which would speed the prisonerâ€™s release without going to the conviction or sentence.Â  Justice Kennedy then asked Owen why, if he was â€œtelling us that your attack doesnâ€™t go to the sentence,â€ the Court should even have stayed Skinnerâ€™s execution.Â  Justice Alito then chimed in: â€œIn the real world, a prisoner who wants access to DNA evidence is interested in overturning his conviction.â€

The argument then turned to the Rooker-Feldman doctrine, which prevents parties who lose in state courts from challenging injuries caused by state-court judgments.Â  Justice Kennedy asked why Skinnerâ€™s argument â€“ that â€œa Federal constitutional issue arose only because the [Texas] Court of Criminal Appealsâ€™ decision regardingâ€ the stateâ€™s DNA testing law â€œturned out to be so arbitrary and unreasonable as to deny[] Mr. Skinnerâ€™s Federal due process rightsâ€ â€“ was not â€œRooker-Feldman to a tee.â€Â  Skinnerâ€™s argument, Owen countered, was that the Texas Court of Criminal Appeals had construed the law so narrowly as to violate procedural due process.Â  According to Owen, grounding the claim in the stateâ€™s â€œarbitraryâ€ application of its own procedure distinguishes the case from last yearâ€™s District Attorneyâ€™s Office v. Osborne (2009), which rejected the assertion of a freestanding substantive due process right to such testing.

Justice Sotomayor then asked about the practical consequences of a ruling in Skinnerâ€™s favor, and in particular the stateâ€™s argument that his rule would allow a flood of Section 1983 cases about â€œall sorts of due process allegations concerning discovery disputes.â€Â  Owen emphasized that no such flood had occurred in the six circuits that already employ Skinnerâ€™s proposed rule without apparent problem, and he added that Skinnerâ€™s claim possesses the â€œlegal hookâ€ of a state DNA testing statute while the hypothetical flood of discovery claims would not.

Chief Justice Roberts then returned to Heckâ€™s â€œnecessarily impliesâ€ language, asking whether Owen sought to narrow that standard to bar under Section 1983 only claims that â€œconclusively establish the invalidity of a conviction or sentence.â€Â  Owen resisted this suggestion, ultimately telling the Court that Skinnerâ€™s claim does not require any change to Heck because the challenge to the denial of DNA testing does not â€œnecessarily or imply that the custody judgment â€¦ is legally invalid.â€

Returning to Owenâ€™s statement that Skinner challenges the Texas courtâ€™s construction of Article 64, Justice Scalia raised federalism concerns, saying: â€œ[W]e donâ€™t reinterpret State statutes because the State Supreme Court interpreted it strangely.â€Â  Owen initially agreed with Scaliaâ€™s suggestion that Skinnerâ€™s challenge was to the statute itself, but (in response to further questioning from Justice Breyer) subsequently reiterated that Skinner was simply seeking only access to DNA evidence, which fell outside the traditional purview of habeas corpus.

Chief Justice Roberts focused on Skinnerâ€™s complaint, observing that Skinner had contended that he wanted access to biological evidence because the District Attorneyâ€™s failure to turn it over â€œprevented you from gaining access to exculpatory material that could demonstrate he is not guilty of capital murderâ€ â€“ which the Chief Justice described as â€œwhat habeas corpus is for:Â  To show you are not guilty of what you are in prison for.â€Â  As Owen began to answer, Justice Breyer interrupted him to ask whether he agreed with the Chief Justice, reminding him that if â€œyou agree with that, I guess there is nothing left of this case.â€Â  After a follow-up question from Chief Justice Roberts, Owen suggested that DNA evidence that has been tested and is known to be exculpatory would likely require a habeas claim; by contrast, the DNA evidence to which Skinner seeks access has never been tested and therefore does not confront the same Heck problem.

Finally, with Justices Scalia and Kennedy again expressing doubt that Skinnerâ€™s claim could avoid Rooker, Owen concluded by arguing that Rooker would not apply to a challenge of a state courtâ€™s construction of a statute that violates due process, adding that recent cases suggest that â€œlower courts have been reading Rooker-Feldman too broadlyâ€ anyway.

Arguing for District Attorney Lynn Switzer, Gregory S. Coleman, of Yetter Coleman LLP in Austin, began by likening Skinnerâ€™s claim to a claim under Brady v. Maryland (1963), which asserts a substantive constitutional right to have access to material, exculpatory evidence during trial.Â  Justice Sotomayor distinguished this case, noting that Skinnerâ€™s claim does not rest on a substantive right but rather on a liberty interest created by State law.

Again trying to frame the argument, Justice Breyer added that â€œwhat [Skinner] wants is the DNA.Â  He thinks itâ€™s going to be exculpatory. He doesnâ€™t know till he gets it.â€Â  Then, reading from Justice Scaliaâ€™s concurrence in Dotson, he emphasized that Skinnerâ€™s claim belongs in habeas only â€œif winning â€“ i.e., getting the DNA â€“ would necessarily spell speedier release.â€Â  Coleman answered that, because Skinnerâ€™s motion under Article 64 was a â€œpost-conviction motion in the criminal case itself,â€ a challenge to the ruling on that motion should be treated as a collateral attack on the conviction itself and therefore pursued via habeas.Â  Justices Kagan and Sotomayor then probed Coleman as to how Skinner could bring his claim under habeas.Â  Listing types of habeas claims that would be available to Skinner, such as ineffective assistance of counsel, Coleman ultimately suggested that the test should be whether the basis for the claim â€œmay be properly made the subject of a habeas corpus claimâ€; any other approach, he explained, would allow â€œartful pleadingâ€ of untold backdoor attacks on convictions.Â  Justice Ginsburg interjected, asserting that Coleman would have to advocate the abandonment of Dotson to prevail.Â  Coleman disagreed with that proposition, instead arguing that Heckâ€™s â€œnecessarily impliesâ€ phrase is â€œnot a magic words testâ€ and that the Court should consider the very different nature of Skinnerâ€™s claim relative to those in cases like Dotson.Â  This seemed to intrigue Justice Scalia, who opined â€œweâ€™ve never had a case like this and itâ€™s conceivable to â€“ to me that we have to expandâ€ our treatment of the Heck rule.

Several members of the Court pressed Coleman to explain where, under his proposed rule, the dividing line between habeas corpus and Section 1983 would lie.Â  Justice Kagan asked Coleman about a hypothetical in which a prisoner seeks access to slip opinions because he believes that they will improve his habeas petition and help him secure a quicker release from prison; would that prisoner, she asked, have to file a habeas petition?Â  Coleman answered that he would not, but he also sought to distinguish that hypothetical (as well as one posed by Justice Breyer). Â Â He then returned to the thrust of his argument â€“ that Heck and its progeny were intended to preclude the use of Section 1983 as an avenue for pseudo-collateral attacks on convictions.

Finally, Justice Ginsburg returned to her earlier question â€“ which the Chief Justice subsequently described as â€œan important oneâ€ â€“ about what modification of Dotson Coleman would advocate.Â  Coleman maintained that Skinnerâ€™s claim â€œnecessarily impliesâ€ the invalidity of his conviction and should be brought under habeas.Â  This response met with skepticism from Justice Kennedy, who voiced concern that then a prisoner could skip Article 64 altogether and go straight to Section 1983 and that Coleman â€œhasnâ€™t given us a qualification that works under Heck.â€

To start Owenâ€™s rebuttal, Justice Sotomayor again pressed him for â€œa clear statement of what the procedural due process violation which you are claiming occurred here is.â€Â  Owen explained that Skinner was challenging the Texas courtâ€™s construction of Article 64.Â  Justice Sotomayor then sought to clarify that Skinner was â€œnot attacking the constitutionality of Article 64 on its face,â€ at which point Justice Scalia interjected that Skinner could not â€œattack the way the State Supreme court construed its statute. â€¦ You are attacking the statute.â€Â  Justice Sotomayor reframed her question: â€œSo what is it exactly that the court did in applying this that was unconstitutional?â€Â  Owen responded that the Texas courtâ€™s construction of Article 64 did not allow any exceptions, and that exceptions such as in his case would serve the purpose of the statute.Â  Justice Sotomayor responded with reference to preclusion: â€œYou could have gotten [DNA.]Â  Strategically your trial attorney chose not to, and so that disqualifies you from seeking it now.â€Â  Justice Kagan then added some clarity as to the Rooker-Feldman doctrine: Skinner is not challenging the particular application of Article 64, but rather Article 64 as construed by the state court.