Can you sue the police for Miranda violations? Court will wrestle with rules, rights, and remedies for wrongs. 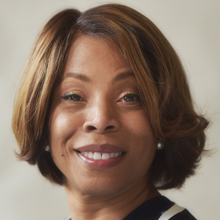 Miranda v. Arizona is one of the most significant Supreme Court decisions in American criminal procedure. Miranda answered the question, “does the Fifth Amendment’s protection against self-incrimination extend to the police interrogation of a suspect?” with a resounding “yes” and required that an individual held for interrogation must be informed – nay, warned — that they have the right to remain silent, consult with a lawyer, and have the lawyer with them during governmental interrogation.

Miranda prescribed a specific and protective set of warnings that would ensure that criminally accused suspects were made aware of the Fifth Amendment’s decree that no person “shall be compelled in any criminal case to be a witness against himself.”

Miranda is also one of the court’s most culturally famous decisions. Americans know Miranda. More accurately: Americans know their Miranda warnings. Even if they cannot recite the lyrics to the national anthem or the Pledge of Allegiance, they likely can recite Miranda’s warnings:

Generally, if the police obtain a suspect’s statement in violation of Miranda, the government cannot use that statement against the defendant in court. But can the defendant later sue the police for violating the defendant’s constitutional rights? Wednesday’s argument in Vega v. Tekoh presents the court with that question. Specifically, the justices will consider whether a law enforcement officer may be sued under 42 U.S.C. § 1983 — the federal civil rights law that allows people to sue state actors for deprivations of their rights — for failing to administer Miranda warnings before questioning an in-custody criminal suspect.

Terence Tekoh, a certified nurse assistant at the Los Angeles County USC Medical Center, was accused of sexually assaulting a heavily sedated patient. Tekoh transported the patient to her hospital room after doctors had inserted a large needle in an artery in her groin to inject contrast for a CT scan. The patient later claimed that while she and Tekoh were alone in her room, Tekoh lifted the sheets covering her body and inserted a finger inside her vagina.

Los Angeles Sheriff’s Department Deputy Carlos Vega responded to the scene to investigate the patient’s allegation. After interviewing the patient and on-duty nurses, he approached Tekoh. Vega and Tekoh retreated to a hospital MRI reading room. Approximately an hour later, Vega emerged from the room with the arrested Tekoh’s handwritten confession of the assault.

At trial, the parties disputed what occurred in that MRI room. Tekoh moved to suppress the government’s use of his un-Mirandized statement. The government asserted that Tekoh’s statement was not the product of custodial interrogation and therefore required no Miranda warnings. According to the government, Tekoh requested a private meeting with Vega and voluntarily confessed to the sexual offense. Tekoh disputed the government’s characterization, alleging not only was his statement involuntarily elicited by Vega, but was secured via Vega’s use of racist slurs, profanity, lies (about, e.g., video footage of Tekoh’s assault and deportation of Tekoh’s family), and a tacit threat of violence (via placing his hand on his gun when Tekoh hesitated to confess).

The trial court denied Tekoh’s motion and admitted his statement. However, the proceedings ended in a mistrial (as the prosecution had failed to turn over exculpatory DNA evidence). A second trial occurred where the government, again, introduced Tekoh’s statement. At the close of evidence, the jury acquitted Tekoh.

Vindicated, Tekoh sued Vega, Vega’s supervisor, the Los Angeles Sheriff’s Department, and the County of Los Angeles for damages under Section 1983, claiming that Vega’s failure to issue Miranda warnings violated Tekoh’s Fifth Amendment right against self-incrimination. In the federal district court, Tekoh sought but was denied a jury instruction that if the jury found by a preponderance of the evidence that Vega obtained Tekoh’s confession in violation of Miranda, then the jury should find Vega liable under Section 1983.

The jury ruled against Tekoh and in the defendants’ favor.

Tekoh appealed to the U.S. Court of Appeals for the 9th Circuit, which vacated the jury’s verdict and reversed the district court’s ruling on the Miranda jury instruction. The 9th Circuit relied on the Supreme Court’s decision in Dickerson v. United States, which held that Miranda is a constitutional rule that cannot be overruled by Congress. “[T]he right of a criminal defendant against having an un-Mirandized statement introduced in the prosecution’s case in chief is indeed a right secured by the Constitution,” the 9th Circuit concluded, making Vega’s failure to advise Tekoh actionable under Section 1983.

Vega petitioned the 9th Circuit for en banc rehearing, but was denied, notwithstanding dissenting opinions by 7 of the 29 judges. He next petitioned the Supreme Court for and was granted certiorari, asserting that the 9th Circuit’s Mirandadecision was incorrect and in conflict with other circuits. Specifically, Vega argues that Miranda governs admissibility of trial evidence only and that failure to give Miranda warnings does not create a Section 1983 claim. Vega also asserts that his violation of Tekoh’s Fifth Amendment right was not the proximate cause of the un-Mirandized confession’s admission at trial because both the prosecutor and the trial judge were intervening, superseding actors who cut off Vega’s liability for his original wrongdoing.

However, per Vega and supporting amici, a technical violation of Miranda does not a Section 1983 remedy make. Though Miranda has become ingrained in popular culture and Miranda warnings are regarded as constitutional canon by many, Miranda is a constitutional rule, not a constitutional right. In other words? Though Miranda protects the Fifth Amendment of the Constitution, Miranda is not part of the Constitution. The court created Miranda warnings when it decided that before police elicit an in-custody suspect’s statement, they must inform that suspect of their Fifth Amendment right. Failing to administer Miranda warnings prior to taking a suspect’s statements often means forfeiting use of the statement in the suspect’s criminal trial. So, officers’ failure to Mirandize pays an evidentiary price at trial, post-interrogation.

But, in addition to its in-trial effects, Miranda also operates pre-statement and out-of-court. And though Miranda is not constitutionalized, it is a constitutional rule. And Section 1983 provides a cause of action against state officials who deprive any rights, privileges, or immunities secured by the Constitution and laws.

Here are some questions to look for at argument:

How to classify Miranda? Look for Vega’s assertion that Miranda and its warnings are not constitutional rights, but merely prophylactic; its warnings may be protective of, but not protected by, the Constitution. In Dickerson, the court defined Miranda as a constitutional rule that it declined to overrule. However, as the court giveth, it may also taketh away, which may be what Vega, his amici, and the 9th Circuit’s dissenters seek. They seize upon post-Miranda, pre-Dickerson opinions that undermined the landmark decision’s precedential power by (mis?)characterizing its precedential import to a mere prophylactic rule.

2)         Is Miranda applicable only in the courtroom and not the interrogation room?

Miranda is most often heralded for what it does outside of the courtroom: restrict law enforcement’s extraction of confessions from in-custody, uncounseled suspects. If a suspect says, “I assert my rights,” no interrogation should begin, and if it has begun, it should immediately end. Vega and, most notably, the United States as amicus, however, seem to have repurposed Miranda’s landmark raison d’etre, minimizing it to, at most, a trial objection.

But a quick review of Miranda itself makes plain that the court was not focused on prosecutorial or judicial violations of the Fifth Amendment; rather, Miranda and its warnings were created in response to what Chief Justice Earl Warren then characterized as “police violence and the ‘third degree’ [which at that time] flourished … in order to extort confessions” during custodial interrogations when suspects are incommunicado, cut off from the outside world. Amicus briefs by the American Civil Liberties Union and the Cato Institute are equally clear: Miranda warnings were created by the court to require affirmative warnings from law enforcement to offset the inherent coercion of a custodial interrogation.

Dickerson put the kibosh on an unconstitutional federal statute that, effectively, sought to overrule Miranda. Vega and his amici seem to have the same goal in mind, especially given how they literally proffer the 9th Circuit’s dissenting judges’ language as a roadmap to reversing Dickerson and hobbling Miranda.

In his briefs, Vega posits that he was entitled to presume that the prosecutor or trial judge would “right” his constitutional wrong and either refuse to introduce Tekoh’s un-Mirandized statement or exclude it. That they did not, per Vega and his amici, renders his conduct a remote, not proximate, legal cause of any Section 1983 injury Tekoh suffered. Vega may have waived this argument, however, as he failed to raise it below.

Vega and two amici — the National Association of Police Organizations and the International Municipal Lawyers Association — assail the “significant costs and burdens” associated with Section 1983 litigation and promise doom, gloom, and dystopian streets if the court sides with the 9th Circuit and holds that police officers may be sued for violating Miranda. They argue that the only lawful remedy for a Miranda violation is exclusion of the evidence, not monetary damages. Notwithstanding that officers almost always are indemnified by states, counties, and other municipalities for Section 1983 litigation, listen for arguments that focus not on violating or protecting a suspect’s rights, but bankrupting state and local governments, many of which annually shell out multimillions to resolve civil lawsuits against law enforcement agencies. On the other side, listen for an argument pressed by the National Police Accountability Project: merely excluding unconstitutionally gained evidence is insufficient when compared to the deterrent effects of Section 1983’s significant monetary payouts, which encourage governments to better train officers to avoid future liability and protect citizens’ constitutional rights.

You may hear a lot of this word during oral argument. It does not mean what you think. Well, maybe, it does. Think “preventative.” That should help.

Recommended Citation: Lenese Herbert, Can you sue the police for Miranda violations? Court will wrestle with rules, rights, and remedies for wrongs., SCOTUSblog (Apr. 19, 2022, 1:10 PM), https://www.scotusblog.com/2022/04/can-you-sue-the-police-for-miranda-violations-court-will-wrestle-with-rules-rights-and-remedies-for-wrongs/