Court will assess double-jeopardy claim with implications for tribal sovereignty 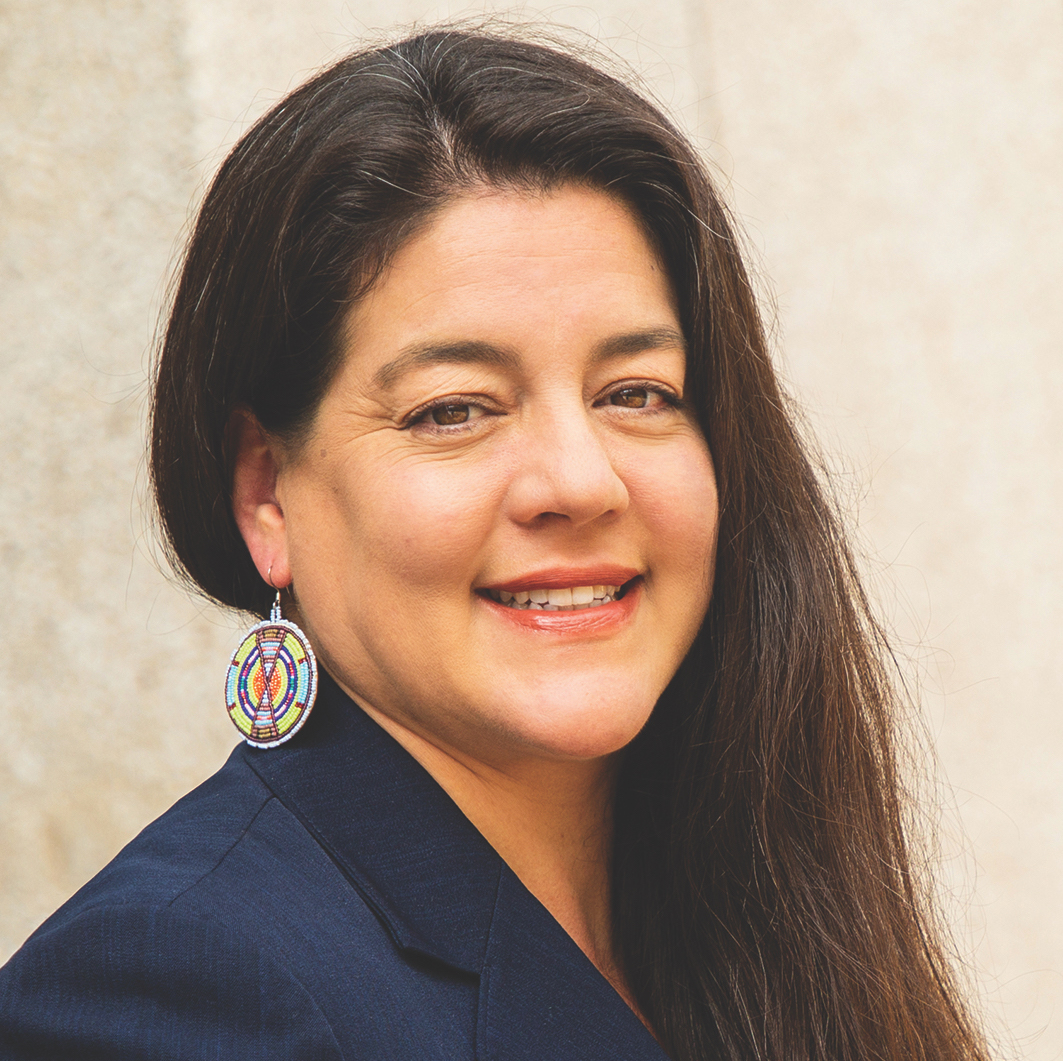 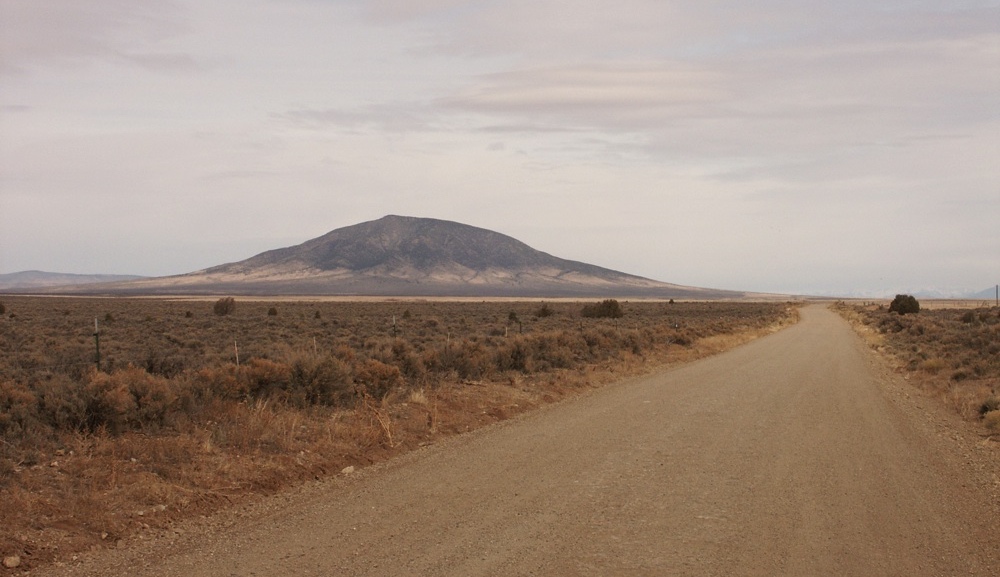 A view from the south of Ute Mountain, which is located in the southwestern corner of Colorado on the Ute Mountain Ute Reservation. (Dan Kuhn via Flickr)
Share

Crimes against indigenous women are the subject of increasing public concern and awareness. Government officials – tribal, federal, and state – have established initiatives to address the disturbingly disproportionate rates of violent crimes perpetrated against indigenous women. The tools these governments have at their disposal are often limited by a criminal justice system and jurisdictional framework in Indian Country that is complex and historically unresponsive to the needs of Indian people. Because federal statutes and court decisions have limited the criminal jurisdictional authority of Indian tribes, effectively addressing crimes that occur on reservations – even crimes involving sexual violence against indigenous women – is often beyond a tribe’s jurisdictional powers, and tribal citizens routinely face long delays in federal prosecution of even the most alarming offenses. Tribal courts are often the only immediately available forum to address violent crime in Indian Country, but the sentences they can impose are extremely limited and often insufficient.

On Tuesday, in Denezpi v. United States, the Supreme Court will examine whether a previous action in the Court of Indian Offenses of the Ute Mountain Ute Agency for criminal acts committed on the Ute Mountain Ute Reservation prevents the United States from bringing criminal charges against a defendant in federal court for the same act. The Fifth Amendment of U.S. Constitution protects individuals from being prosecuted twice for the same offense – the right to be free of double jeopardy. Merle Denezpi, the defendant in the underlying cases, asserts that his prosecution in federal court after a conviction in the Court of Indian Offenses violated his right under that constitutional provision. The outcome of the case will depend on what sovereign – tribal or federal – is the source of authority for Denezpi’s initial prosecution in the Court of Indian Offenses.

Denezpi, a citizen of the Navajo Nation, is accused of a July 2017 sexual offense against V.Y., also a Navajo Nation citizen, on the Ute Mountain Ute Indian Reservation, which is located in Colorado, New Mexico, and Utah. He was arrested and charged by a federal law enforcement officer with violations of the Ute Mountain Ute Tribal Code and the U.S. Code of Federal Regulations. In December 2017, Denezpi entered an Alford plea to a single count of assault and battery, a criminal offense under the tribal code, before the Court of Indian Offenses. Under an Alford plea, Denezpi did not concede his guilt, but acknowledged that the evidence against him would likely result in a guilty verdict at trial.

Denezpi was sentenced to 140 days by the Court of Indian Offenses pursuant to that plea, time he had already served in custody. Six months later, Denezpi was indicted by a federal grand jury for the federal offense of aggravated sexual abuse under 18 U.S.C. § 1153(a)(1) and (2) in connection with the same incident he previously pleaded guilty to in the Court of Indian Offenses. Denezpi’s motion to dismiss the indictment on double jeopardy grounds was denied. He was tried and convicted by a jury in federal district court and sentenced to 360 months in prison, followed by 10 years of supervised release. Denezpi appealed the federal conviction, again asserting that the federal court prosecution violated his double jeopardy rights. The U.S. Court of Appeals for the 10th Circuit ruled against Denezpi, and he petitioned the Supreme Court for review. The justices granted review on Oct. 18, 2021, and the case will be heard on Feb. 22, 2022.

How is it possible that the sentence rendered by the Court of Indian Offenses was dramatically less severe than the sentence rendered in federal court? In 1968, Congress passed the Indian Civil Rights Act, which limited the criminal sentencing authority of Indian tribes to one year. The statute was later amended to allow, in limited situations, tribal court sentences of up to three years. This restriction applies to all tribal courts, including Courts of Indian Offenses.

Courts of Indian Offenses were established by the federal commissioner of Indian affairs in 1884 through regulations prohibiting many traditional tribal religious and cultural practices and ceremonies. The outlawing of “Indian offenses” and creation of forums for punishing offenders were among many federal policies to assimilate Indian people. Over the years, many tribal governments established different judicial forums. Courts of Indian Offenses remain on several reservations, often those without sufficient financial resources to develop and establish new judicial systems. However, Courts of Indian Offenses did not simply remain instruments of assimilation. They have evolved over time to function more responsively to the laws and norms of tribal governments that have chosen to keep those judicial systems in place.

Denezpi argues that the United States cannot prosecute him in federal court for crimes charged from the same act after he had already been charged, pleaded, and sentenced in a Court of Indian Offenses. He asserts that those charges and the Court of Indian Offenses itself ultimately were based in federal law. The Court of Indian Offenses, he argues, is a federal agency because it was established pursuant to — and functions under – federal laws and regulations. Thus, the “dual sovereignty” doctrine – which allows for dual prosecution by tribal and federal authorities – does not apply, and the subsequent prosecution in federal court violated Denezpi’s Fifth Amendment right to be free from double jeopardy.

Conversely, the United States argues that Denezpi’s prosecution for a violation of tribal law in the Court of Indian Offenses was an exercise of the sovereignty of the Ute Mountain Ute Tribe, and that the tribe’s sovereignty is separate from that of the federal government. The forum through which the tribe exercised its sovereign authority to prosecute Denezpi was incidental, rather than central, to the question of the sovereign authority underlying the prosecution. The United States cites many ways in which tribes and tribal members operated Courts of Indian Offenses since they were established in the 19th century.

The United States argues that authority for the Courts of Indian Offenses always stemmed from the sovereign powers of the tribes themselves – sovereignty predating the U.S. Constitution. Even as Courts of Indian Offenses have changed in character and purpose since their initial establishment, they consistently performed the function of upholding law and order pursuant to the tribes’ sovereignty. Because the criminal code and the prosecution of Denezpi were an exercise of the sovereignty of the Ute Mountain Ute Tribe, the subsequent prosecution by the United States for federal law violations in federal court did not violate Denezpi’s double jeopardy rights. The government cites United States v. Wheeler and United States v. Lara, two Supreme Court cases recognizing that tribal criminal jurisdiction is based in tribal sovereignty. Both cases include discussion of Courts of Indian Offenses as consistent with this characterization. This authority is separate and distinct from the exercise of federal power, and thus dual prosecution does not violate the Double Jeopardy Clause, the United States says.

The federal government’s policies regarding Indian tribes and their citizens have shifted repeatedly over time, creating a complicated web of jurisdictional rules. Denezpi is only one of several recent cases in which the Supreme Court has agreed to weigh in on questions about criminal jurisdictional authority in Indian Country. Denezpi, although styled as an individual defendant’s double jeopardy claim, is also a tribal sovereignty case with potentially dramatic impacts on the ability of Indian tribes operating Courts of Indian Offenses to address criminal activity and public safety on their reservations.