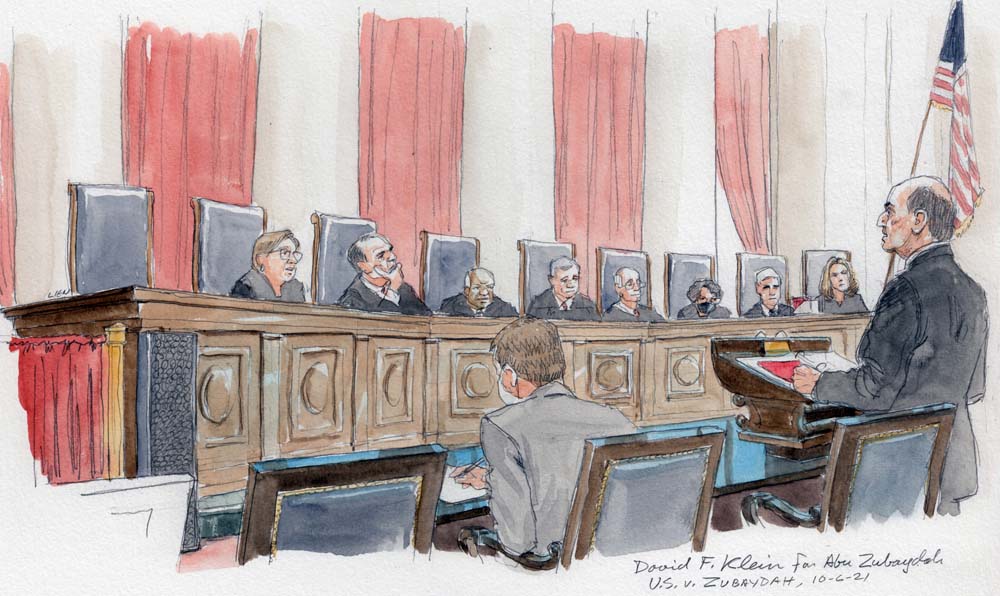 The justices on Wednesday were skeptical of efforts by a Guantanamo Bay detainee to obtain testimony and documents about his treatment under the U.S. government’s torture program at CIA “black sites” in the aftermath of Sept. 11, 2001. The government has contended that the information is protected by the “state secrets” privilege, a doctrine that allows the government to withhold information in litigation when disclosing it would compromise national security, and by the time the lawyer representing the detainee sat down on Wednesday the court seemed inclined to agree. The argument took an unexpected twist, however, when some justices proposed a different solution to the problem before the court: allowing the detainee himself to testify about how he was treated.

The case, United States v. Zubaydah, began in 2017, when Zayn al-Abidin Muhammad Husayn, known as Abu Zubaydah, went to federal court in Washington state seeking an order that would allow his lawyers to depose and obtain documents from two former CIA contractors, James Elmer Mitchell and John Jessen. Abu Zubaydah, a Palestinian who was captured in Pakistan in 2002, has been held in Guantanamo Bay since 2006. In the four years in between, he was moved between “black sites” run by the CIA overseas and subjected to so-called “enhanced interrogation” techniques that included being waterboarded more than 80 times. Abu Zubaydah wants the information for use in a criminal investigation in Poland, where he says Mitchell and Jessen supervised his interrogation.

Representing the United States, Acting Solicitor General Brian Fletcher told the justices that the United States’ “covert intelligence partnerships depend on our partners’ trust that we will keep these relationships confidential.” Abu Zubaydah, Fletcher continued, is seeking information that “would compel a breach of that trust by confirming or denying the existence of an alleged CIA facility in Poland” so that it could be used as evidence in a foreign investigation “whose very purpose is to reveal and prosecute the alleged involvement of Polish officials in covert CIA activities.” 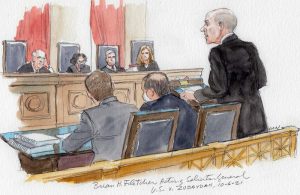 Fletcher faced questions from the justices about why and how the disclosure of the information that Abu Zubaydah is seeking would harm the U.S.’s national security when much of it is already public knowledge. Justice Clarence Thomas was the first to raise this issue, noting that Mitchell and Jessen “have testified about the treatment of detainees before.” “What difference would it make,” Thomas queried, if they testified in this case as well?

Fletcher explained that the contractors’ prior testimony had focused on how detainees were treated — information that is no longer classified. By contrast, he continued, “this proceeding is all about revealing the involvement of foreign partners” and is therefore “fundamentally different from the testimony that has been given in the past.”

Justice Elena Kagan voiced a similar sentiment a few minutes later, telling Fletcher that she understood “the argument about our relationship with our allies and it not necessarily being coextensive with the question whether something is a secret. But,” Kagan posited, “at a certain point, it becomes a little bit farcical, this idea of the assertion of a privilege, doesn’t it?” She reasoned that “if everybody knows what you’re asserting privilege on … maybe we should rename it or something. It’s not a state secrets privilege anymore.”

Chief Justice John Roberts explored the idea that the contractors could be allowed to testify as long as they did not discuss the location at which events occurred – and therefore did not confirm that a particular dark site was located in Poland.

Fletcher resisted that idea, stressing that “the whole point of the proceeding is to get evidence for a Polish investigation. The evidence wouldn’t be relevant unless it had occurred in Poland.”

Justice Amy Coney Barrett broached a similar point, asking Fletcher whether, if the court were to hold that the contractors could be required to testify about the treatment of detainees, the government could participate in discovery to guarantee that details regarding the location of the dark sites were not disclosed.

Fletcher again pushed back, arguing that such a scenario “would run up against all of the same concerns” as in his response to the chief justice.

Arguing for Abu Zubaydah, lawyer David Klein emphasized that he had no plans to ask Mitchell and Jessen whether they had worked in Poland. The Polish prosecutor, he told the justices, already has that information. What the Polish prosecutor is seeking, Klein said, is information about “what happened inside Abu Zubaydah’s cell between December 2002 and September 2003” – information that is no longer classified and about which Mitchell and Jessen have already testified.

The justices peppered Klein with questions about why, if the information he is seeking has already been declassified, Abu Zubaydah needs Mitchell and Jessen’s testimony at all. Barrett summarized her understanding of the state of play, telling Klein that if all of the information is already public, “it seems to me the only thing you gain is an acknowledgment by people who worked for the government that it happened.” In other words, she continued, Abu Zubaydah wants “the United States’ official involvement to be part of the record, and you say that’s not a state secret?”

Klein countered that Abu Zubaydah is “not looking for the United States’ official acknowledgment” but is instead trying to put “some of the torture in a particular time frame, which the Polish prosecutor has associated with Abu Zubaydah’s presence in Poland.”

But Roberts remained skeptical. Referring to Barrett’s question, he conceded that “everybody may know about this,” but the U.S. government hasn’t acknowledged the torture in Poland, “because our friends, allies, intelligence sources around the world have to believe that we keep our word, and our word was this is secret.”

Justice Samuel Alito also was dubious, telling Klein, “You claim you have everything and yet you have a need for this additional information. It does seem to me all you want is a more official link from these government contractors that what you say happened occurred in Poland and not in some other location. Otherwise, I don’t see what need you have for any of what you’re asking for.”

Justice Sonia Sotomayor appeared sympathetic to the government on another ground: the idea that the Polish government had already sought this information under a treaty with the United States, but the United States had rejected the request based on its desire to avoid revealing state secrets. This proceeding, Sotomayor seemed to suggest, was simply an effort to circumvent that rejection.

Klein countered that Abu Zubaydah was acting as a private citizen in filing the request for discovery, rather than on behalf of the Polish government or at its direction.

The tone of the argument changed significantly when Fletcher returned to the lectern for his rebuttal. Justice Neil Gorsuch, who had been relatively quiet up to this point, asked Fletcher why the government couldn’t simply allow Abu Zubaydah to testify “as to his treatment during these dates.” When Fletcher responded that Abu Zubaydah and his lawyers had not asked for him to testify, so that the Department of Justice had not discussed the possibility with officials at the Department of Defense, Gorsuch voiced his frustration. “This case has been litigated for years and all the way up to the United States Supreme Court,” Gorsuch said, “and you haven’t considered whether that’s an off-ramp that the government could provide that would obviate the need for any of this?”

Sotomayor, who sits next to Gorsuch on the bench but is generally at the opposite end of the ideological spectrum, joined the fray. She told Fletcher that “we want a clear answer” from the federal government: “Are you going to permit him to testify as to what happened to him those dates without invoking a state secret or other privilege? Yes or no. That’s all we’re looking for.”

Fletcher indicated that the federal government would be happy to respond, leaving open the possibility of further developments in the case in the not-too-distant future.