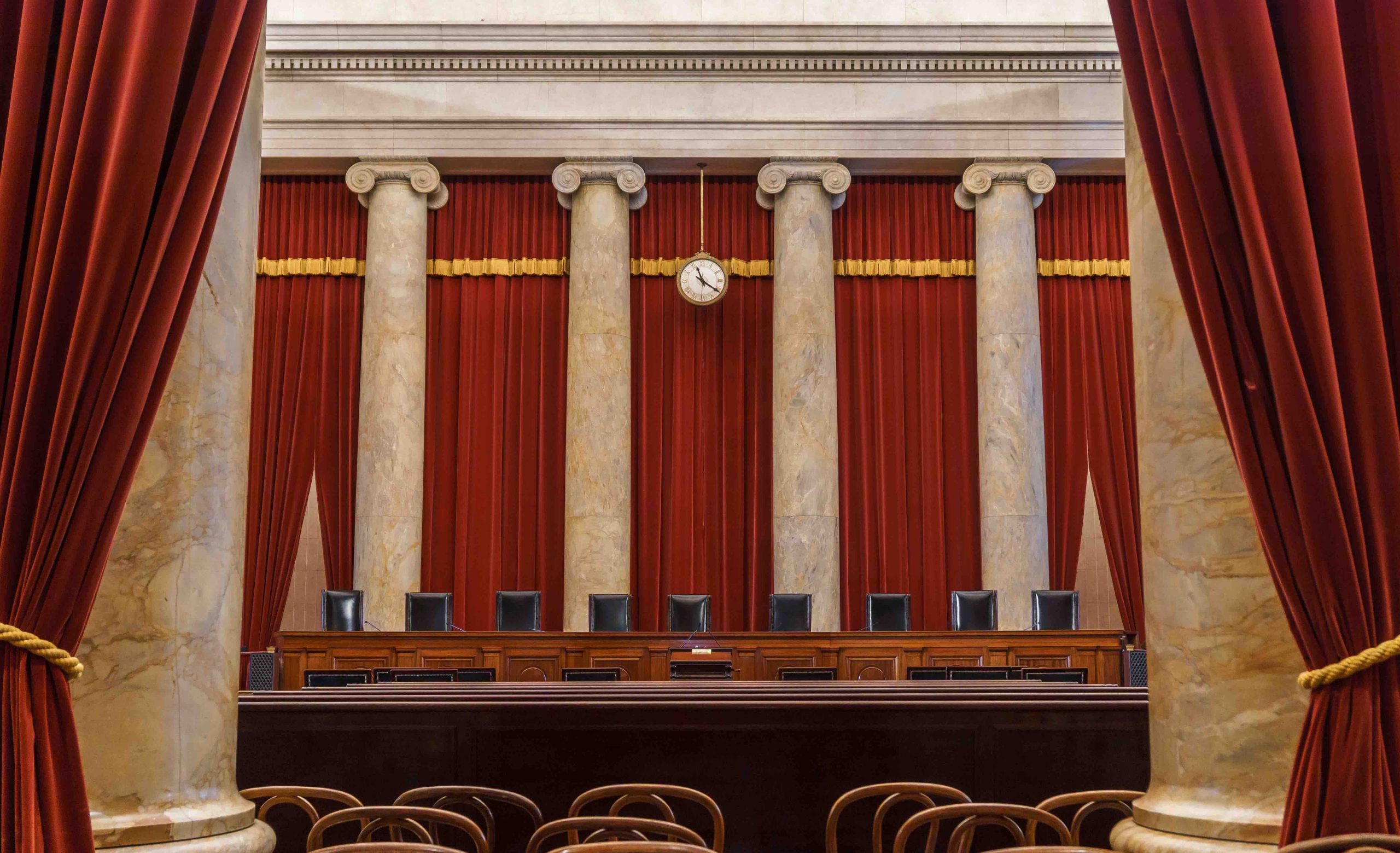 Starting next week, the courtroom will be open to the public during oral arguments for the first time in more than two years. (Erik Cox Photography via Shutterstock)
Share

The Supreme Court announced on Monday that it will hear argument on Dec. 1 in a challenge to a Mississippi law that bans almost all abortions after the 15th week of pregnancy.

The case, Dobbs v. Jackson Women’s Health Organization, was already positioned to be one of the highest-profile arguments of the 2021-22 term, because the state had specifically asked the court to overrule its landmark decisions in Roe v. Wade and Planned Parenthood v. Casey, holding that the Constitution protects the right to have an abortion before the fetus can survive outside the womb. But the spotlight on the case became even more intense earlier this month, when the Supreme Court turned down a request to block the enforcement of a Texas law that prohibits abortions after the sixth week of pregnancy.

The court was deeply divided in the Texas case, with the conservative majority acknowledging that the challengers had “raised serious questions regarding the constitutionality of the Texas law.” But the majority, over dissents by Chief Justice John Roberts and the court’s three liberal justices, nonetheless allowed the Texas law to go into effect while litigation challenging its constitutionality continues in the lower courts.

The announcement of the Dec. 1 argument date in the Mississippi case was part of the Supreme Court’s release of its December argument calendar. A week after the Mississippi case, on Dec. 8, the justices will hear argument in one of the other major cases of the term, involving public funding for private schools that provide religious instruction. Carson v. Makin involves a Maine tuition-assistance program that provides money for students to attend private schools. Two sets of parents were excluded from the program because the families wanted to use the money at Christian schools that would use the funds for religious instruction. In 2020, the Supreme Court ruled that states that choose to subsidize private education cannot exclude religious schools from receiving money simply because they are religious. The Maine parents urge the justices to rule that there is no reason to distinguish between whether a school is religious and whether it uses funds for religious purposes.

The court announced on Sept. 8 that it would return to the courtroom – for the first time since March 2020 – for oral arguments in the fall. The oral arguments will not be open to the public, but some members of the press will be able to attend and live audio will be available.

Here’s a full list of cases scheduled for argument in the December session, which begins on Monday, Nov. 29:

Becerra v. Empire Health Foundation (Nov. 29): A dispute over how to calculate additional payments under the federal Medicare program for hospitals with a large number of low-income patients.

Cummings v. Premier Rehab (Nov. 30): Whether federal disability laws allow Jane Cummings, who has been deaf since birth and is legally blind, to recover damages for emotional distress from a company that provides physical therapy services and receives federal funding.

American Hospital Association v. Becerra (Nov. 30): A challenge to a Department of Health and Human Services rule that cut Medicare reimbursement rates for prescription drugs for hospitals that participate in a program for underserved communities.

Dobbs v. Jackson Women’s Health Organization (Dec. 1): A challenge to a Mississippi law that bans most abortions after the 15th week of pregnancy.

Patel v. Garland (Dec. 6): Whether the court of appeals had the authority to review a finding by the Board of Immigration Appeals that Pankajkumar Patel should be deported because he had falsely represented that he was a U.S. citizen when he applied to renew his driver’s license.

Hughes v. Northwestern University (Dec. 6): Whether allegations that a retirement plan charged excessive fees when there were cheaper options is enough to bring a lawsuit alleging that the plan’s administrators violated their duty under the Employee Retirement Income Security Act to make prudent decisions. (Justice Amy Coney Barrett is recused from this case.)

CVS Pharmacy v. Doe (Dec. 7): Whether the Rehabilitation Act, which bars discrimination on the basis of disability by any program or activity receiving federal funding, and the Affordable Care Act allow plaintiffs to bring claims alleging that a policy or practice disproportionately affects people with disabilities.

United States v. Taylor (Dec. 7): Whether attempted robbery under the Hobbs Act qualifies as a “crime of violence” for purposes of a federal law that imposes a mandatory minimum sentence of five years for the use of a gun during a crime of violence.

Carson v. Makin (Dec. 8): Whether Maine violates the Constitution when it provides families with money to attend private schools but prohibits them from attending schools that provide religious instruction.