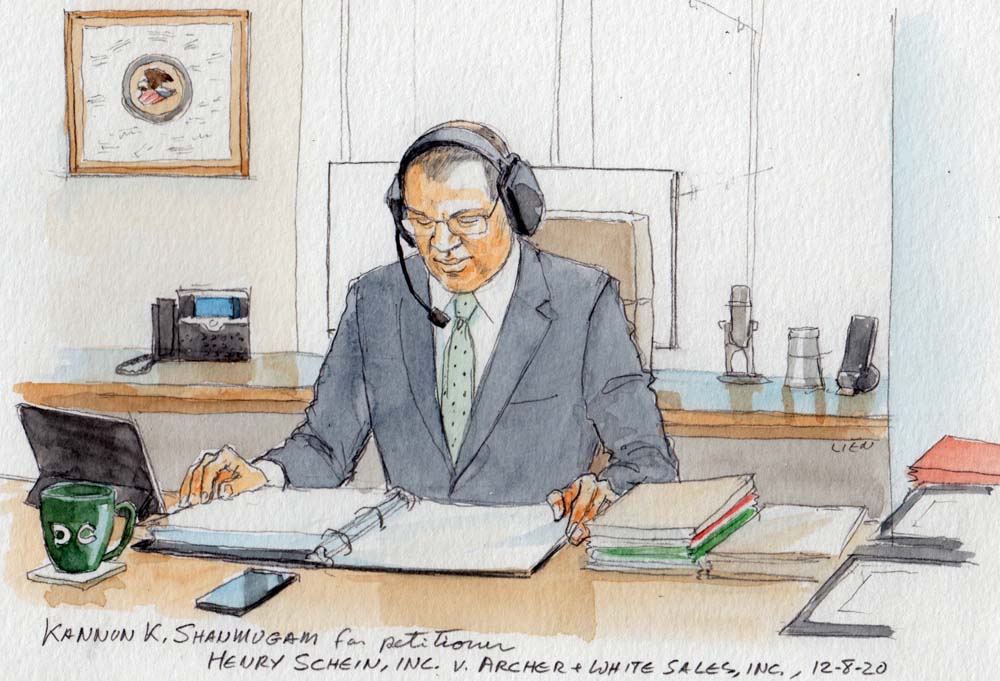 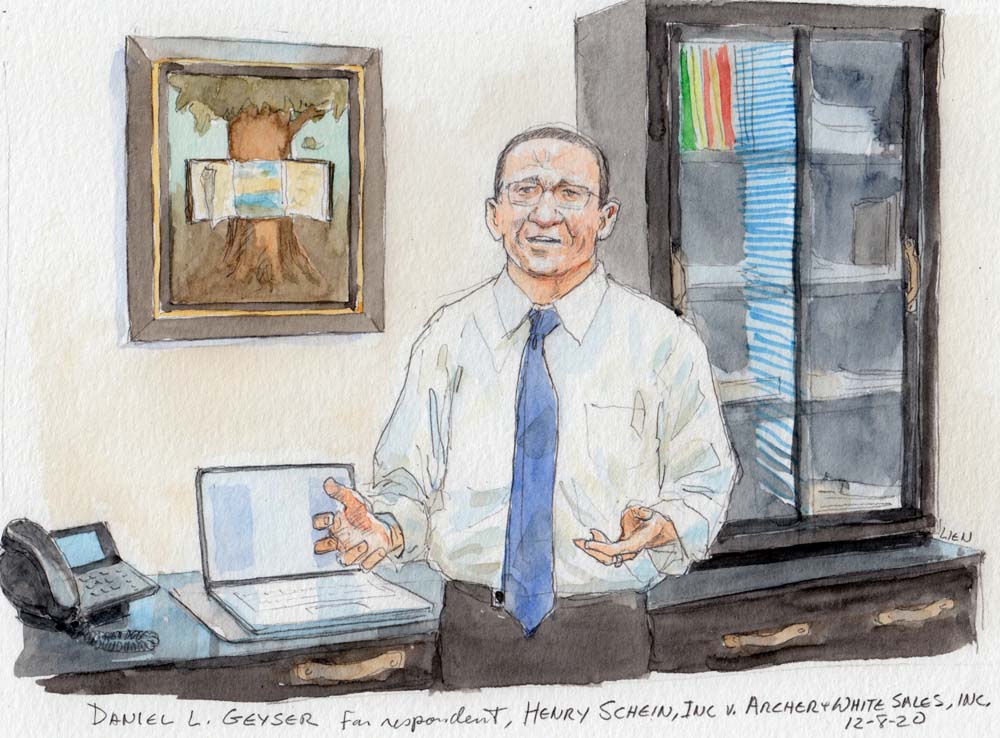 The case already has been up to the Supreme Court once before, resulting in a holding that gateway arbitrability clauses are enforceable even if a court views the argument for arbitration as “wholly groundless.” On remand to the U.S. Court of Appeals for the 5th Circuit, the court of appeals decided that the companies’ contract called for arbitration of gateway questions (because it incorporates the American Arbitration Association’s rules, which include a provision to that effect), but nevertheless declined to order arbitration. The 5th Circuit reasoned that the contract’s exclusion of injunctive-relief disputes from arbitration charges courts with deciding whether a particular dispute is an injunctive-relief dispute, and sent the case back to the district court to make that determination.

The single most prominent theme of Tuesday’s argument was commentary on the narrowness of the question before the justices. As the case comes to the court, it is a given that the contract calls for the arbitrator to decide whether a particular dispute is arbitrable; the only question is whether, despite that provision, the trial court should decide whether this particular case is a type of dispute excluded from arbitration. If you think the question seems to answer itself, then you’ll understand the reaction of justices like Samuel Alito, who commented early in the argument: “This case comes to us in a rather artificial posture, so we’re required to assume that the contract … provides for the arbitration of [the] “who decides” question. … And, of course, if that’s true, then the answer to the question that we’re supposed to decide is foreordained.”

To the extent there was a substantive theme in the argument, it would be the question of whether it makes sense to have some arbitrability questions decided by a judge and others by an arbitrator. Chief Justice John Roberts and Justice Elena Kagan both suggested to Kannon Shanmugam, counsel for Henry Schein, that they saw a certain logic to bifurcating the arbitrability decision. As Kagan put it, “once you decide that certain questions should be in the court …, here suits seeking injunctive relief, you’re not going to want to go to the arbitrator to decide whether suits plausibly seeking injunctive relief are, in fact, that. You would just want to keep this in the courts generally.”

As the argument went on, though, several of the justices had quite a different take on that point. It started with Justice Brett Kavanaugh (who wrote the opinion in Henry Schein the last time the case was in the Supreme Court), who emphasized his “understanding … that the question of who decides arbitrability … is almost never decided between a court and an arbitrator because that would be almost nonsensical … you need one person to decide, and it’s either going to be the court or the arbitrator, not both the court and the arbitrator.” Shanmugam readily agreed. For Kavanaugh, that point seemed to spell out the whole decision:

That perspective dominated much of the remainder of the argument. For example, when Roberts started the questioning of Archer and White’s counsel, Daniel Geyser, he commented that “the most important challenge for you is … the one that Justice Kavanaugh was talking about. How do you distinguish a situation we call the run-of-the-mill situation where there is no express carveout?” He then offered a commonplace example of an arbitration agreement limited to “disputes within the factory,” suggesting that Geyser’s reading would call for judicial determination of whether a dispute about use of an adjacent building counts as a dispute within “the factory,” an outcome that would seem to eviscerate the parties’ determination to pass gateway questions from the court to the arbitrator.

Justice Sonia Sotomayor made the same point to Geyser, at even greater length:

Your position basically says … that every arbitrability issue has to be decided by the court, because every arbitration agreement has limitations. Almost all agreements say any disputes “related to” this contract are subject to arbitration. And almost inevitably a party will come in and say this dispute is not related to a contract. And what would you have a court do? Decide that issue and then send it to arbitration – even when the contract says all disputes involving arbitrability go to the arbitrator?

And when Kavanaugh’s term came around again near the end of the argument, he pressed home the same point even more firmly, asserting “that’s just not how it works in the real world, nor could it realistically work that way in the real world. I don’t think any arbitration contract says arbitrability of certain subjects shall be decided by the arbitrator and [arbitrability] of other subjects [shall be decided] by the court.”

At several points the argument got quite heated. When Geyser told Roberts that the particular gateway provision here (from the AAA rules) was not all that clear, Roberts interjected: “I wish you’d just leave the AAA rules out of it. I think that’s what we tried to do when we denied cert on that question.” Sotomayor was even more short-tempered with Geyser, as she responded to an interruption of her by telling him, “Stop. Let me finish,” and then cut into one of his answers a few minutes later by asking him to “please just answer my question.”

There is almost always room for doubt about outcome after an argument. Given the wandering nature of the argument here, and the questions about exactly what the justices should decide, it is a bit early to be certain about what will happen. I do think, though, that the argument shows that several justices are quite dissatisfied with the repeated unwillingness of the 5th Circuit to enforce the arbitration agreement before them.