Symposium: Defending Smith by ignoring soundbites and considering the mundane 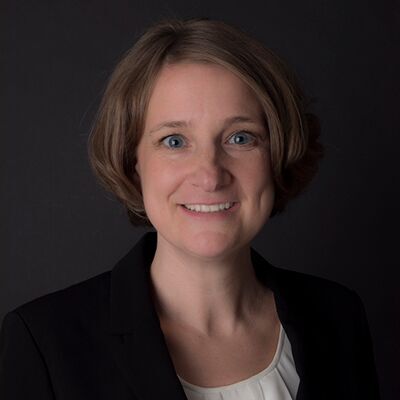 This article is the final entry in a symposium previewing Fulton v. City of Philadelphia.

Lisa Soronen is executive director of the State and Local Legal Center, which filed an amicus brief in support of Philadelphia.

When the Supreme Court agreed to hear Fulton v. City of Philadelphia, local governments across the country let out a collective groan when they read the second question presented. How could the Supreme Court decide whether to “revisit” (read: overturn) the 1990 decision Employment Division v. Smith in such a controversial case?

Your average American will hear a nontechnical description of the issue in this case (may the city of Philadelphia require Catholic Social Services to follow the city’s nondiscrimination ordinance and place foster kids with same-sex couples) and make up their minds before even learning what Smith is about. More to the point, how will the justices not be so distracted by the facts of this case to give Smith thoughtful, thorough consideration?

Local governments want the court to ignore the soundbites and focus on the mundane in this case. If the court overturns Smith, local governments will face significant litigation over religious accommodations in many, if not most, areas of everyday operations.

In Smith, two drug rehabilitation counselors argued the First Amendment protected their use of peyote during a religious ceremony at their Native American church. The Supreme Court disagreed, concluding that individuals must comply with “valid and neutral law[s] of general applicability” regardless of their religious beliefs.

In Fulton, the U.S. Court of Appeals for the 3rd Circuit, citing Smith, noted “the City’s nondiscrimination policy is a neutral, generally applicable law, and the religious views of CSS do not entitle it to an exception from that policy.” Therefore, if CSS wanted to continue to place foster children, it had to agree to work with gay couples.

As a legal matter, what happens if the Supreme Court overturns Smith? The challengers in Fulton ask that the rational basis test in Smith be replaced with strict scrutiny. Under such a regime, a law that burdens religion would be unconstitutional unless a local government could prove the law is “narrowly tailored” to meet a “compelling interest.” Strict scrutiny’s nickname is “fatal scrutiny.”

The practical advantage of Smith for local governments is that it is simple. Smith is a bright line rule; no one is entitled to an exception from a valid, neutral, generally applicable law.

One need look no further than the Smith opinion to appreciate the workability of its rule. In Smith, concurring and dissenting justices applied strict scrutiny to the Oregon statute criminalizing the use of peyote and couldn’t agree if it passed or failed. The concurring justices concluded Oregon had a compelling interest in regulating the drug but called the question “close.” The dissent “conclude[d] that Oregon’s interest in enforcing its drug laws against religious use of peyote is not sufficiently compelling to outweigh respondents’ right to the free exercise of their religion.”

So what would a world without Smith look like for local governments? Generally speaking, consider two simple truths: Local government’s most basic function it to protect its citizenry by making rules regarding anything and everything, and religious practice in this country is remarkably diverse. More specifically, if Smith is overturned, free exercise claims are likely to be brought against local governments in three categories.

First, employment. Imagine a firefighter who refuses to put out a fire at a gay bar, a police officer who won’t guard an abortion clinic, or a postal worker who won’t deliver mail he or she finds sacrilegious. While these examples aren’t as mundane as likely challenges to drug testing, work schedules or holidays, they aren’t unrealistic either.

Second, contracting. According to one estimate, $1 trillion of the $6 trillion spent annually by federal, state and local governments goes to private companies. This case, of course, involves a private contractor. If Smith is overruled, all these private companies will be entitled to application of strict scrutiny if they raise religious objections to neutral, generally applicable laws relevant to government services they agreed to provide. As the 3rd Circuit pointed out, there is something “highly unusual” about a private contractor seeking to unilaterally impose contractual terms in its agreement with a local government. But that is precisely what CSS is seeking to do in this case.

Finally, there is everything else — the truly mundane operations of local governments. In Smith, the court noted that “religious exemptions from civil obligations of almost every conceivable kind” have been sought, including “compulsory military service,” “payment of taxes,” “health and safety regulation such as manslaughter and child neglect laws,” “compulsory vaccination laws,” “traffic laws,” “social welfare legislation such as minimum wage laws,” “child labor laws,” “animal cruelty laws,” “environmental protection laws,” and “laws providing for equality and opportunity for the races.” Without Smith, any of these requirements could be challenged for religious reasons, and local governments would have to overcome strict scrutiny to apply them to everyone.

While local governments may still win cases like Mayle v. Chicago Park District, involving a free exercise claim to bring a guinea hog to a park to practice Satanism, the wind will no longer be at their backs. If Smith is overturned, local governments will spend a lot of time and money, which they can ill afford, defending claims like the one in Mayle.

Some may argue that local governments can simply accede to demands for religious exemptions. But once a local government allows one religion to opt out of a law applicable to all, it opens itself to lawsuits brought by other religions that it has violated the establishment clause, the free exercise clause or the equal protection clause. For example, a recently filed complaint claims that the largest foster care placement agency in South Carolina has favored evangelical Protestants as foster parents over Catholics and Orthodox Christians.

Beyond the practical problems that overturning Smith would cause local governments, Smith promotes a value that is both intangible and vitally important to good governance at the local level: the notion that government officials enforce the law neutrally and do not play favorites.

For justices less interested in policy arguments, the words of the Framers may be more persuasive. As Justice Sandra Day O’Connor wrote in her concurring opinion in McCreary County v. American Civil Liberties Union of Kentucky (2005), the Framers knew “that line-drawing between religions is an enterprise that, once begun, has no logical stopping point.”

While the State and Local Legal Center’s amicus brief spends most of its time on the practical problems for local governments in mostly mundane instances if Smith were overruled, the brief ends by explaining how the above adage from our Framers would come to fruition:

Overruling Smith, and thereby ending its protection of generally applicable neutral laws, would threaten local govenment’s ability to act and be viewed as a fair arbiter. There would be “no logical stopping point” to strict scrutiny review of denials of religions exemptions from generally applicable neutral laws, requiring continual line-drawing by local governments, decisions in favor if some religions, and apparent bias towards others. Of all the problems that the Pandora’s box of overruling Smith would create, this last one may be the worst of all.