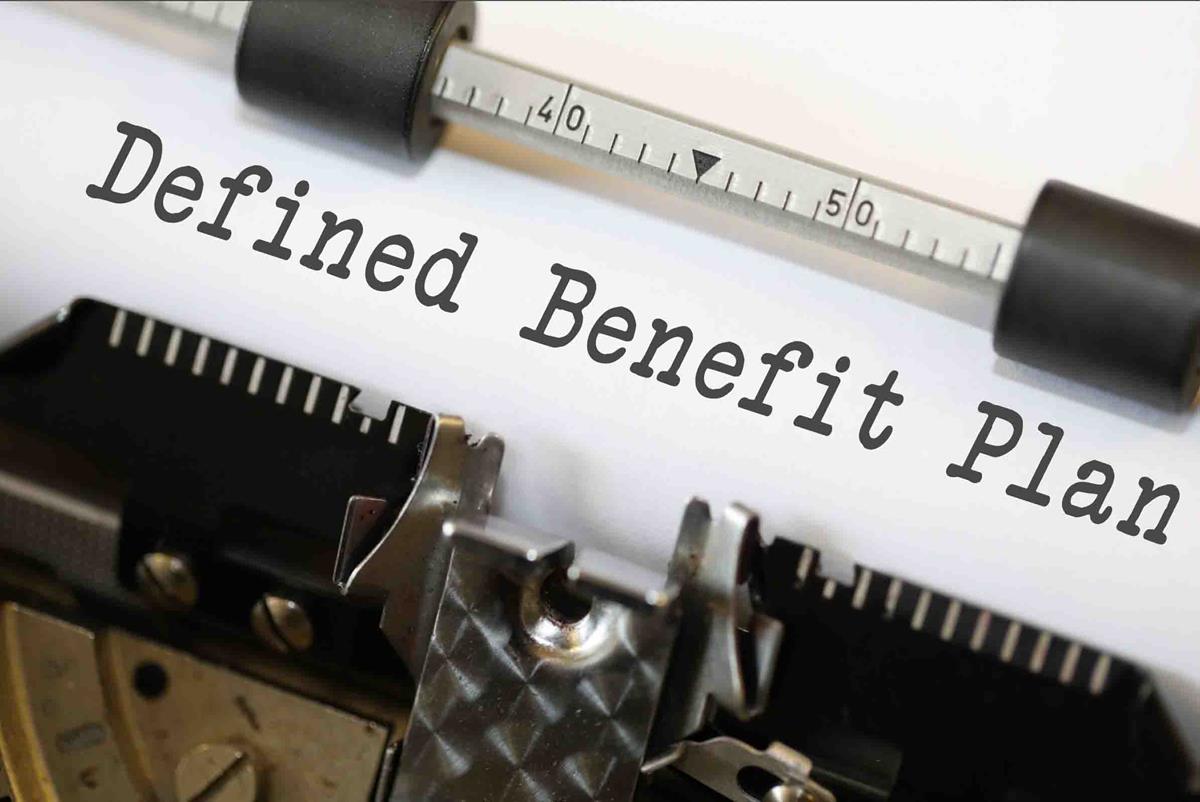 James Thole and Sherry Smith are participants and beneficiaries in U.S. Bancorp’s defined-benefit pension plan. Prior to the 2008 financial crisis, plan fiduciaries invested 100 percent of the plan’s assets in equities. Thole and Smith allege that the aggressive investment portfolio caused the plan to lose $748 million more during the crisis than it would have lost had the assets been appropriately diversified. As a result of the losses, the plan’s assets fell to 84 percent of the minimum funding level required by the Employee Retirement Income Security Act. Thole and Smith also argue that the decision to invest approximately $1.2 billion of plan assets in mutual funds offered by a subsidiary wholly owned by U.S. Bancorp was made to benefit U.S. Bancorp, and caused the plan to pay higher investment fees than it would have paid for similar mutual funds offered by other firms.

Thole and Smith brought a lawsuit under ERISA alleging that plan fiduciaries breached their duties of prudence, care and diversification by investing 100 percent of plan assets in equities. They also alleged that the decision to invest in mutual funds offered by U.S. Bancorp’s subsidiary violated ERISA’s fiduciary and prohibited-transaction provisions. The prohibited-transaction provisions ban transactions between a party-in-interest, such as a plan fiduciary or plan sponsor, and a benefits plan, with limited exceptions.

Defined-benefit plans promise a set lifetime benefit to participants and beneficiaries. ERISA requires a plan sponsor to make annual contributions to the plan if the plan’s assets do not meet the minimum funding level. A plan that meets the minimum should have sufficient assets to pay all promised benefits so long as the plan continues, and its assets do not later fall below the minimum requirement. If the plan is forced to terminate, however, a plan that meets that requirement will not necessarily have enough assets to pay all promised benefits. The most likely cause of this scenario would be the bankruptcy of the plan sponsor. In that case, the Pension Benefit Guaranty Corporation would assume responsibility for the plan. The PBGC guarantees payment of some but not all promised benefits. Thus, if a plan terminates at a time when it meets the minimum funding requirement, plan participants and beneficiaries might not receive all of their promised benefits.

The crux of this case is whether Thole and Smith are authorized to bring their claims under ERISA and under Article III of the Constitution, which requires a plaintiff to show that he has suffered a concrete and particularized injury. When Thole and Smith filed their lawsuit, the plan’s assets were below the minimum funding standard. Although the district court held that Thole and Smith had Article III standing because the plan’s underfunded status put it at increased risk of default, it dismissed their claims that the 100 percent equity-allocation decision was a breach, because the decision occurred outside the statute of limitations. The court also determined that Thole and Smith had not made any plausible allegations that would have triggered a duty for the fiduciaries to reexamine the investment strategy. The court, however, allowed the claims related to the mutual-fund investments to move forward.

Subsequently, U.S. Bancorp made a substantial contribution to the plan, which increased the plan’s assets above the statutory minimum. The fiduciaries eventually diversified plan investments, and U.S. Bancorp sold its subsidiary that offered the mutual funds challenged in the lawsuit. Once the plan assets met the minimum funding requirement, U.S. Bancorp argued that the suit should be dismissed because the plan was no longer at increased risk of default. The district court instead held that Thole and Smith’s remaining claims were moot.

On appeal, the U.S. Court of Appeals for the 8th Circuit first considered whether ERISA’s remedial sections provide the basis for Thole and Smith’s claims. ERISA Section 502(a)(2) states that plan participants and beneficiaries have the right to bring suit on behalf of the plan for fiduciary breach. Any monetary relief flows to the plan; the statute also allows for removal of breaching fiduciaries and other legal and equitable relief. Section 502(a)(3) provides plan participants and beneficiaries the right to bring suit for injunctive and other appropriate equitable relief to address a fiduciary breach or other statutory violation. The panel followed two prior decisions of the 8th Circuit and held that claims could not be brought under Section 502(a)(2) on behalf of a plan that meets the funding minimum. The circuit court had not before addressed whether participants and beneficiaries in such a plan could bring a claim under Section 502(a)(3). Over a dissent, the majority parted ways with the U.S. Courts of Appeals for the 3rd and 6th Circuits to hold that no claim could be brought because the individuals had not had their benefits reduced.

Thole and Smith sought Supreme Court review of the 8th Circuit’s ruling. When the court agreed to hear the case, it directed the parties to address the Article III standing issue in addition to the statutory standing questions the lower court had decided.

The Supreme Court is likely to consider the statutory arguments first, because if it decides that Thole and Smith lack standing under the statute, it will not need to consider the constitutional question. Thole and Smith argue that the language of Sections 502(a)(2) and 502(a)(3) permits participants and beneficiaries to bring claims for fiduciary and statutory breaches. Those statutory provisions do not contain any language limiting claims from plan participants and beneficiaries to situations in which a defined-benefit plan does not meet the minimum funding standard.

Of course, these claims also must meet Article III’s standing requirement. Thole and Smith argue that they have a personal stake in their claims as a result of the breach of fiduciary obligations owed to them, because of their equitable ownership of plan assets that were impaired by the fiduciaries’ conduct, and because the alternative would leave them with no ability to seek relief for the abuse of assets held in trust, so long as the plan meets the minimum funding standard. They also point out that under traditional trust law, a trust beneficiary has standing to bring claims for fiduciary breach even if there is no economic injury to the trust.

The federal government filed a “friend of the court” brief in support of Thole and Smith. The government agrees that the language of ERISA Sections 502(a)(2) and 502(a)(3) provides a basis for the petitioners’ claims. In addition to concurring with Thole and Smith’s Article III arguments, the government maintains that any plan participant or beneficiary has Article III standing if a fiduciary breach “results in a materially increased risk of monetary loss.”

U.S. Bancorp contends that Congress could not have intended participants and beneficiaries of defined-benefit plans that meet the minimum funding threshold to have the right to bring claims for fiduciary breach under ERISA Sections 502(a)(2) and 502(a)(3). The litigation costs are an unnecessary burden on plans and fiduciaries, and the remedies sought do not meet the statutory requirement of being “appropriate.”

As to the Article III question, U.S. Bancorp argues that Thole and Smith have not experienced a concrete and particularized injury. It disputes that the petitioners have an equitable interest in the plan’s assets. Without an equitable interest in trust assets, it says, beneficiaries cannot bring suit. U.S. Bancorp also contends that defined-benefit-plan fiduciaries owe their obligations to the plan, not to participants and beneficiaries. In order to bring claims to enforce rights owed to the plan, Thole and Smith would need to show that they individually suffered “real-world injury,” which in this case they cannot do. According to U.S. Bancorp, Thole and Smith have waived the argument that their plan benefits are at risk. Finally, they are not entitled to prospective relief because the district court made a factual finding that the alleged fiduciary breaches would not be repeated.

If the Supreme Court determines that Thole and Smith lack either statutory standing or Article III standing, its decision will provide a roadmap for defined-benefit-plan fiduciaries who allegedly breach their fiduciary duties, or any party-in-interest that allegedly violates ERISA’s prohibited-transactions provisions, to avoid claims by participants and beneficiaries. The plan would simply have to satisfy ERISA’s minimum funding requirement. Such a ruling would provide an additional incentive for defined-benefit plans to meet that requirement.