Argument preview: Justices to review dispute over termination of DACA 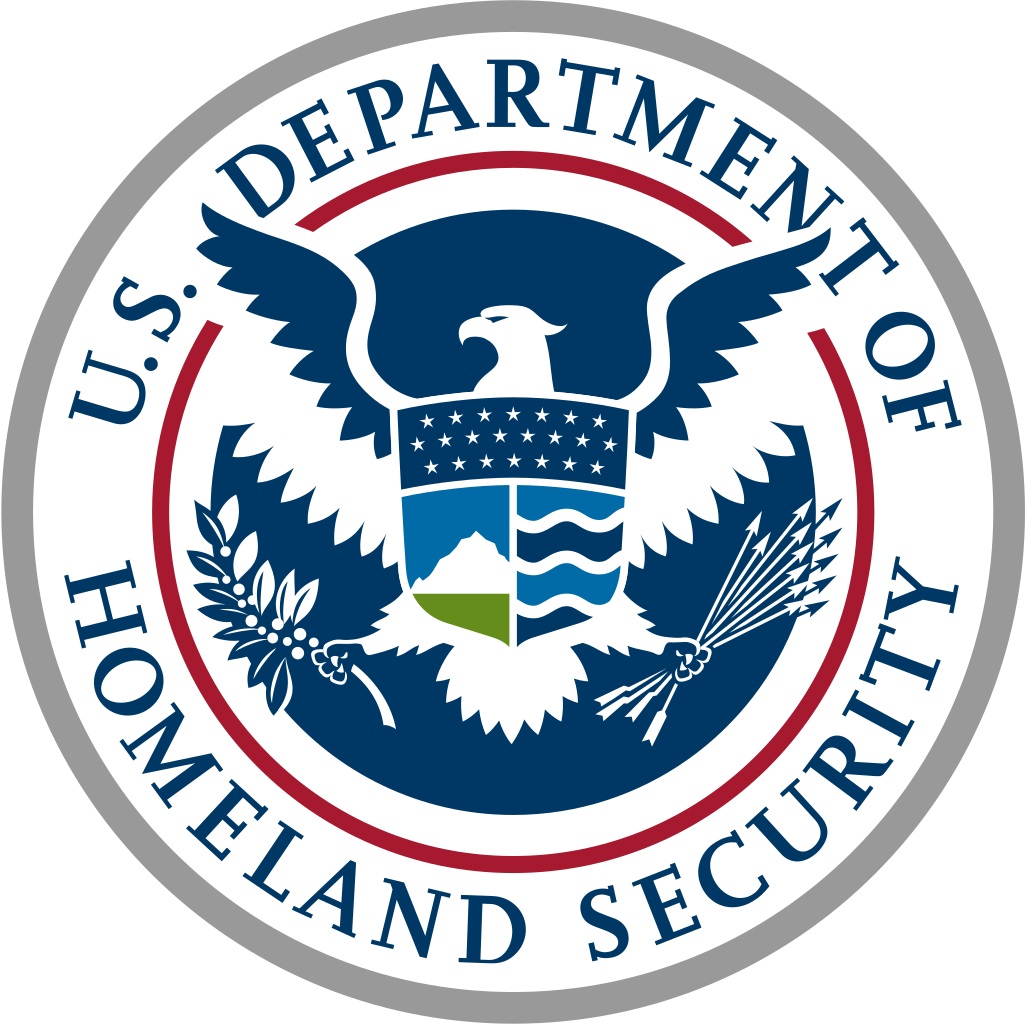 Editor’s Note: An earlier version of this post ran on September 10, 2019, as an introduction to this blog’s symposium on Department of Homeland Security v. Regents of the University of California, Trump v. NAACP and McAleenan v. Vidal, as well as at Howe on the Court, where it was originally published. 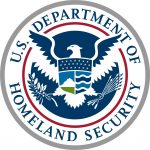 In 2012, the Obama administration established a program known as Deferred Action for Childhood Arrivals (DACA), which allows undocumented young adults who came to the United States as children to apply for protection from deportation. Applicants who meet a variety of criteria – for example, who have graduated from high school or served in the military and do not have a serious criminal record – must pay a fee of nearly $500 in total, submit (among other things) their fingerprints and home address and undergo a background check. In the past seven years, nearly 800,000 people have obtained protection from deportation under DACA, which permits them to work legally in this country and gives them access to other benefits like health insurance and driver’s licenses. In 2017, the Trump administration announced that it would end the DACA program; in November, the Supreme Court will hear oral argument in a challenge to that decision.

The justices will consider three consolidated cases – filed in California, the District of Columbia and New York. The challengers in all three cases argued that the termination of the program violated the Administrative Procedure Act, which is the federal law governing administrative agencies, as well as the rights of DACA recipients, and the lower courts ordered the government to keep DACA in place.

The government went to the Supreme Court in November 2018, asking the justices to review the lower courts’ decisions even before any courts of appeals had weighed in. Soon after that, the U.S. Court of Appeals for the 9th Circuit upheld a trial court’s decision requiring the government to continue the program, making it more likely that the justices would take up the challenges. But after considering the government’s petitions for review at two of their private conferences in January, the justices put the petitions on hold, and did not consider them again until June. On June 28, the justices finally announced that they would take up all three appeals together. They agreed to tackle two questions: whether the government’s decision to end DACA is something that courts can review at all and, if so, whether the decision to end DACA is legal.

In its brief on the merits at the Supreme Court, the government maintains that its decision to end DACA is not reviewable. The lower courts, the government explains, ruled that the decision to end DACA should be set aside because it is “arbitrary and capricious” – that is, not the product of reasoned decision-making – under the Administrative Procedure Act. But, the government continues, a court can’t review an agency’s decision under the “arbitrary and capricious” standard if the agency’s action is one that it has the discretion to take. The decision to wind down a policy of not enforcing immigration laws is, the government contends, precisely the kind of “quintessential action” that is “committed to an agency’s absolute discretion.”

The lower courts, the government notes, thought they could review the government’s decision to end DACA because the decision was based on the government’s belief that the DACA program violated the law. However, the government stresses, the decision also rested on other, non-legal reasons. The government did not “want to retain a policy whose legality was, at a minimum, highly questionable” after the U.S. Court of Appeals for the 5th Circuit struck down two related policies that would have provided similar protection to undocumented adults whose children are U.S. citizens or lawful permanent residents. Moreover, the government adds, it also wanted to “project a message that leaves no doubt regarding the clear, consistent, and transparent enforcement of the immigration laws” to discourage other young people from crossing the U.S. border illegally. But in any event, the government continues, the reasons for an agency’s action don’t matter if courts don’t have the power to review the action in the first place.

The challengers reject the government’s suggestion that the decision to end a program like DACA is the kind of agency action that traditionally has been immune from review in the courts, pointing to a general presumption that courts will be able to review actions by a federal agency involving immigration. But even if the decision to end DACA did fall within that tradition, the challengers continue, courts would still be able to review it, because the government’s rationale for ending DACA was that the program violated the law. “When an agency determines that an action is required by law,” the challengers reason, “it is not exercising discretion. Instead, the agency is concluding that it has no discretion to exercise. It makes no sense to hold that such legal determinations cannot be reviewed by a court.”

Nor, the challengers assert, can the government rely on other factors – such as the risk of litigating DACA’s validity in court – to argue that the decision to end DACA was discretionary and therefore not subject to judicial review, because those factors were dismissed as after-the-fact rationalizations by most of the courts that have considered the justifications.

Turning to the legality of the government’s decision to end DACA, the government explains that it had several different reasons to shut the program down, all of which were entirely reasonable. First, it reiterates, it believed that the program was illegal, so that keeping it in place would be “sanctioning an ongoing violation of federal immigration law by nearly 700,000 aliens.” And not only did the government believe that DACA violates federal law, but the 5th Circuit had in fact struck down the two related policies. Particularly in light of the program’s “legally questionable” provenance and the announcement by Texas and other states that they would challenge DACA, the government believed that the best course was to go forward with an “orderly wind-down” on its own terms rather than taking its chances defending the program in court and risking the possibility that the program could be abruptly shut down. It was also, the government observes, “entirely sensible” for it to determine that, even if it could have continued DACA, it would be better to do so “only with congressional approval and the political legitimacy and stability that such approval entails.” After all, even then-President Barack Obama, when announcing DACA, had indicated that the program was only intended as a “temporary stopgap measure.” Instead, the government concluded, it opted to return to the pre-DACA system of reviewing requests for protection from deportation on a case-by-case basis. “One can agree or disagree with that judgment,” the government suggests, “but it is not remotely specious.”

The challengers acknowledge that the Trump administration could have ended the DACA program. But under the APA, the challengers emphasize, an agency has to provide a “genuine analysis and lucid explanation of the relevant policy considerations before reversing a long-standing policy and subjecting 700,000 individuals to deportation to unfamiliar nations where they may not even speak the language.” Instead, however, the government’s decision to end DACA was “almost entirely unexplained” and therefore did not pass muster under the APA.

Moreover, the challengers add, courts must uphold an agency’s actions based on the rationale that the agency offers. When – as here – that rationale involves a legal conclusion, the agency’s actions are invalid if the agency is wrong about the law, “even if the action might have been justified on some other ground.” Congress, the challengers reason, gave the Department of Homeland Security the power to create enforcement policies and priorities, but it didn’t give DHS enough funding to remove everyone who is in the country without proper documentation. As a result, and as both Congress and the courts have recognized, DHS has routinely delayed deportation for both individuals and categories of immigrants – demonstrating that DACA is a legitimate exercise of DHS’s authority.

The challengers dismiss the government’s claim that it decided to wind down DACA out of worry that a challenge to the program would succeed and a court would terminate DACA abruptly. That rationale, the challengers observe, was an “afterthought” that does not appear in the administrative record – the official collection of documents on which the government relied – and an agency’s actions must “stand or fall on the basis of the original rationale offered by the agency at the time of the decision.” But in any event, they continue, the government shouldn’t be allowed to cite concerns about the risks of litigation to justify an agency’s actions: Because major agency decisions will often lead to litigation, they suggest, such a rule “would defeat judicial review of nearly any agency action.”

More broadly, the challengers downplay the government’s suggestion that allowing DACA to remain in place would be problematic. After all, they write, not only did the Trump administration wait seven months after coming into office before deciding to terminate the program, but the president himself had previously indicated that his administration would “allow the dreamers to stay.” By contrast, they warn that allowing the Trump administration to end the program would create “devastating, life-changing harm” for the “hundreds of thousands of young people” who have “already structured their lives around the program” and would face the “loss of employment and educational opportunities, and possible exile from the country in which they have lived since they were children.”