Tribute to Michael Dreeben: A gifted advocate and a principled man 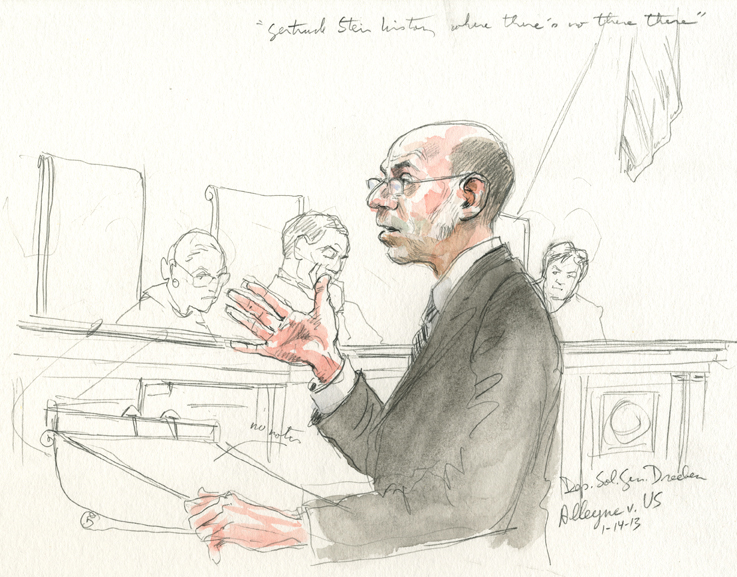 William C. Bryson is a judge on the U.S. Court of Appeals for the Federal Circuit. He was Michael Dreeben’s immediate predecessor as deputy solicitor general for criminal cases at the Department of Justice.

Thousands of lawyers have cycled through the Department of Justice over the years. Many of them have been quite capable and have made significant contributions. But at any given time, there are only a few — very few — who stand out as the widely recognized pillars that hold the place together by virtue of their experience and the esteem in which they are held. Michael Dreeben is one of those few.

As the deputy solicitor general for criminal cases for the past quarter century, Michael has played a critical role in formulating legal policy for the criminal side of the department and in leading the department’s presentation of its criminal cases both in the Supreme Court and in the lower federal courts. That challenging task could not have been in better hands.

Michael’s skill as an advocate has been widely recognized and reported on. His arguments before the Supreme Court — well over 100 of them — would be models for others to emulate, except that they were the products of skills that few others have and a level of preparation that even fewer are willing to match. Besides the remarkable fact that Michael argued without notes and spoke in paragraphs, his arguments took the form of discussions with the court, not the kind of mannered presentations to which the court is so often subjected. And he had the rare skill to push back against hostile questioning with calm and well-considered responses that signaled a ready willingness to acknowledge and engage with the justices on the most difficult aspects of his case.

But what is less obvious to the casual observer is that most of the work of the deputy solicitor general is not the glamorous part — writing briefs and making arguments before the Supreme Court — but the challenging task of coordinating the legal positions taken by federal prosecutors in cases throughout the country. To do that task effectively requires a willingness to say “no” to prosecutors, often in the face of strongly held contrary views. And to do that with credibility requires intelligence, experience in the field and often a huge investment of time and effort (as well as no small measure of diplomacy), all of which Michael Dreeben brought to the table in abundant supply.

The easiest course when being pressed by a strong-willed U.S. Attorney is to just go along and let the courts say “no.” But Michael appreciated both the critical importance of maintaining the department’s credibility before the courts and the fact that the department is not just another litigant, but has an overriding responsibility to be, and to be perceived as being, fair and dispassionate.

Justice Robert Jackson, when he was the attorney general, gave a speech entitled “The Federal Prosecutor,” which is perhaps the best statement ever made about the higher responsibilities of prosecutors. After noting that the prosecutor “has more control over life, liberty, and reputation than any other person in America,” and urging a “rededication to the spirit of fair play and decency that should animate the federal prosecutor,” Jackson concluded his address by saying, “A sensitiveness to fair play and sportsmanship is perhaps the best protection against the abuse of power, and the citizen’s safety lies in the prosecutor who tempers zeal with human kindness, who seeks truth and not victims, who serves the law and not factional purposes, and who approaches his task with humility.” Jackson would have been proud of Michael Dreeben, who embodied those ideals as well as anyone I have ever worked with.

That's all for today, folks.

The Supreme Court does not add any cases to its docket. It sends the Trump emoluments case back to the lower court with instructions to dismiss as moot.