Symposium: Why not continue the political struggle in partisan-gerrymandering cases? 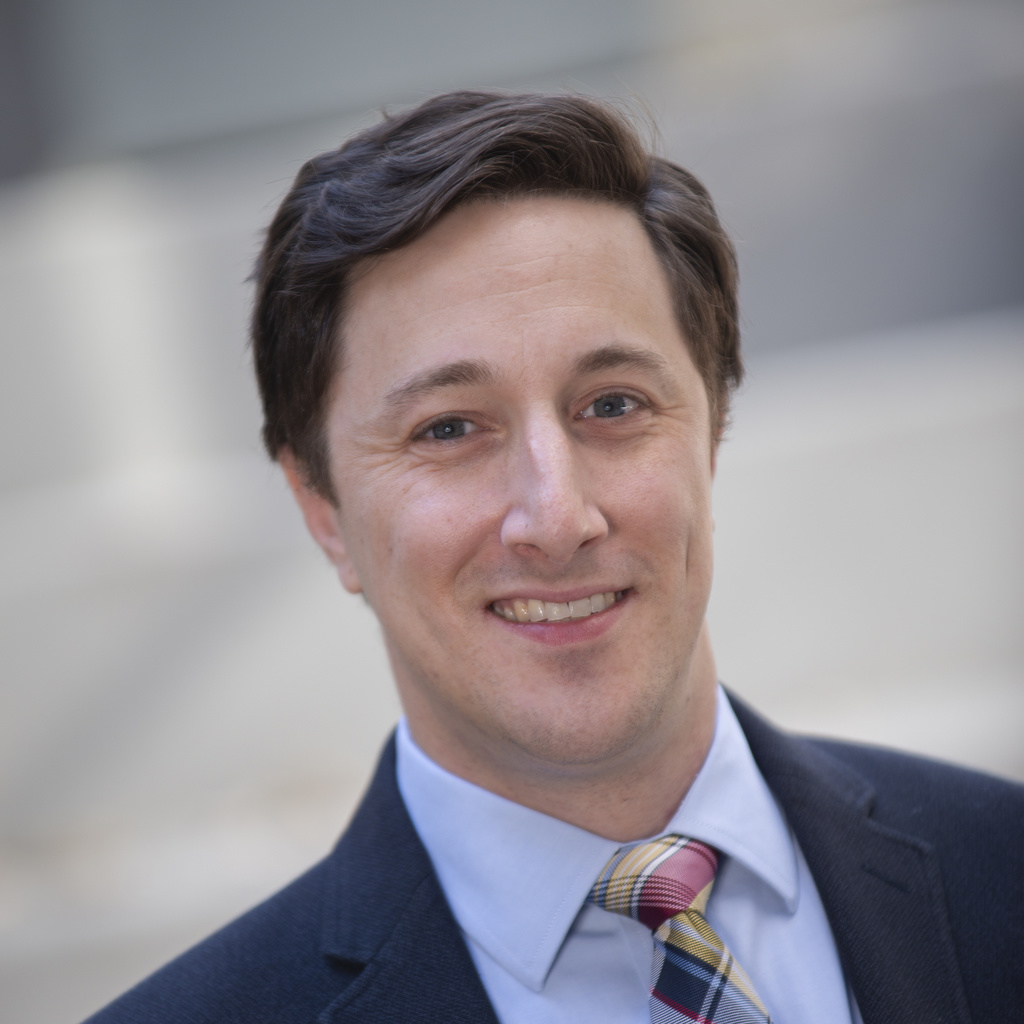 Derek Muller is an associate professor of law at the Pepperdine University School of Law.

“In a democratic society like ours, relief must come through an aroused popular conscience that sears the conscience of the people’s representatives.” So wrote Justice Felix Frankfurter in his dissenting opinion in Baker v. Carr in 1962.

It was, of course, a dissent. A majority of the Supreme Court in short order reorganized state legislatures according to its own understanding of fair representation — that population should be roughly equal in each legislative district. And the majority’s basis for doing so, Frankfurter’s dissent chided, “ultimately rests on sustained public confidence in [the Court’s] moral sanction.”

The political process is a messy thing. It is laborious to educate the public on a matter and convince them of that matter’s significance. It is time-consuming to wait through election cycles to enact political changes. Impatient litigants demand the federal courts to intervene when the political process moves too slowly.

In Lamone v. Benisek and Rucho v. Common Cause, challengers have asked federal courts to set aside congressional districting maps in Maryland and North Carolina. The challengers claim the maps are partisan gerrymanders, whereby one political party has unfairly entrenched its preferred political candidates at the expense of others to frustrate the preferences of voters — in Maryland to benefit Democrats, in North Carolina to benefit Republicans.

The debate over partisan gerrymandering is longstanding. The word “gerrymandering” stems from a map attributed to Elbridge Gerry, governor of Massachusetts and a signer of the Declaration of Independence. This problem is not some 21st century novelty, but a centuries-old issue.

The urgency of the current problem is often attributed to the improved power of computers, which can draw ever-more precise maps to advantage one political party over another or to entrench incumbent candidates over challengers. Such concerns featured prominently in Justice Anthony Kennedy’s solo opinion in the 2004 decision Vieth v. Jubelirer.

And as challengers point out, contemporary partisan gerrymandering is “made possible by modern technology and predicted by this Court and knowledgeable political scientists as a threat to representative government equal to or greater than population deviations.” Except this quotation isn’t from Lamone or Rucho — it’s from the 1984 appellate brief to the Supreme Court filed by the challengers to Indiana’s 1981 map in Davis v. Bandemer.

For more than 30 years, then, challengers have repeated these ever-increasing “threats” to democracy and sought to flatter the federal judiciary as democracy’s last hope. Challengers to these maps crave the opportunity to take every lost election to a federal court and cite the latest political-science data as a basis for that court to undo what the political process has done.

The theories for how best to measure a partisan gerrymander, and about which of these standards are best suited for the federal judiciary, have changed over the years. A triptych of theories in dissenting opinions back in 2004 have fallen out of favor as newer theories have been litigated. At the oral argument in Gill v. Whitford, Justice Elena Kagan expressed her belief that Wisconsin’s map “goes over pretty much every line you can name,” but she struggled to find a limiting principle so that the Supreme Court did not “create a world in which in every district somebody can come in and say: A-ha, there’s been a violation of partisan symmetry; we’re entitled to a redrawn map.” Lurking behind the litigation, then, is a concern about identifying some limiting principle for the federal judiciary — one sufficient to attract the votes of five Supreme Court justices.

Beyond the matter of the proper measure is the matter of law. For years, proponents have tried to shoehorn partisan gerrymandering into some clause of the Constitution. Early litigation focused on the equal protection clause, a nod to the “one person, one vote” line of cases after Baker v. Carr. Justice Anthony Kennedy, the indecisive “swing” vote in these partisan-gerrymandering cases, expressed doubt about this path and suggested that the First Amendment might be the better source for such challenges.

Lower courts have taken this First Amendment theory and developed creative legal fictions. Take one from the Maryland litigation. The federal court cited the freedom of association line of cases as a basis for a partisan-gerrymandering claim.

The freedom of association cases rest on the precarious notion that candidates and voters have a First Amendment right to associate with one another by means of the ballot. When a state enacts a law that makes it more difficult for voters and candidates to associate with one another, courts scrutinize that law in line with the character and magnitude of the burden placed upon that right of association. If, say, a law makes it too difficult for the Socialist Party’s preferred candidate to appear on the ballot, or if a voter-identification law makes it too difficult for voters to cast a vote, then the law may fail.

But this longstanding line of cases deals with the ability or the inability of voters and candidates to associate with one another. It doesn’t extend to the quality of that association. You could vote for the Socialist Party candidate, or you could show the proper form of identification and cast a ballot, but your candidate might ultimately lose. The typical associational election cases do not include some qualitative measure of association.

The Lamone court, however, found this burden among Republican voters: “a lack of enthusiasm, indifference to voting, a sense of disenfranchisement, a sense of disconnection, and confusion.” Voters could associate with any candidate of their choice, but the court found a novel associational infringement because the map diminished the quality of that association.

Kagan articulated a version of this theory in Gill to provide future litigants a potential roadmap to a successful claim. But it seems unlikely that “a sense of disconnection” will be enough to attract five justices’ support for the plaintiffs’ theory.

Perhaps, in the end, the Supreme Court will ultimately recognize that in some extreme cases, as Kagan suggested at oral argument in Gill, the federal courts will step in. After all, what’s the harm in a safety valve in the most egregious cases?

The need for federal judicial intervention drops, however, when one acknowledges the power of the political process to repair redistricting wrongs. Take Lamone, where Maryland’s redistricting process is subject to a gubernatorial veto. In 2011, Maryland’s congressional districts, one of which is now being challenged by Republicans, were approved by a Democratic governor and a Democratic-controlled legislature. But Maryland’s governor is now a Republican whose term extends to 2023, and assuredly political compromise will help solve problems from the last redistricting. (The same holds true in Wisconsin after Gill v. Whitford, where a Democrat instead of a Republican holds veto power over the next round of maps.)

Despite these many political solutions, federal courts may still relish the opportunity to intervene in certain cases. But the Supreme Court hears these cases on direct appeal from three-judge panels. Most of the Supreme Court’s docket is discretionary, but an invitation for federal courts to hear more of these cases would oblige the Supreme Court to hear more of them — which it may not be excited to do. And assuredly, whatever facts the court finds problematic from the last cycle of redistricting will simply be buried deeper underground for the 2020 redistricting, in which case new theories and different evidence will be needed.

For 33 years since Davis, federal courts have unsuccessfully sought out a theory to guide federal judges in redrawing excessively partisan redistricting maps. Frankfurter’s wisdom may carry the day. Although his logic failed to persuade the court in the redistricting cases, that logic may triumph in these partisan-gerrymandering cases.

Indeed, while the federal courts have not acted, the political process has. In 2018 alone, voters in Colorado, Michigan, Missouri and Utah approved new redistricting reform measures. These states each have different plans — and those plans differ from existing plans in places like Arizona and California. It’s not clear what the “best” way to redistrict is. Years of future elections will help sort out what kinds of redistricting reform work better than others, and voters will need to be persuaded in the political arena about which methods are best.

Posted in Symposium before the oral arguments in Rucho v. Common Cause and Lamone v. Benisek