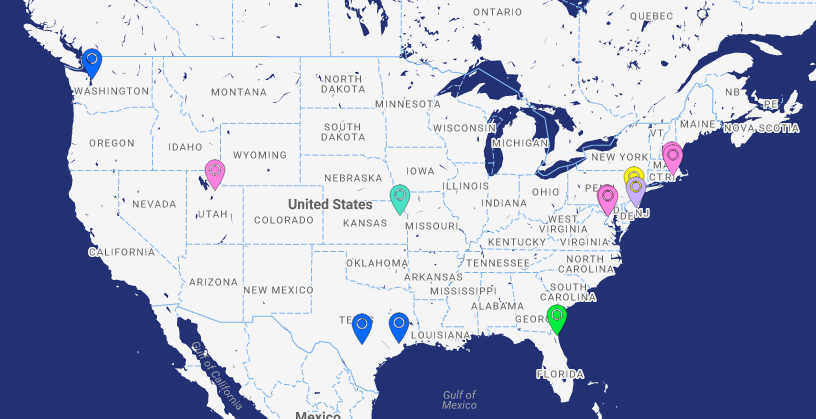 Civic education was a recurring theme in the justices’ off-bench remarks this month.

On January 11, Justice Ruth Bader Ginsburg made an appearance alongside her biographer at Georgetown University Law Center’s Week One class, “Supreme Court Topics: The Role of Dissenting Opinions.” A report on the event is available at the Georgetown Law website.

A couple of weeks later, the justice was in Park City, Utah, for the premiere of the documentary RBG at the Sundance Film Festival. In an onstage interview with Nina Totenberg of National Public Radio, Ginsburg was asked about the #MeToo movement. “It’s about time,” she responded. “For so long women were silent, thinking there was nothing you could do about it, but now the law is on the side of women, or men, who encounter harassment and that’s a good thing.” The Salt Lake Tribune, CNN, NPR and Deadline covered Ginsburg’s remarks. Video of the conversation is available online.

There was a justice for every time zone in the contiguous United States in January.

On January 22, Justice Stephen Breyer appeared at the University of North Florida as part of the school’s Presidential Lecture Series, where he warned that younger generations’ ignorance of American civics and history would prove detrimental to democracy. The Jacksonville Daily Record reports that Breyer said, “The biggest threat is that high school students and college students my grandchildren’s age—the next generation and the generation after that—do[] not understand our history, our documents, and our government.” It wasn’t all talk about the law and the Constitution, however — according to the Florida Times-Union, Breyer also ribbed the Jacksonville crowd about the Jaguars’ playoff loss to the New England Patriots. Additional coverage comes from the Jacksonville Business Journal and the UNF Spinnaker.

On January 23, Justice Sonia Sotomayor was in Seattle to help launch the Washington-specific version of iCivics (the civic-education organization founded by retired Justice Sandra Day O’Connor) and to speak at the Council on Public Legal Education’s Summit II. “No one is born a citizen,” Sotomayor told the audience. “You have to be taught what that means.” The Seattle Times and Crosscut covered the event. While in town, the justice also visited Washington Middle School.

At least two of Sotomayor’s colleagues were in the Garden State on the same day that she was in the Evergreen State. Justice Samuel Alito attended the dedication of Sunnybrae Elementary School’s Little Free Library to his mother, Rose Alito, who had served as the principal of the school. Meanwhile, Justice Neil Gorsuch delivered a speech about civility and civics at Stockton University. “For us, civics education isn’t just an ideal. It’s indispensable,” the Press of Atlantic City quoted Gorsuch as saying. “The founders gave us a Republic, but it’s for each generation to keep it.” According to CBS Philly, Gorsuch also divulged his first accomplishment as the newest head of the Supreme Court cafeteria committee: restoring the joint’s meatball subs to their former glory. “The marinara sauce had somehow been replaced by shrimp cocktail sauce. We got that fixed.” Additional coverage comes from WHYY and Stockton University News.

Sotomayor traveled to Texas next, giving a talk at the University of Texas at San Antonio on January 25 and participating in a Q&A session at the University of Houston Law Center on January 26. “You don’t have to be a Supreme Court justice to be successful,” she told students in San Antonio. “You just have to take a step every day that makes you better than where you started.” Sotomayor also addressed the mid-January visit she received from paramedics to treat symptoms of low blood sugar: “I didn’t have a scare, everyone else did. Everybody else sees it and they panic.” Coverage of her Texas tour comes from the San Antonio Express-News, KSAT-TV, Houston Public Media and the Houston Chronicle.

Justice Clarence Thomas took part in a meet-and-greet with students at the University of Kansas School of Law on January 25.

On the same day that President Donald Trump delivered his first State of the Union, Ginsburg visited Rhode Island, where she lamented the partisan animosity gripping the country. The justice ultimately landed on an optimistic note. “We will see this time end, this fierce partisanship,” she said at a morning fireside chat at the Roger Williams University School of Law. The Providence Journal and the Boston Globe summarized her RWU visit, while Rhode Island Public Radio covered Ginsburg’s evening discussion at Temple Beth-El in Providence.

Two days later, at the Adas Israel Congregation in Washington, D.C., Ginsburg spoke about the current political climate and the federal judiciary, which she called “our nation’s hallmark and pride.” Asked whether there is a moment when judges should respond to the undermining of democratic norms, Ginsburg answered: “The judiciary is a reactive branch of government. It doesn’t generate the controversies that come before it. It has no agenda; it’s reactive to what’s out there… If people ask me about an opinion, all I can say is, read it. Judges do depend on the bar to explain the importance of an independent judiciary.” On proposals to impose term limits on Supreme Court justices, Ginsburg had this to say: “It is a subject on which I am biased and prejudiced. I will admit that most countries in the world have a compulsory retirement age. Most of our states have a compulsory retirement age for judges. Some have fixed non-renewable terms. I’m grateful to the Founding Fathers for writing into the Constitution that the judges shall hold their office during good behavior.” Coverage comes from POLITICO, The Washington Post and Forward. Video is available via Adas Israel (select “Play,” then “Previous Broadcasts”).

More developments on the mask spat -- SCOTUS issues ANOTHER statement, this one from the chief justice:

“I did not request Justice Gorsuch or any other Justice to wear a mask on the bench.”

Unlike the earlier statement, this one directly disputes the original report from NPR.

This is an odd statement because I'm not aware of any reporting that said Sotomayor asked Gorsuch to wear a mask. @NinaTotenberg's story reported that ROBERTS, not Sotomayor, asked all justices to mask up. @Arianedevogue's story this a.m. also did not say that Sotomayor asked. https://twitter.com/SCOTUSblog/status/1483841138079453188

Today at SCOTUS: Two oral arguments. One is a challenge to a campaign-finance law brought by Sen. Ted Cruz. The other involves the operation of the 2018 First Step Act, which allows people who received harsh sentences under an old drug law to request reduced sentences.