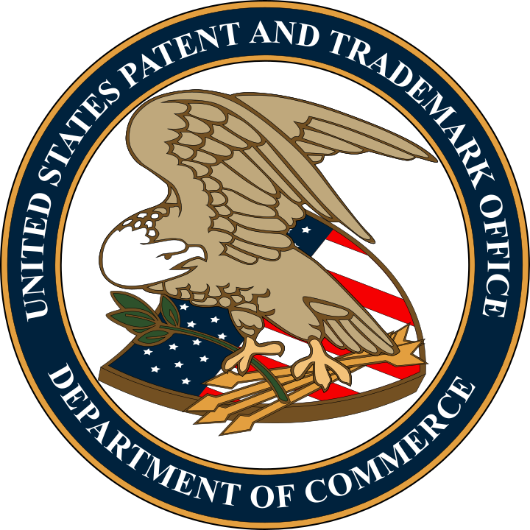 The second case of the Supreme Court’s patent day next Monday is SAS Institute v. Matal. That case should be a relief; after considering the weighty constitutional concerns summarized in my preview in Oil States Energy Services v. Greene’s Energy Group, the justices will turn to a straightforward question of statutory interpretation. The statutory provision at issue, like the constitutional problems the justices will confront in Oil States, involves the “inter partes review” process that Congress added to the patent law in 2011 as part of the Leahy-Smith America Invents Act.

As I explain in the Oil States preview, inter partes review provides a streamlined two-step administrative adjudication of the validity of recently issued patents. At the first step, the Patent Trial and Appeal Board reviews a petition challenging the patent and decides whether a full-blown review of the patent is appropriate. The statute says little about how the board should decide when a review proceeding is justified; the sole constraint bars the board from initiating a proceeding unless it determines that “there is a reasonable likelihood that the petitioner would prevail with respect to at least 1 of the claims challenged in the petition.” At the second stage, if it decides to institute a review proceeding, the board adjudicates the validity of the challenged patent, subject to review on appeal by the U.S. Court of Appeals for the Federal Circuit.

This case involves the board’s practice of limiting the scope of the review proceedings to the most serious allegations of error. Responding to the reality that patents often have numerous claims (the patent at issue in this case has 16), the board has developed a practice of instituting proceedings limited to the claims as to which it regards the challenges as substantial. In this case, for example, the petitioner, SAS Institute, challenged all 16 claims of the patent issued to respondent, a company named ComplementSoft; the board instituted proceedings limited to claims 1 and 3-10, declining to review ComplementSoft’s challenges to claims 2 and 11-16.

The problem with that partial institution of review arises at the end of the proceeding, when the statute obligates the board to “issue a final written decision with respect to the patentability of any patent claim challenged by the petitioner.” The board’s routine practice is to limit its final decision to the claims it actually has adjudicated (claims 1 and 3-10 in this case).

If upheld on appeal, the board’s final decision provides the last word on the validity of the claims that it addresses; the statute bars future challenges to those claims by the party that instituted the proceeding. The omission of the unadjudicated claims from that decision leaves those claims (claims 2 and 11-16) somewhat in limbo: The board has expressed the tentative view that the challenges to those claims are insubstantial, but without a final decision, SAS Institute cannot challenge the board’s decision on appeal. For its part, the Federal Circuit (the only court in which parties can challenge board decisions) has validated the current process. This case brings the scrutiny of the Supreme Court to bear on that problem.

As patent cases go, this one is about as straightforward as they come. It is a far cry from the murky and imprecise questions the court confronts when it considers issues of patentability (cases like Alice Corporation Pty. Ltd. v. CLS Bank International), the mind-numbingly intricate puzzles presented by specialized pharmaceutical regimes (cases like Sandoz v. Amgen), or the serious constitutional concerns the justices will have considered earlier Monday morning in Oil States. Rather, the case turns almost entirely on the statement in 35 U.S.C. § 318(a) that the board “shall issue a final written decision with respect to the patentability of any patent claim challenged by the petitioner.”

SAS’ case pretty much stands or falls on its contention that Section 318(a) “means what it says,” and that when the statute refers to any patent claim “challenged by the petitioner” it refers to the initial petition seeking inter partes review. SAS argues that the board’s practice of limiting its decision to the claims as to which it instituted review – a subset of all the claims challenged by petitioner – directly contradicts the unambiguous language of the statute. More generally, SAS criticizes the balkanization of adjudication that the PTO’s partial-institution rule generates. Because the PTO’s rule leaves the unadjudicated claims entirely outside the inter-partes-review process, those claims necessarily will be left for a separate track of litigation in the federal courts. To SAS, that result markedly undercuts the benefits of inter partes review.

For its part, the government vigorously defends the board’s practice. Four points are central. First, it is a great waste of resources for the PTO to adjudicate all of the claims presented in a petition for inter partes review. Congress gave the PTO broad and unreviewable authority to decide whether to hold those proceedings. The only guidance Congress gave the PTO was that it should only hold proceedings for cases that present substantial claims. Who can criticize a procedure that carves off the apparently insubstantial claims, preserving the agency’s resources for the adjudication of substantial claims? As an amicus (the Houston IP Law Association) emphasizes, a rule requiring the agency to hold proceedings for all claims whenever a single claim is substantial is necessarily a rule that limits the number of patents the agency can consider.

Second, it makes no sense as a matter of process for the agency to write an opinion rejecting a claim that it has not adjudicated; if the claim has not been adjudicated, it is much more sensible to leave the parties where they lie, with the preclusive effect of the inter partes proceeding limited to the claims that the agency actually adjudicates.

Third, SAS’ criticism of the balkanization that flows from the PTO’s partial-institution regime ignores the structure of the inter-partes-review process. As the government’s brief pointedly notes, the inter-partes-review statute is limited to certain specific kinds of claims (generally claims of novelty and obviousness). That limitation necessarily leaves judicial adjudication as the sole forum for all other claims (including, among other things, claims about patentability). Whatever the court does here, the process will remain to some degree balkanized.

The justices typically are quite active in patent cases. It also bears noting that the justices have shown a great willingness in the past to reject the judgments of the Federal Circuit and the PTO. Key to the argument, I expect, will be what the justices think about the PTO’s stated desire to allocate its limited resources to the most substantial patent challenges. If the justices credit that intent, it seems most unlikely that they will read the statute to prevent its implementation.