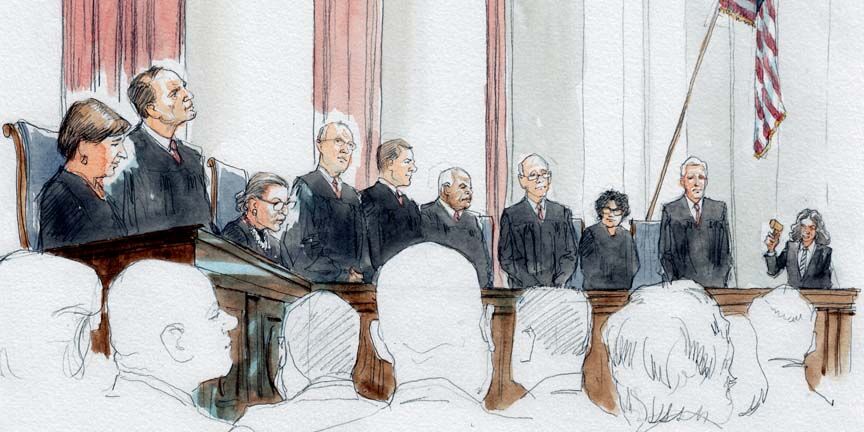 Yesterday the Supreme Court dismissed the second of the two challenges to President Donald Trump’s March 6 entry ban, Trump v. Hawaii, vacating the judgment and remanding the case to the U.S. Court of Appeals for the 9th Circuit with instructions to dismiss it as moot. Amy Howe has this blog’s coverage, which first appeared at Howe on the Court. Additional coverage comes from Lyle Denniston at his eponymous blog, Adam Liptak for The New York Times, Lydia Wheeler at The Hill, Kevin Daley at The Daily Caller, Ariane de Vogue at CNN, and Josh Gerstein at Politico, who reports that the court’s “escape from the travel ban issues could be short-lived because the same two judges who blocked the order Trump issued in March granted injunctions last week against the key portions of a revised travel ban policy the president issued last month.” Kent Scheidegger comments on the order at Crime and Consequences.