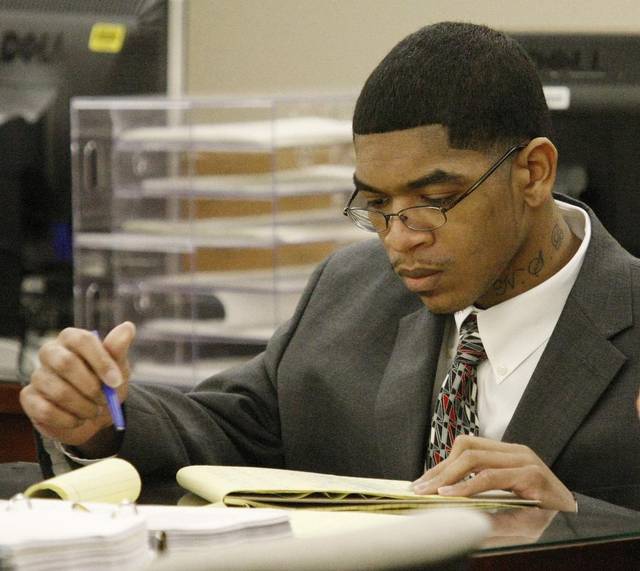 Davila was convicted and sentenced to death in 2009 for killing a woman and her five-year-old granddaughter as part of a shooting spree in which he would later claim he was aiming at an individual he (apparently incorrectly) thought to be affiliated with a rival gang. At trial, he presented two defenses: that the witnesses had mistaken him for someone else, and that, even if he was the perpetrator, he lacked the specific intent to kill the victims. The issue at the heart of the Supreme Court case involves the latter defense — and an erroneous jury instruction in response to the following question the jury sent during deliberation:

The judge, over the objection of Davila’s trial counsel, instructed the jury that “A person is nevertheless criminally responsible for causing a result if the only difference between what actually occurred and what he desired, contemplated or risked is that: a different person was injured, harmed, or otherwise affected.” This instruction misstated the relevant Texas law because, to be guilty of the relevant capital murder charge, Davila had to have specific intent to murder more than one person, but the judge’s transferred-intent instruction permitted Davila to be convicted of capital murder even if he only intended to kill the intended target, and no one else.

Despite the apparent error (and the contemporaneous objection), Davila’s counsel did not present the issue on direct appeal, nor was it raised by his counsel in his collateral state post-conviction proceeding. Thus, when he sought to raise the claim (among others) in a federal habeas petition, the district court held that it had been defaulted because it had not been presented properly to the state courts. Davila responded that, under Martinez (and the court’s 2013 ruling in Trevino v. Thaler, which extended Martinez to Texas capital cases), his post-conviction counsel’s ineffective assistance in not raising the ineffective assistance of Davila’s appellate counsel should have excused the default. The district court disagreed, and the U.S. Court of Appeals for the 5th Circuit denied Davila’s request for a certificate of appealability, reading one of its earlier decisions as foreclosing the argument that Martinez and Trevino applied to claims of ineffective assistance of appellate — as opposed to trial — counsel. The court agreed to review the question whether Martinez and Trevino apply to ineffective assistance of appellate counsel.

Not surprisingly, the briefs tell two very different stories about Martinez and Trevino, and whether their holdings should be extended to claims that a defendant’s counsel provided ineffective assistance on direct appeal, as opposed to at trial. Davila argues, with some force, that the concerns animating Martinez and Trevino — the difficulty of raising an ineffective assistance claim on direct appeal and the concomitant difficulty of raising it in a collateral proceeding in which there was no right to counsel — apply equally in contexts in which the ineffective assistance is provided in the course of an appeal: As Davila’s opening brief argues, “By definition, the effectiveness of appellate counsel will not have been raised on direct review, so a prisoner ‘cannot rely on a court opinion or the prior work of an attorney addressing th[e] claim.’” Moreover, and quoting Martinez, Davila notes that, “where pressing a claim of ineffective assistance of trial counsel may require ‘investigative work and an understanding of trial strategy,’ pressing a claim of ineffective assistance of appellate counsel would require an understanding of appellate strategy, procedure, and law.”

Davila’s brief makes the doctrinal case for treating ineffective assistance of appellate counsel the same as ineffective assistance of trial counsel. An amicus brief on behalf of the National Association of Criminal Defense Lawyers and the ACLU goes further, emphasizing the importance of effective appellate counsel to vindicating criminal defendants’ constitutional rights and “the fair administration of criminal justice.”

The NACDL/ACLU amicus brief might be especially significant in light of one of the arguments advanced by Texas on behalf of the respondent, Lorie Davis — that the right to trial counsel is meaningfully and materially different from the right to appellate counsel. The former, enshrined in the Sixth Amendment, is central to the integrity of the trial — and its dereliction comes at the expense of giving the trial court a meaningful opportunity to consider a defendant’s constitutional claims. The latter, which the Supreme Court has typically traced to some combination of due process and equal protection, does not implicate the same concerns about trial fairness. Indeed, as Texas suggests, where there is no “pure” Martinez claim, the trial court likely did confront the relevant question. Unlike in Martinez, then, it may not be the case that, but for a Martinez claim, no court would ever consider the merits of the defendant’s constitutional objection.

Of course, not all constitutional objections necessarily arise at trial, so there may be a limit to Texas’ argument in that respect — and there may be other cases in which, without a Martinez claim, ineffective assistance of appellate counsel deprives a defendant of any forum for resolution of a colorable constitutional objection. So the concern that motivated Martinez could also arise with regard to ineffective assistance of appellate counsel, even if Davila’s case does not necessarily present it.

This possibility may help to explain Part II of the state’s brief, which suggests an alternative ground on which the decision below could be affirmed — that, even if the ineffective assistance of Davila’s post-conviction counsel was cause to excuse Davila’s failure to raise the ineffectiveness of his appellate counsel, Davila was not prejudiced by either defect, and the 5th Circuit was therefore correct to deny a certificate of appealability on his ineffective assistance claim. As Texas argues, “the jury heard overwhelming evidence of Petitioner’s intent to murder multiple people and evidence supporting the alternative ‘knowing’ mental-state for capital murder.” Indeed, as the state notes, Davila confessed to intending to shoot multiple people — the question critical to whether the state proved, beyond a reasonable doubt, that he had committed capital murder.

Ultimately, how much of next Monday’s discussion focuses on the state’s alternative argument — that the court could affirm on different, narrower grounds — could be a bellwether for whether the justices are likely to reach the merits of the Martinez issue. The more the argument is devoted to whether the ineffective assistance of Davila’s appellate counsel prejudiced him, the more likely the court will leave for another day the question whether Martinez generally applies in cases in which the underlying ineffective assistance was of appellate, rather than trial, counsel. In contrast, the more the argument focuses on the constitutional importance and significance of adequate representation on direct criminal appeals, the better that should augur for the petitioner.