It probably was not a good sign for Houston criminal-defense attorney Seth Kretzer, arguing yesterday on behalf of petitioner Erick Davila in Davila v. Davis, when, early in his opening presentation, Justice Ruth Bader Ginsburg suggested that the court could decide the case on narrower grounds than those presented in his petition – by ruling that his client’s claim that his direct appellate counsel provided ineffective assistance was meritless. Kretzer did his best to persuade the justices that they should indeed reach the question presented, that is, whether a prisoner’s failure to raise the ineffectiveness of his direct appellate counsel in a collateral state post-conviction proceeding can be excused by the ineffectiveness of the post-conviction lawyer. But there seemed to be few takers across the bench for Kretzer’s argument that the Supreme Court should extend its 2012 decision in Martinez v. Ryan and answer that question in the affirmative. Indeed, if the justices are inclined to reach the question presented, it seemed clear by the end of Monday’s 59-minute argument that they would likely resolve it in favor of the respondent, Lorie Davis, director of the Correctional Institutions Division of the Texas Department of Criminal Justice. 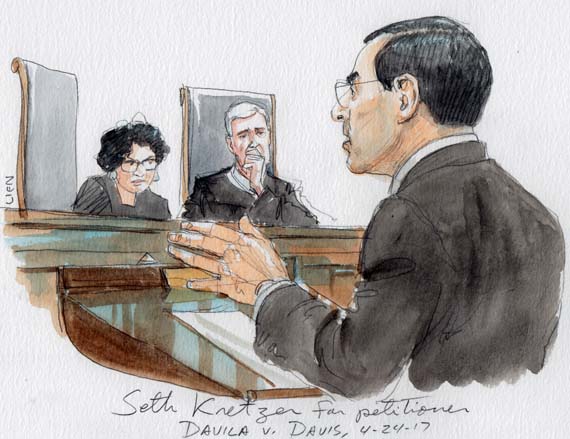 With some help from Justices Elena Kagan and Sonia Sotomayor, Kretzer responded that Martinez was not only about ensuring that prisoners had at least one meaningful opportunity to raise constitutional objections to their convictions, but also about preventing prisoners from having meritorious arguments forfeited by deficient appellate lawyers. But perhaps the dominant theme of Kretzer’s presentation was the concern raised by Chief Justice John Roberts and Justices Anthony Kennedy and Samuel Alito that extending Martinez to ineffective assistance of appellate counsel would, in Alito’s words, “blast an enormous hole in the doctrine of procedural default,” allowing federal habeas counsel to identify a range of issues not pressed by counsel on appeal and not raised in the state post-conviction proceeding that, if Martinez applied, could be litigated on federal habeas if both the appellate and post-conviction lawyers were constitutionally ineffective. And unlike Martinez and the subsequent decision in Trevino v. Thaler, which only apply to those states that either formally or functionally preclude defendants from raising ineffective assistance of trial counsel on direct appeal, extending Martinez to ineffective assistance of appellate counsel would potentially allow claims in every state, because, in every state, the collateral post-conviction proceeding is the first opportunity (whether in general or after the direct appeal) to raise an ineffective-assistance claim.

Kretzer usefully countered with anecdotal evidence about the lack of an explosion in claims after Martinez and Trevino were decided – even from the states to which they applied. But his efforts did not appear to move the needle. 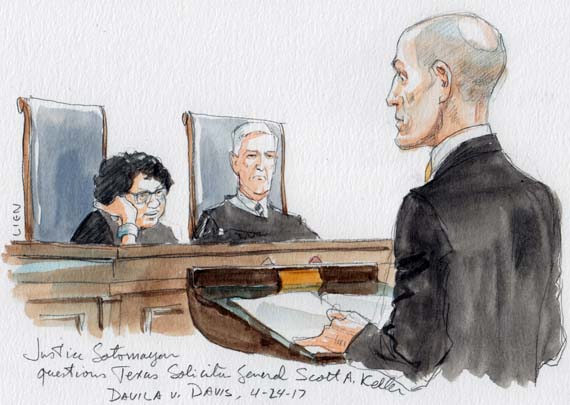 Arguing on behalf of the state, Texas solicitor general Scott Keller did not miss the opportunity to capitalize on the justices’ skepticism during Kretzer’s argument, opening with the suggestion that “[e]xtending Martinez to appellate-IAC claims will have a huge systemic cost by opening up the entire trial and everything that happened at trial to Federal habeas review.” Sotomayor, with help from Justices Kagan and Stephen Breyer, spent a fair amount of energy pushing back against various threads of Keller’s argument, but when Kennedy’s sole intervention during the state’s argument in a capital case is to “fortify” the state lawyer’s argument, it’s usually an ominous portent for the prisoner. The real question, it seems, is not whether Texas prevails in this case, but whether the justices who are less openly hostile to the prospect of extending Martinez to ineffective assistance of appellate counsel can persuade their colleagues to save that question for another day.