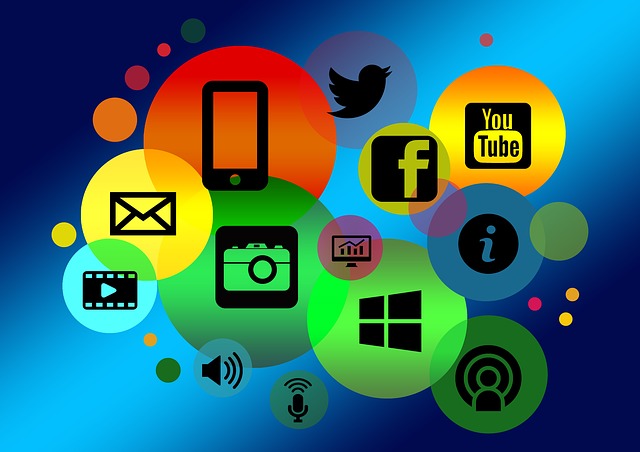 In April 2010, Lester Packingham’s traffic ticket was dismissed, prompting him to take to Facebook to celebrate. He posted that “God is Good! How about I got so much favor they dismissed the ticket before court even started? No fine, no court costs, no nothing spent . . . Praise be to GOD, WOW! Thanks JESUS!”

We have no way to know whether any higher powers read Packingham’s Facebook posts. But at least one mortal authority did: a Durham, N.C., police officer who had logged onto Facebook to see whether any registered sex offenders had been using the site. He found the post by Packingham, who had been indicted in 2002 on two counts of statutory rape of a 13-year-old and eventually convicted of taking “indecent liberties of a minor.” Packingham had been sentenced to 10 to 12 months in prison, which the judge suspended, and ordered to register as a sex offender.

Based on his Facebook post, Packingham was charged with violating a North Carolina law that makes it a crime for a registered sex offender to “access” a “commercial social networking Web site” when he “knows” that it allows minors. Packingham asked the trial court to dismiss the charges, arguing that the law infringes on the freedom of speech guaranteed by the First Amendment, but the trial court declined to do so. Packingham was convicted and received a suspended sentence. An intermediate state appellate court overturned his conviction, but the state supreme court reversed that ruling and reinstated his conviction. Last fall the justices agreed to weigh in, and next week they will hear oral argument in his case.

Defending the law, North Carolina argues that it is an essential part of the state’s ongoing efforts to protect children from sexual abuse. The sex offender registry, which allows the state and the public to track where sex offenders may be living, wasn’t enough, it explains, because sexual predators “became increasingly adept at using social media to gather intimate information about minors’ social lives, families, hobbies, hangouts, and the like. They then used this information to target unwitting victims, either in person or online.” North Carolina emphasizes that the law now before the justices doesn’t actually regulate speech by registered sex offenders. Instead, it just keeps them from accessing social networking sites. In this case, the state observes, Packingham was convicted because he went on Facebook, not because of what he said there.

Packingham counters that the law still violates fundamental principles of the First Amendment. The Supreme Court, he argues, “has made clear that receiving and ‘gathering’ information are activities fully and independently protected under the First Amendment, not conduct that may be freely regulated and punished.” But this law, in his view, does exactly that, by barring sex offenders from looking at websites the way they would look at newspapers and gathering information from those sites.

Moreover, Packingham adds, the First Amendment bars the government from punishing someone for conduct that is not criminal just because someone else’s similar conduct could be criminal. Guilt, he contends, “is personal.” But contrary to that principle, the North Carolina law does not require the government to show that a sex offender intended to cause any harm by accessing a prohibited website. “Rather,” he argues, “the law imposes punishment because access could facilitate harm if undertaken by someone with a criminal purpose.”

It doesn’t matter whether the North Carolina law regulates the content of registered sex offenders’ speech rather than when and where they may speak, Packingham contends, because the law fails even the less stringent test that applies in the latter case. First, the law is not “narrowly tailored,” because it “punishes vast amounts of protected activity to reach the minuscule fraction that implicates the government’s purpose”: It applies not only “to every site colloquially understood to be a ‘social networking website,’” but also to “many others, such as bettycrocker.com, that undeniably satisfy the broad statutory definition.” At the same time, he complains, the law is under-inclusive: The state acknowledged that Packingham would not have run afoul of the law if a friend had posted the same message for him, and the law does not apply to chat rooms or photo-sharing sites, which have “long been recognized as being at the center of online predation.”

North Carolina responds that the real question isn’t how broadly the law could theoretically sweep, but how it actually works in real life. When the law is “correctly interpreted,” the state contends, it only bars registered sex offenders from accessing “true social networking sites,” where they can link to other webpages and collect information about children. It does not, the state stresses, prohibit sex offenders from visiting other sites, such as nytimes.com, that do not meet those criteria. Indeed, the state notes, “there is not a single real-world example of any registered sex offender who has been convicted under Section 202.5 for accessing a non-social-networking site.”

Second, Packingham argues, there are alternatives that would allow North Carolina to accomplish its goal without restricting so much speech. This would include, he suggests, “a law making it a crime to access websites for nefarious purposes,” which wouldn’t violate the First Amendment rights of people who have no ulterior motives, but are instead just seeking information. Other possibilities, he posits, would include laws that punish attempts to solicit minors online. Law enforcement officials, he notes, frequently go undercover online to “identify and prosecute individuals who pose a serious threat to minors,” and those officials can monitor or investigate anyone about whom they have specific concerns.

By contrast, Packingham claims, the broad ban that the North Carolina law imposes is particularly significant because social networking sites are among the most popular avenues for Americans to “express themselves, associate, and learn important information.” In some scenarios, he points out, there aren’t actually any viable alternatives to social networking sites – for example, a 2011 “town hall” hosted by President Barack Obama was conducted solely over Twitter.

In response, North Carolina reiterates that it tried to fight child sexual abuse in other ways, but that those methods didn’t work; similarly, it dismisses the other measures that Packingham proposes as “less effective.” For example, it tells the justices, a law that makes it a crime to use “a social networking website to harvest information for an improper purpose could only be enforced after the abuse has taken place” – which would be inconsistent with its goal of preventing abuse altogether.

It has been almost two years since the justices struck down a Pennyslvania man’s conviction for communicating, via Facebook, violent threats against (among others) his ex-wife and the federal agent who visited him to investigate. Will Packingham fare as well in his efforts to use social media? We will likely know more by the end of next week’s argument.