Argument preview: What level of educational benefit is “appropriate” for children with disabilities?

The Individuals with Disabilities Education Act gives federal funds to states that agree to offer a “free appropriate public education” (FAPE) to children with disabilities. An important part of providing a FAPE is the IEP, or individualized education program, which – among other things – must set forth a plan that is tailored to the unique needs of each child with a disability. In 1982, the Supreme Court ruled in Board of Education v. Rowley that an IEP must be “reasonably calculated to enable the child to receive educational benefits.”

Next week, the court will hear oral argument in the case of a Colorado boy who has asked the justices to clarify exactly what kind of “educational benefits” an IEP must provide: Is it enough that the benefit is simply non-trivial, or does the IDEA require more? The boy and his family argue that a greater benefit is required, and that a ruling to the contrary will directly affect the quality of the education that is offered to millions of children with disabilities. But the school district where the boy attended school counters that imposing the kind of specific standard proposed by the boy and his family will create its own set of difficulties, including entangling courts in complicated inquiries that they are not qualified to undertake. 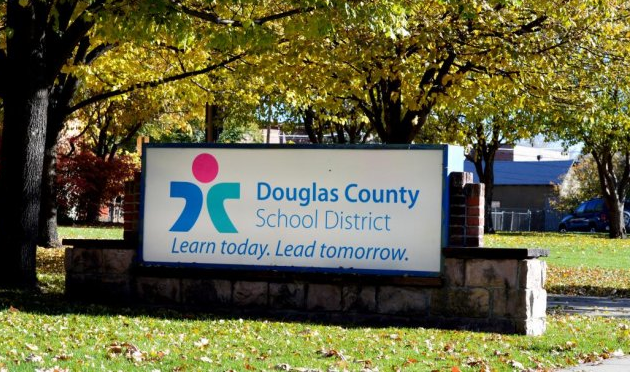 Photo by the school district

The student, Endrew F. (also known as Drew), is autistic. He began as a student in Douglas County School District in preschool and stayed there through fourth grade. During each of those school years, he had an IEP, through which he received a special-education program. However, Drew did not return to the public-school system for fifth grade, because his parents disagreed with school officials about the IEP proposed for him for that year. For example, they say, the fifth-grade IEP contained goals that closely resembled the goals for earlier years, such as mastering multiplication of single-digit numbers. Instead, Drew’s parents enrolled him in a private school – where, they note, “he has made academic, social, and behavioral progress.”

Drew and his parents filed a complaint with the state’s department of education. They claimed that Drew had been denied a FAPE, and they sought reimbursement for the tuition paid to his private school. After a three-day hearing, a hearing officer ruled for the school district, finding that Drew had made “some academic progress” while in public school.

Drew and his parents then filed a lawsuit in federal district court, which also sided with the school district. On appeal, the U.S. Court of Appeals for the 10th Circuit upheld that ruling. It reasoned that the school district needed to try to provide Drew with an educational benefit that was “merely more than de minimis.” And under that test, it concluded, Drew’s proposed IEP was “substantively adequate.” Drew and his parents then asked the Supreme Court to weigh in, which it agreed to do in late September of 2016.

The federal government filed a brief supporting Drew and his parents. The Supreme Court, the government notes, indicated in Rowley that the requirement of a FAPE imposes on states a duty to ensure that children with disabilities have “access” to an education that is “meaningful.” That “meaningful access” requirement, the government continues, “is most sensibly understood” to require states to provide each child with disabilities with “an opportunity to make significant educational progress” – a much higher standard than a “more than de minimis” benefit.

The school district also relies on the court’s decision in Rowley, but to support a very different conclusion. In the school district’s view, Rowley squarely answers the question presented by this case, indicating that the IDEA does not “prescribe the level of education to be accorded handicapped children.” Instead, the school district contends, the court in Rowley made clear that a child with a disability receives an “appropriate education” as long as that education is “personalized” and “sufficient to confer some educational benefit.” Other provisions of the IDEA, the school district points out, help to “ensure that children will and do receive a high-quality education”; there is no need to impose a more specific standard.

The more specific and exacting standard proposed by Drew’s family and the federal government would, the school district argues, have two undesirable consequences. First, it would require courts to get embroiled in exactly the kind of “educational policy disputes they lack the specialized knowledge and experience necessary to resolve.” The school district observes that this case itself illustrates the complexity of such disputes, because Drew’s family and the federal government cannot even agree on what the IDEA requires: The family suggests that Drew is entitled to the same opportunities provided to children without disabilities, but the government posits that an IEP must provide “an opportunity to make significant progress.” Moreover, the school district adds, neither Drew and his family nor the federal government has indicated what, under these standards, Drew’s “fifth-grade IEP ought to have said. And if they cannot say, it is hard to imagine how a court could.”

Second, the school district continues, imposing the standard requested by Drew’s family and the federal government would unfairly change the rules in the middle of the game. To receive federal funds for special education, the district explains, states must agree to comply with certain requirements. However, based on the court’s decision in Rowley and the text of the IDEA, no state could have anticipated, much less agreed to, either of the more onerous standards proposed by Drew’s family and the federal government.

Drew and his family have the support of (among others) over a hundred members of Congress, who in a “friend of the court” filing criticize the “more than de minimis” standard as a “vanishingly low” one that “runs contrary to Congress’s intentions.” On the other side of the issue, a “friend of the court” brief by a group of urban school districts warns the justices that a ruling for Drew and his family could “increase both litigation and” unilateral decisions by parents to place their children in private school, which would in turn “divert significant resources from school districts’ efforts to educate other students with disabilities and those without.” These concerns and others will no doubt be on the justices’ minds when they hear oral argument in Drew’s case next week.