Argument preview: Due process and payments by defendants whose convictions are reversed on appeal 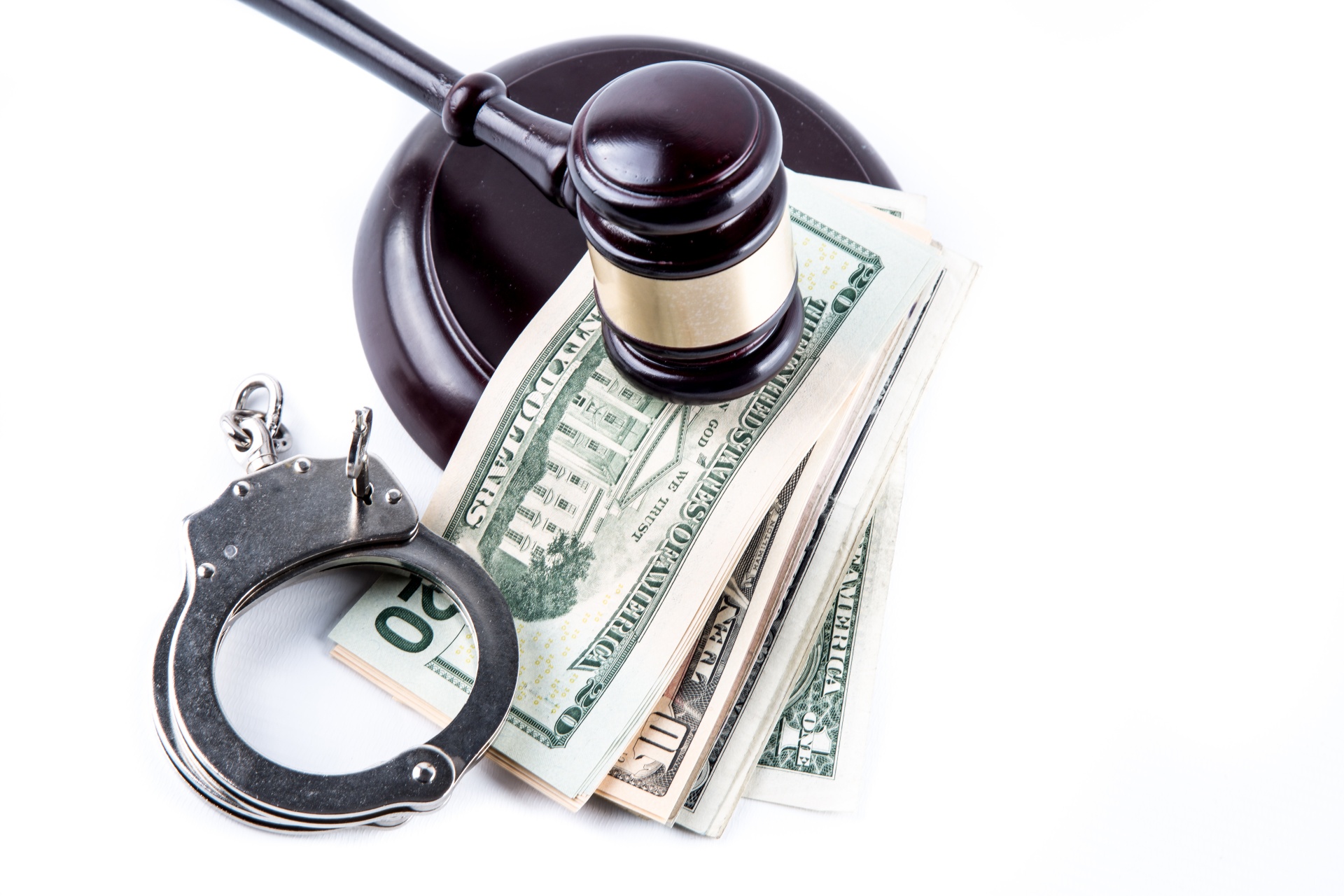 Every jurisdiction in the United States requires at least some criminal defendants to make certain payments to the government tied to their convictions. And if a defendant’s conviction is subsequently vacated – whether on appeal or through collateral post-conviction proceedings – virtually every jurisdiction directly returns those funds to the acquitted individual. Colorado does not. Instead, according to the Colorado Supreme Court, criminal defendants seeking a return of funds paid in conjunction with a later-vacated conviction must bring a separate civil suit under a Colorado statute – the Exoneration Act – in which, among other burdens, plaintiffs apparently have to prove their actual innocence by clear and convincing evidence in order to recover. The very first argument the justices will hear in 2017 – Nelson v. Colorado – raises the question whether this seemingly unique scheme violates the due process clause of the 14th Amendment.

The petitioners, Shannon Nelson and Louis Alonzo Madden, were convicted in separate trials of unrelated sexual assault offenses, and each was assessed a series of monetary charges Colorado imposes only upon convicted defendants. For example, both paid a $125 “cost” to the Colorado Crime Victim Compensation Fund; a “surcharge” of approximately $150 designated for the Colorado’s Victims and Witnesses Assistance and Law Enforcement Fund; a “docket fee” of $30–$35; a “time payment” fee of $25; and restitution totaling $7,845 in Nelson’s case and $910 in Madden’s case. Madden also paid a $128 fee for genetic testing of sex offenders; a $1,000 special advocate “surcharge”; a $45 fee for a “substance abuse assessment”; and $25 for drug testing. On direct appeal in Nelson’s case, the Colorado Court of Appeals reversed her convictions based on the improper use of an unendorsed expert witness at trial, and the jury at her second trial acquitted her on all counts. By that time, the state had already docked her inmate account $702.10 in partial payment of the amount due under the original convictions – which Nelson then asked the trial court to refund. The trial court ruled that it lacked authority to return those funds directly, and Nelson appealed.

On direct appeal in Madden’s case, the Colorado Supreme Court threw out one of the two counts on which he was convicted on the ground that the evidence was insufficient as a matter of law. The other count was subsequently invalidated on collateral state post-conviction review, and Madden was never retried. By that time, Madden had paid $1,977.75 – $1,220 in fees and $757.75 in restitution. He moved in the trial court for a refund of the total, which the trial court granted with respect to the fees, but not the restitution. Madden then appealed to the Colorado Court of Appeals, which ruled on the same day in both his and Nelson’s cases that defendants in their position are entitled as a matter of state law to a full refund of any and all monies paid pursuant to a conviction that is subsequently vacated.

The Colorado Supreme Court subsequently reversed in both cases, with Chief Justice Nancy Rice holding for the majority that no state law authorized trial courts to issue such refunds, and that the stand-alone civil remedy provided by the Exoneration Act is sufficient to satisfy whatever due process rights individuals in Nelson’s and Madden’s position might have. Because neither Nelson nor Madden had sought a remedy under the Exoneration Act before the statute of limitations in their cases had run out, the Colorado Supreme Court held that it did not need to determine whether they could have obtained a remedy had they pursued such relief.

Dissenting, Justice William Hood argued that the Exoneration Act was not the remedy the Colorado legislature intended for defendants in Nelson’s and Madden’s position, because, as its name suggests, the act was passed to provide stand-alone civil remedies (including $70,000 in damages for every year wrongfully spent in prison) to prisoners who are exonerated well after their convictions – and not refunds to defendants whose convictions are simply reversed on direct appeal. In any event, Hood explained, the Exoneration Act was clearly inadequate as a remedy for defendants like Nelson and Madden, because it required them to prove their actual innocence by “clear and convincing evidence,” and — because the Exoneration Act claim would be brought in a separate civil case — to do so without a right to counsel. As a result, he concluded: “Defendants with meritorious claims paying hourly rates could find themselves throwing good money after bad, while the relatively low amounts available will likely prevent most defendants from retaining counsel on a contingency basis.”

One of the strangest things about the briefing in this case is how differently the parties frame the issue in their briefs. Nelson and Madden present the question as a straightforward and classic procedural due process claim – focusing on why the Exoneration Act (the remedy the Colorado Supreme Court identified for individuals like Nelson and Madden) fails to satisfy the familiar three-part balancing test of Mathews v. Eldridge. Among their other points, Nelson and Madden argue that because the Colorado scheme, as interpreted by the Colorado Supreme Court, places the burden on defendants to prove their actual innocence by clear and convincing evidence just to get their money back, creating a substantial risk that defendants will not receive refunds, the scheme violates due process.

In its brief on the merits, Colorado paints Nelson and Madden as seeking a new substantive due process right to “an automatic monetary judgment against the State when a criminal conviction is overturned or vacated,” and devotes ten pages to explaining why no such right should be recognized. Turning only then to the procedural due process argument, the state first maintains that Mathews is the wrong standard – and that, because the matter arises in the context of criminal procedure (even though the Exoneration Act is a civil remedy), the narrower framework articulated in Medina v. California and Patterson v. New York should apply. Either way, the state argues, it has an interest in ensuring that “any compensation awarded after a conviction is overturned comports with equitable principles.”

In their reply brief, Nelson and Madden suggest that the state’s framing turns on the mistaken notion that they are seeking some kind of stand-alone compensation from the state – a “monetary judgment.” Instead, they argue, they are simply seeking the return of money that is legally their property, at least once their convictions are vacated. Otherwise, Nelson and Madden maintain, the necessary implication would be that a state “owns” any funds paid pursuant to convictions that are subsequently reversed – which would be “tantamount to charging defendants for the privilege of being tried unlawfully.”

Although it is often difficult to predict from an oral argument how the justices are likely to rule, the sharp distinctions in how the parties have framed the issue in this case may allow for more than the usual tea-leaf reading at next Monday’s argument. The more the questioning focuses on distinctions between the different types of payments made by Nelson and Madden, and the state’s interest in collecting and preserving those funds, the more it may bode well for Colorado. But the more the justices’ attention appears drawn to how poor a fit the Exoneration Act actually is for defendants like these, the more likely the court will be to reverse. After all, as Nelson and Madden conclude in their reply brief, Colorado appears to be the first and only jurisdiction in the United States “to require successful appellants to prove their innocence by any standard to get their money back when their convictions are reversed.” If that fact seems to trouble enough of the justices during their first argument of the new year, then a reversal may well be in the offing.

Recommended Citation: Steve Vladeck, Argument preview: Due process and payments by defendants whose convictions are reversed on appeal, SCOTUSblog (Jan. 3, 2017, 10:31 AM), https://www.scotusblog.com/2017/01/argument-preview-due-process-payments-defendants-whose-convictions-reversed-appeal/