The first week of the November session brings the justices once again to the False Claims Act, with Tuesday’s argument in State Farm Fire & Casualty Co. v. United States ex rel. Rigsby. In case you’re neither in the business of defending government contractors nor a regular reader of this blog, the False Claims Act is a 19th-century statute that permits private “relators” who learn of fraud in federal government contracts to file suit against the malfeasant contractor. The federal government receives notice of the suit and can take control of the litigation if it wishes. If the government takes control of the litigation, the relator receives 15-25% of any award; if the government declines to take control, the relator receives 25-30% of any award. 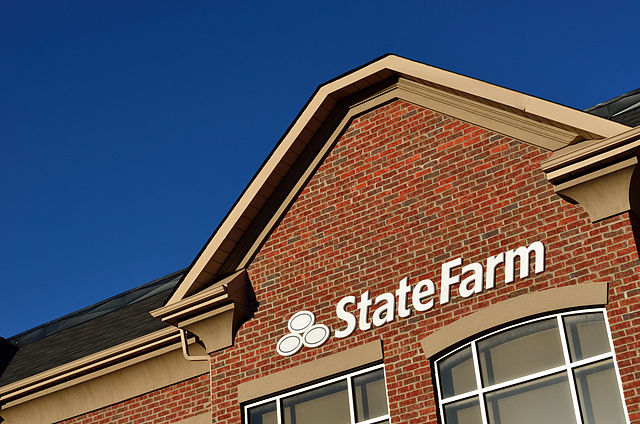 To appreciate the significance of the False Claims Act (and this case), it is important to understand that litigation under the act has grown remarkably in recent years. It also is relevant that the False Claims Act provides for treble damages, mandatory minimum penalties, and recovery of costs, including attorney’s fees, making successful litigation quite lucrative. Contractors have complained bitterly about what they regard as unduly lax applications of the statute by the lower courts. In last term’s decision in Universal Health Services v. United States ex rel. Escobar, the court accepted the doctrine of “implied certification” that lower courts had articulated as a basis for liability under the False Claims Act, but called for “rigorous” and “demanding” attention to the statute’s materiality and intent requirements.

This case involves the “seal” requirement of the False Claims Act, which states that a complaint must be filed under seal so that the government can decide whether to take control of the litigation before the allegedly malfeasant contractor learns of the lawsuit. Among other things, that minimizes the risk that the defendant’s knowledge of the suit might compromise ongoing criminal investigations that the government would prefer remained secret. The False Claims Act does not state, however, what happens if a relator violates the seal requirement. This case presents that problem.

The litigation involves government-backed flood-insurance policies administered by the petitioner, State Farm. The relators (respondent Cori Rigsby and others) were claims adjusters involved with claims under those policies in the aftermath of Hurricane Katrina. They allege a scheme in which State Farm fraudulently misclassified losses from wind damage (payable under State Farm’s own policies) as losses from flood damage (payable by the government under the federal flood-insurance program). The relators eventually filed this suit presenting those allegations, but while the complaint remained under seal their attorney sent evidence about the case to a variety of news organizations and media representatives; all agree that the disclosures violated the seal requirement. Notwithstanding those violations, the case proceeded to trial, and the district court ruled against State Farm, concluding that it had defrauded the United States of $250,000 on the single representative claim involved in the trial proceeding; the total amount of losses (and State Farm’s exposure) apparently is several orders of magnitude larger. After the court of appeals affirmed the district court’s refusal to dismiss the complaint because of the violation of the seal requirement, the Supreme Court agreed to review the case.

State Farm emphasizes that the statutory language is mandatory: The act states that the complaint “shall be filed in camera,” or out of public view, and “shall remain under seal” for two months. To allow a plaintiff to publicize the case during the pendency of the seal, State Farm argues, is to ignore the seal requirement. Anything short of dismissal, State Farm asserts, essentially writes the seal requirement out of the statute. An amicus brief from the Chamber of Commerce and Financial Services Roundtable supporting State Farm’s position chronicles the rise of False Claims Act litigation in recent years. Because the brief portrays these cases as akin to the class actions that several of the justices have found abusive in recent years, it appears designed to appeal to those on the court concerned about the deleterious effects high-stakes litigation can have on large companies even when it is meritless.

A notable aspect of the presentations by State Farm and its amici is the discussion of the pressure to settle that, they claim, flows from the sizeable recoveries available under the False Claims Act. Both State Farm and the amici emphasize the connection between the publicity resulting from violations of the seal requirement and the pressure to settle, which, they argue, results from the effect of the adverse publicity on stock prices. By linking the seal violations directly to the settlement pressure, they attempt to strengthen the implied analogy to “abusive” class action litigation.

The relators make three points. The first is textual: The statute in fact does not specify any particular remedy for violation of the seal requirement. Thus, they emphasize, although State Farm is correct that the disclosures plainly violated the language of the statute, there is no “plain-language” basis for dismissal as a mandatory remedy. The relators’ second argument underscores the unseemly results that would flow from a rule mandating dismissal. On that point, they offer a parade of horribles, such as the absurdity of dismissal as a response to a disclosure that comes one day too soon because the attorney miscounted the date on which the seal requirement would expire. Third, the relators stress the systemic costs of dismissal based on what they characterize as a technicality: Dismissal of a meritorious False Claims Act case because of a procedural error, they argue, vitiates the central purpose of the statute – punishing fraudulent conduct. The relators point to this case, in which a jury eventually found State Farm responsible, as a salient example. Dismissal here, the relators maintain, would protect State Farm from the consequences of its conduct based solely on a fortuitous mistake by the relators’ counsel.

The relators also have the support of the United States. The solicitor general’s brief situates the dispute in the arena of protective orders, in which district courts traditionally have had broad discretion to fashion relief. The government argues that Congress’ failure to specify a particular remedy for violations of the seal requirement suggests an expectation that courts would use traditional processes, which afford district courts that discretion. The remedy here, the government argues – disqualifying the counsel who made the disclosures – is appropriate because the relators played no part in the misconduct and because the misconduct did not prejudice the government. The government also emphasizes a variety of other provisions in the False Claims Act that explicitly call for dismissal; the government asserts that the differing approach of the seal provisions counsels against an implied requirement of mandatory dismissal.

It is easy to see why the court agreed to review this case: The courts of appeals have been deeply divided about how to respond to violations of the seal requirement. And it is equally easy to see why State Farm has chosen to argue for a mandatory rule of dismissal; that is the most straightforward rule. The key question in the oral argument will be whether State Farm can persuade the justices who have been protective of defendants in class actions that the circumstances of False Claims Act litigation justify a similarly protective intervention. For their part, the relators and the government can attempt to play to the justices’ traditional concerns about protecting the public treasury and their previous hostility (evidenced most recently in the opinions in Escobar) to those who defraud government benefit programs.