The justices of the Supreme Court normally return to the bench to hear the first oral arguments of the new term on the first Monday in October. But this year “First Monday” coincides with Rosh Hashanah, so oral arguments in the October Term 2016 won’t actually begin until Tuesday. In the second case that day, the justices will consider the plight of Lawrence Shaw, a California man who admits that he drained, without permission, another man’s sizeable checking account. His defense? He may have taken the money, but that doesn’t justify his federal conviction for bank fraud, because he didn’t mean to defraud the bank – which didn’t actually lose any money. 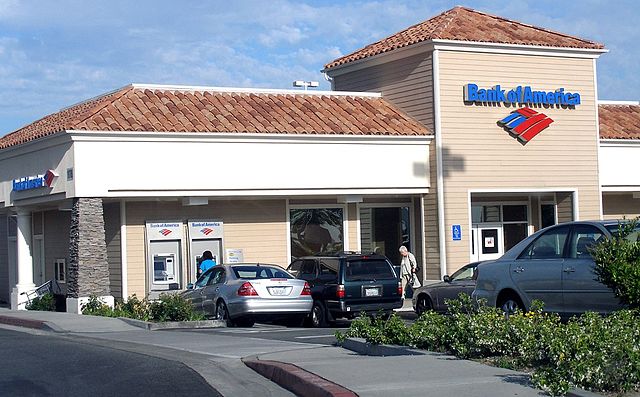 Shaw’s opportunity arose when Stanley Hsu, a U.S. citizen, moved back to his native Taiwan but kept his Bank of America checking account in the United States. Beatrice Fu, Shaw’s live-in girlfriend and the daughter of Hsu’s colleague, was supposed to send Hsu’s bank statements to him in Taiwan. But Shaw intercepted the bank statements and used the personal information in them to carry out a scheme that moved over $300,000 (nearly all of the money in Hsu’s account) out of the Bank of America account and eventually to an account at Washington Mutual that Shaw opened in his father’s name; Shaw then withdrew money from the Washington Mutual account.

When Hsu notified Bank of America of the unauthorized transfers, it was able to reverse some of them. In the end, neither Bank of America nor Washington Mutual lost any money. But Hsu and PayPal, to which Shaw had first transferred the money, were not so lucky: Hsu wound up losing nearly $175,000, while PayPal lost just over $100,000.

Shaw was indicted on charges that he had violated 18 U.S.C. § 1344(1), the federal bank fraud statute, which makes it a crime to knowingly carry out a “scheme or artifice to defraud a financial institution.” At his trial, Shaw acknowledged that he had played a role in the scheme, but he argued that his conduct did not rise to the level of bank fraud because he wasn’t trying to defraud Bank of America – just Hsu.

A federal district court rejected that argument, and Shaw was convicted and sentenced to nearly five years in prison, followed by supervised release. A federal appeals court upheld his conviction, ruling that Section 1344(1) does not require prosecutors to show that “the defendant intended the bank to suffer a financial loss.” Shaw then asked the Supreme Court to weigh in, which it agreed to do in April of this year.

In his brief at the Supreme Court, Shaw points to the plain text of the provision under which he was charged. Section 1344(1), he contends, requires an intent to “defraud a financial institution.” This clearly means, he says, that “the defendant’s objective in devising the scheme be to deceive and cheat a bank – that is, to obtain a bank’s own property by deceiving that bank.” For purposes of this law, he continues, “it is not enough that the defendant intend to obtain” property that the bank does not own but happens to control. This reading of the statute, he asserts, is consistent with both the Supreme Court’s many cases interpreting the term “defraud” as the use of deceit to deprive a victim of his property rights and Congress’ intent to punish specific crimes against banks, including check kiting.

The structure of Section 1344, Shaw argues, reinforces this interpretation. The second clause in Section 1344 makes it a crime to use false representations or pretenses to carry out a “scheme or artifice to obtain any of the moneys . . . or other property owned by, or under the custody or control of, a financial institution.” Congress thus drew a distinction in the second clause of Section 1344 – between property owned by a bank and property that a bank merely holds or controls – that it declined to draw in the first clause.

For its part, the United States agrees with Shaw that Section 1344(1) makes it a crime to carry out a scheme to deceive a bank and thereby deprive it of a property interest, but it parts ways with Shaw on exactly what constitutes a property interest for purposes of the statute. The government points out that Congress modeled Section 1344(1) on the general wire- and mail-fraud statutes, which take a broader view than Shaw’s of what constitutes a “property interest” – including “anything of material value owned or possessed.” In fact, the government suggests, Shaw would lose even under his own theory, because when a customer like Hsu deposits money in a bank, the bank then owns that money; it merely “owes a debt to the customer.”

The government rejects Shaw’s contention that the differences between the two parts of Section 1344 support his interpretation of the statute. Rather, the government argues, the two parts “have distinct but overlapping functions”: Section 1344(1) bars all schemes intended to deprive the bank of property, without requiring that a false representation be employed, while Section 1344(2) applies only to schemes that use a false representation. “Nothing,” the government continues, “suggests that Congress wanted to distinguish between deposits owned by a bank and deposits in which the bank holds possession.” Indeed, Congress considered, but rejected, a version of Section 1344(1) that would have required prosecutors to prove that a defendant intended to cause the bank to lose money.

In a “friend of the court” brief supporting Shaw, the National Association of Criminal Defense Lawyers urges the justices to look at the big picture. Obviously, the group acknowledges, the federal government has an interest in pursuing crimes directed at banks. But whether federal laws like Section 1344 should be used to target crimes – like this one – that could easily have been prosecuted under state law instead is a tougher question, and one that has resonated with some justices in recent years. By the end of Tuesday’s one-hour oral argument, we should have a better sense of how receptive the justices are to this issue and the others in Shaw’s case.